Friday’s dress started off as a piece that perhaps only a fashion history buff would bother with.

Yipes.  Lots and lots of grey-blue with an obnoxious tie neck (which I despise).  I had already begun snipping the sleeves before I took the “Before” pic for this one (I keep forgetting…I’m a blogger now!), but here’s an idea of what they started out as.

Why would I choose this dress to revamp, you ask?  Well…first off, it was only a dollar and the color kind of rocks…I just want less of it.  And most importantly, it reminds me of the dresses designed by Mariano Fortuny that were oh so chic in the 1920s-1930s.  Here are a couple of examples:

I mean, look at those pleats on the top of the dress!  Someone was definitely channeling Fortuny!

Granted, I was working with a light polyester 1970’s day dress, and not one of Fortuny’s exquisite silk satin hand-pleated tea gowns, but those sell for 5 digits, whereas I scored mine for 1 (digit and dollar).

Of course, alterations would need to be made.  As I said, I HATED that ridiculous tie neck.  Out came the scissors.

I hid where I cut the ties by widening the V-neck and pinning it to get it ready for some hand-stitchery.

Next, I decided to cut more fabric from the sleeves.  I originally wanted to keep them at a ¾ length so this dress could transition into the fall, but quickly realized that to remove the frump factor, there would have to be more severe trimmage.  Hello cap sleevelets!

The original length was mid-calf.  I was in the mood for something more fun.  Right now, I’m all about my dresses falling mid-thigh, and this one was no exception.

The last two steps were sewing the two ends of the ties together to make my simple sash to cinch the waist of the dress, and then tacking down the new V-neck with as unnoticeable stitching as possible.

And that’s it!  Viola!  I now own a lovely grecian dress that I adore.  I wore it to work all day, and continued rocking it into the evening at one of my favorite places, Cellar on Green for dinner.  They have an AMAZING and ever-changing wine selection. 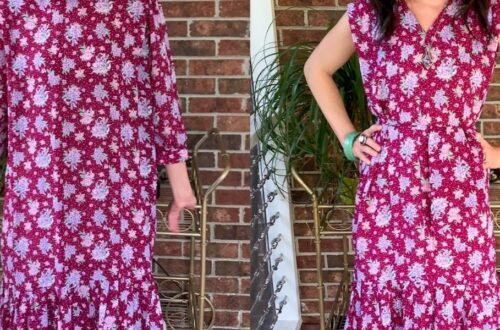 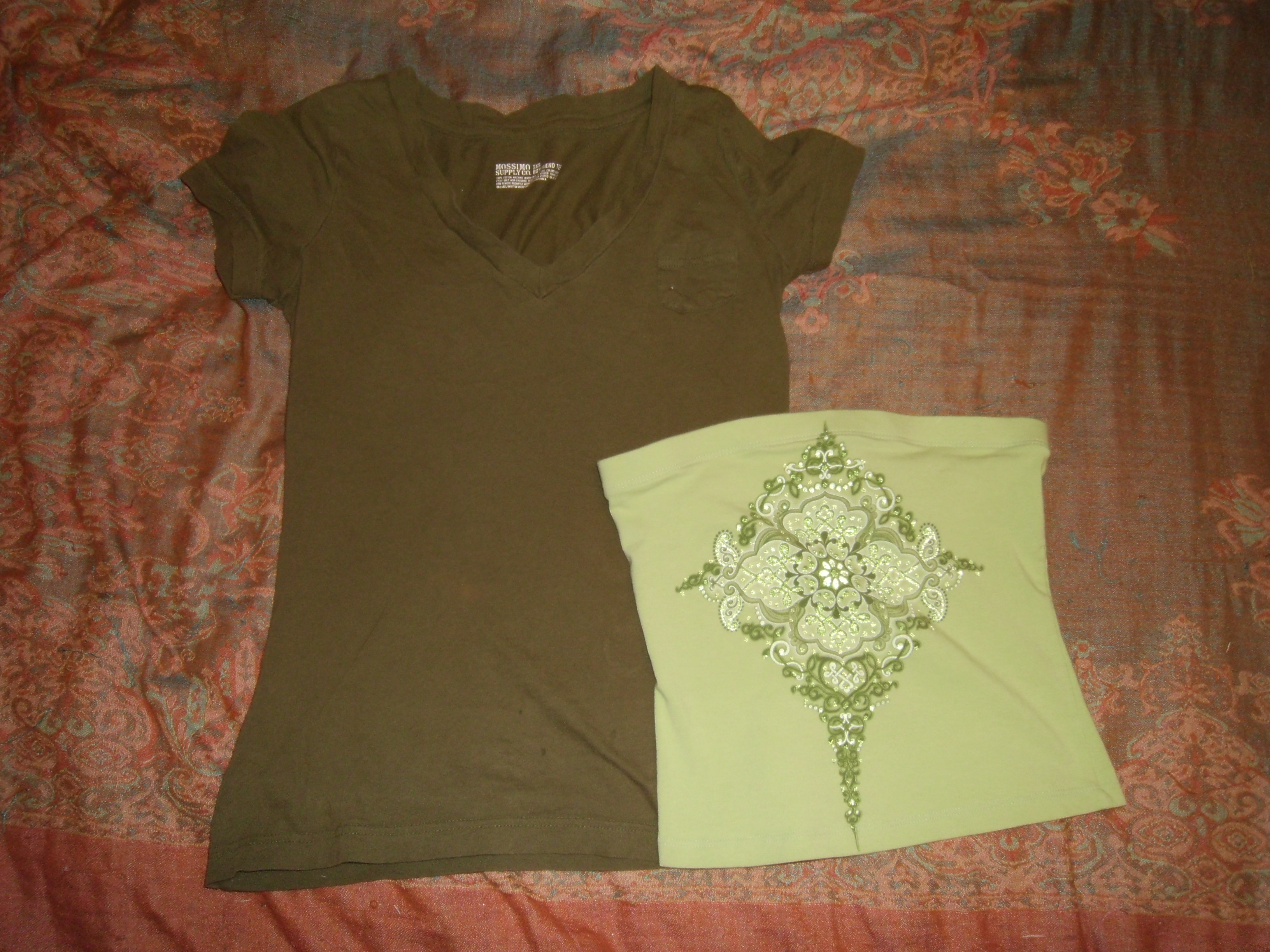 Day 62: Applique Those Holes Away! 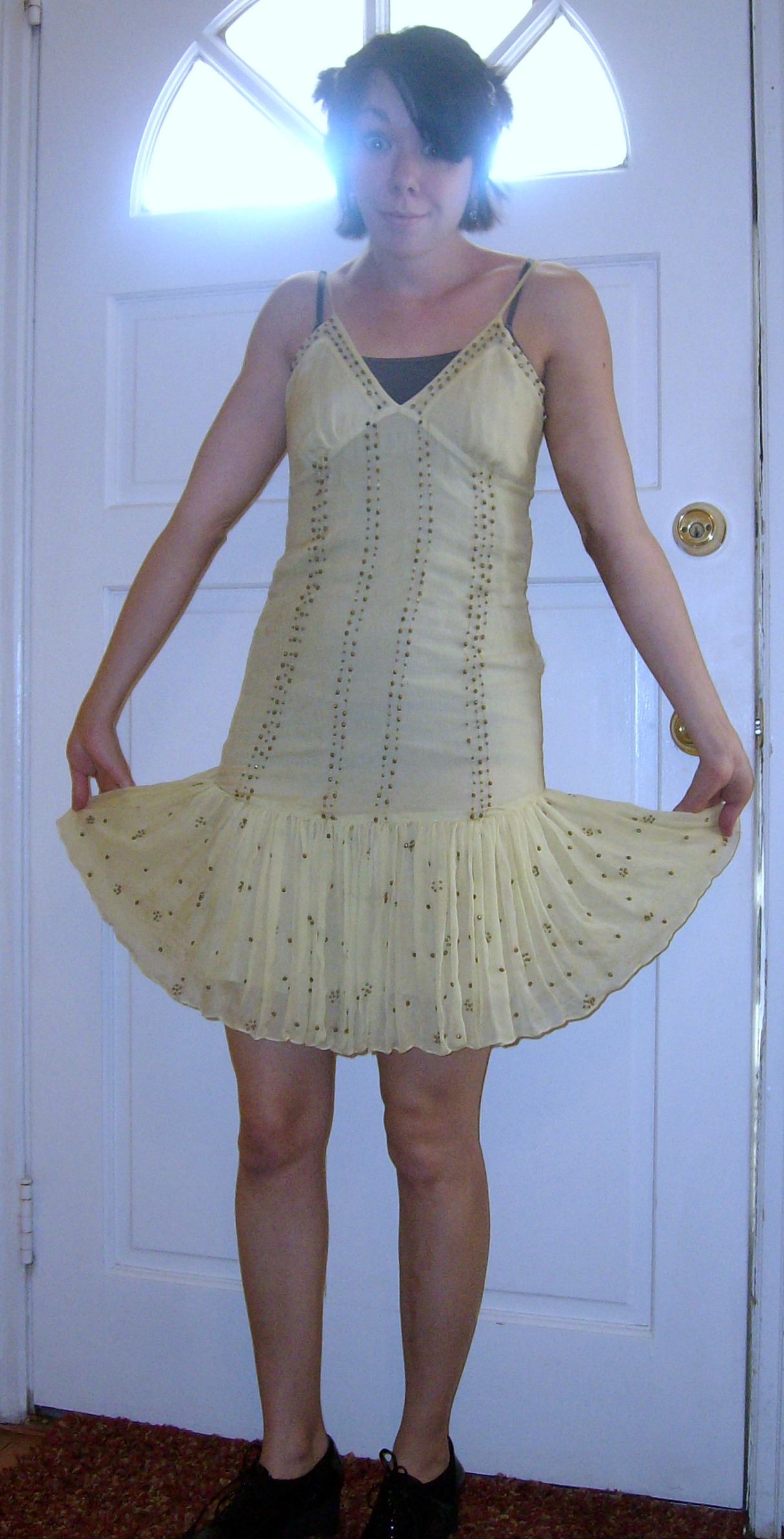 Day 2: Off the Beaded Path