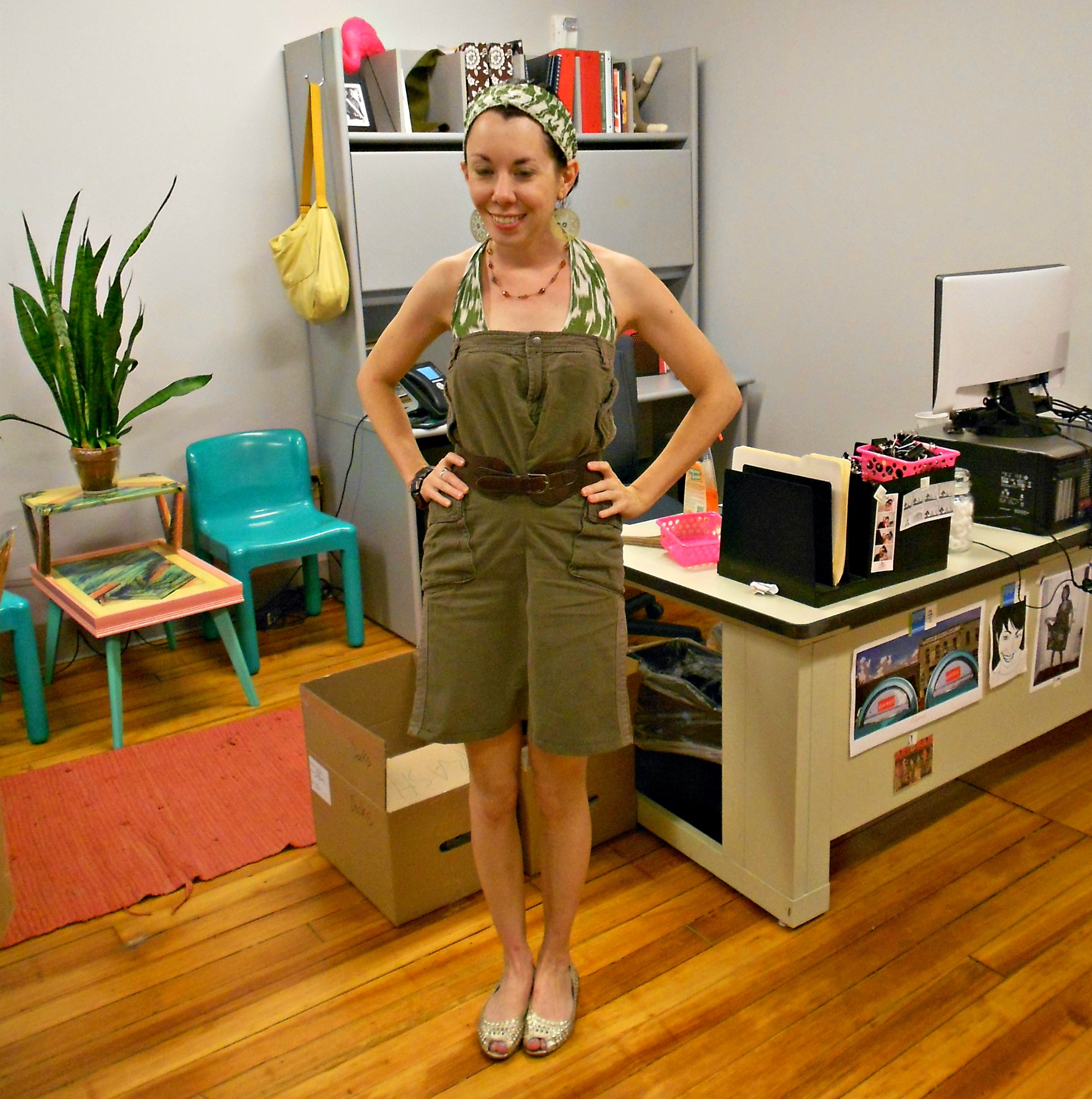 Every time I start dating someone new, a protective little voice inside me says, “Hey little buddy (I don’t know why the voice calls me that…it’s very condescending)…don’t get too excited!  This probably isn’t gonna work out for ya, M’kay?”  😉 Yes.  The voice even manages to add on a winking emoticon.  Dating so soon after the the end of a serious relationship is probably a pretty terrible idea.  But I always think to myself, “Hey!  Life is short!  Get back in there and try again!” like a punch-drunk fighter after every breakup.

So…after a short stint dating someone I really liked I was…well…dumped.  :/

It happens.  Thankfully we hadn’t been seeing each other for very long at all.  He wasn’t a jerk about it or anything and he’s not a bad guy (Just in case he’s reading this right now 😉 ). And no…there are no pics of us on this blog, so don’t even try to figure out who it was, okay?

Sorta made me feel like these cargo pants that had been dumped off at Revente’s Last Call (just go with the lousy metaphor, okay?).  Of course, they’re too big for me, but they had another issue as well!

I was just going to turn this into a skirt, but decided to try something a bit more odd with this one (disappointment breeds creativity). 🙂

I unpicked the crotch.

I unpicked all the way down each leg.  Then I put it on my dress form and got to pinning!  It was time to make this cargo skirt a cargo dress with lots of pockets…perfect for toting any residual emotional baggage!  🙂

Then, I got to sewing!

I tried my dress on, but it still needed a bit more tweaking.  I tried to keep the back pockets just as they were, but they made the back of the dress sag.  :/  So…I sewed right through ’em!  🙂

I cut off some of the length, and gave my dress a new hem.  When I tried it on, it looked pretty blah.  Then I remembered this top from Year 1.  I’d worn it all one one time, and then decided I didn’t care for it very much.  I decided to borrow its straps for my new dress!

I pinned them down, then stitched them into place.

Now my odd little dress was ready for a day at work.  The SC Arts Commission has recently moved to a new building, and I’ve been setting up my new office!  🙂

And here’s how the back turned out!

Sadly, no one at work got to see my sweet new dress, as we haven’t quite figured out how to make our new digs a normal human temperature!  I borrowed my boss’ sweater, after promising not to refashion it!  😉

As I left work that day, it began to rain.  I can not catch a break some days! As I walked the five blocks to my car, I cursed at myself for leaving my umbrella in Guywho Dumpedme’s (names have been changed to protect the innocent) car.

So I’ve decided to just not do that whole dating thing for a good bit, as apparently I’m not terribly good at it.  :/

Pass the pajama jeans and 13 cats!

I’m going to be the World’s Hottest Spinster…a Spilf, if you will!

Time to get a new umbrella.  I won’t lose it again. 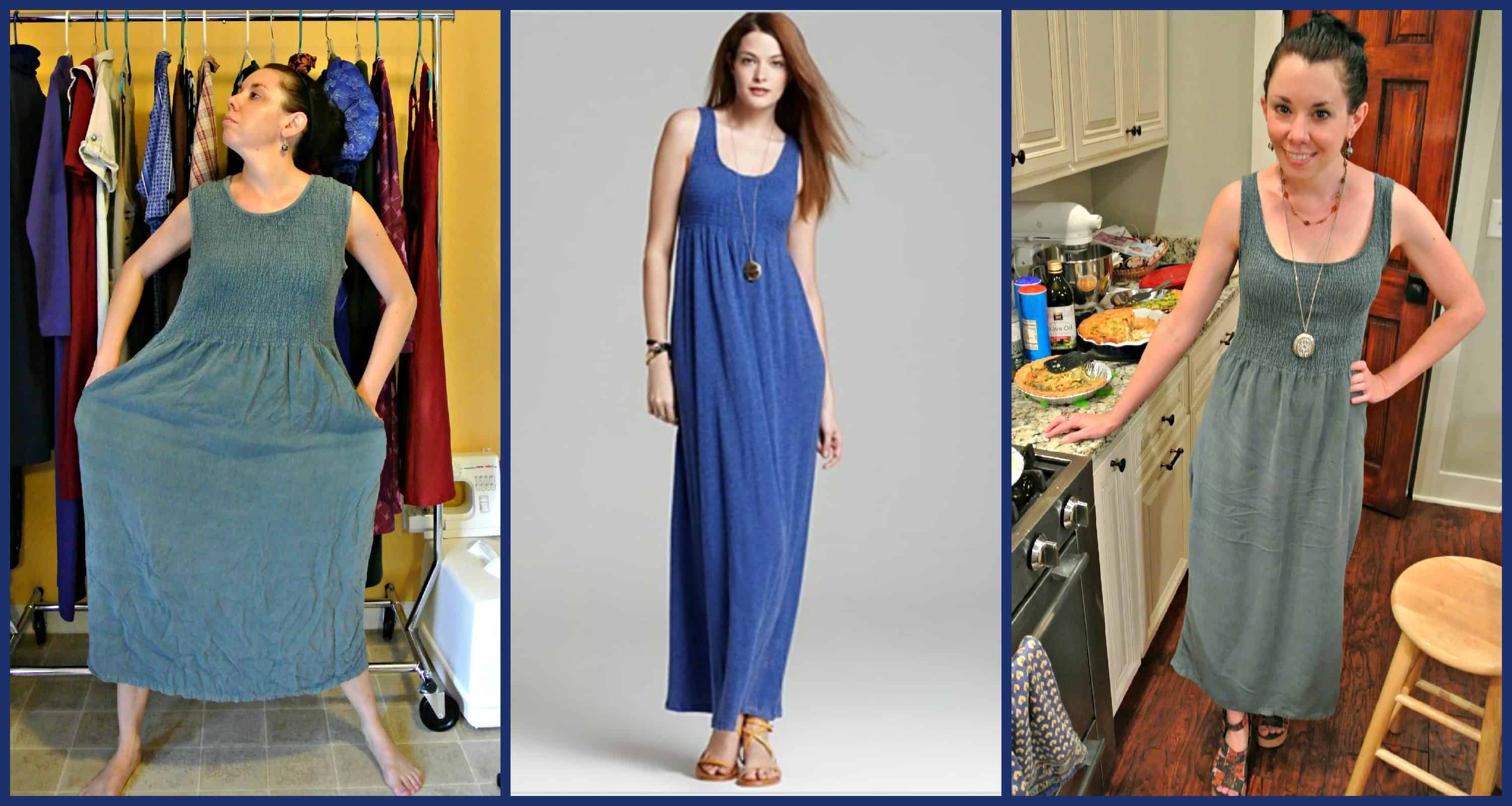 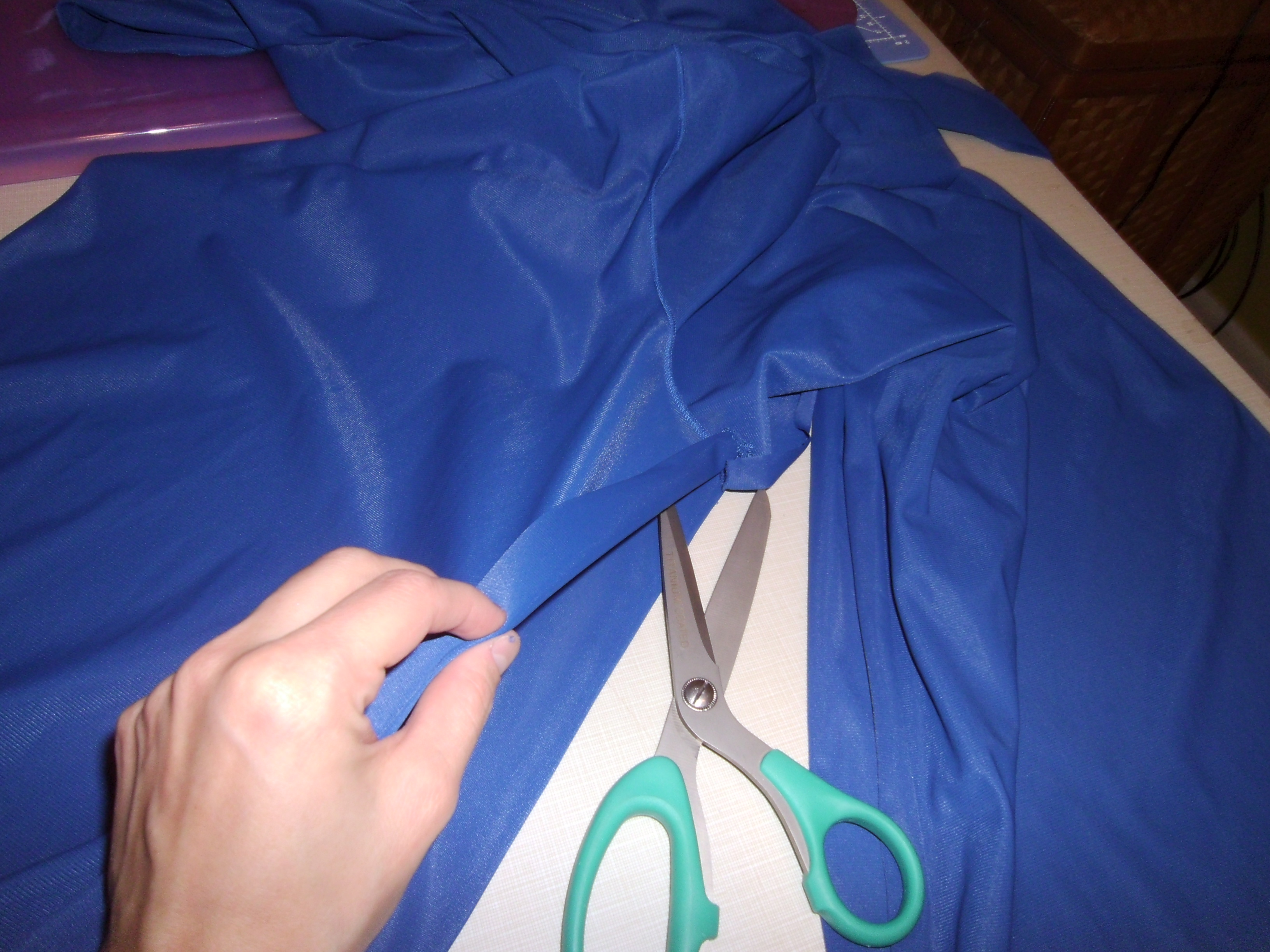 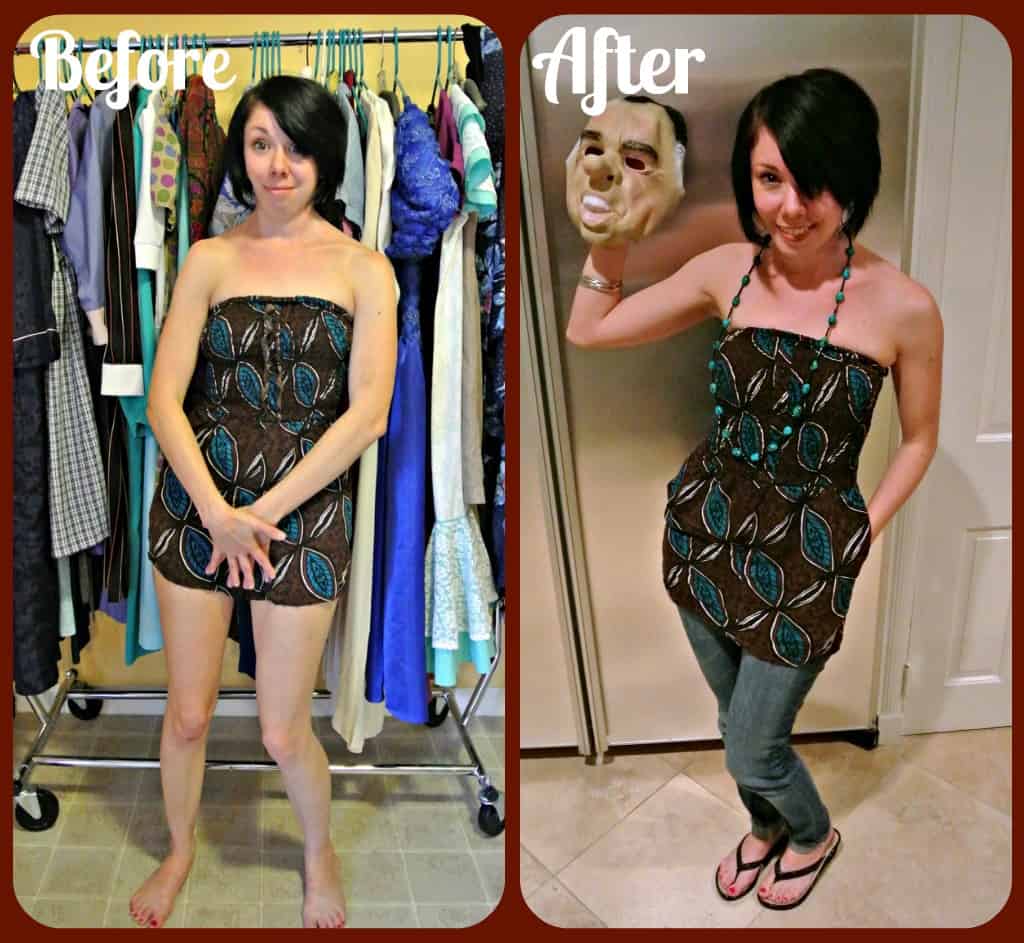