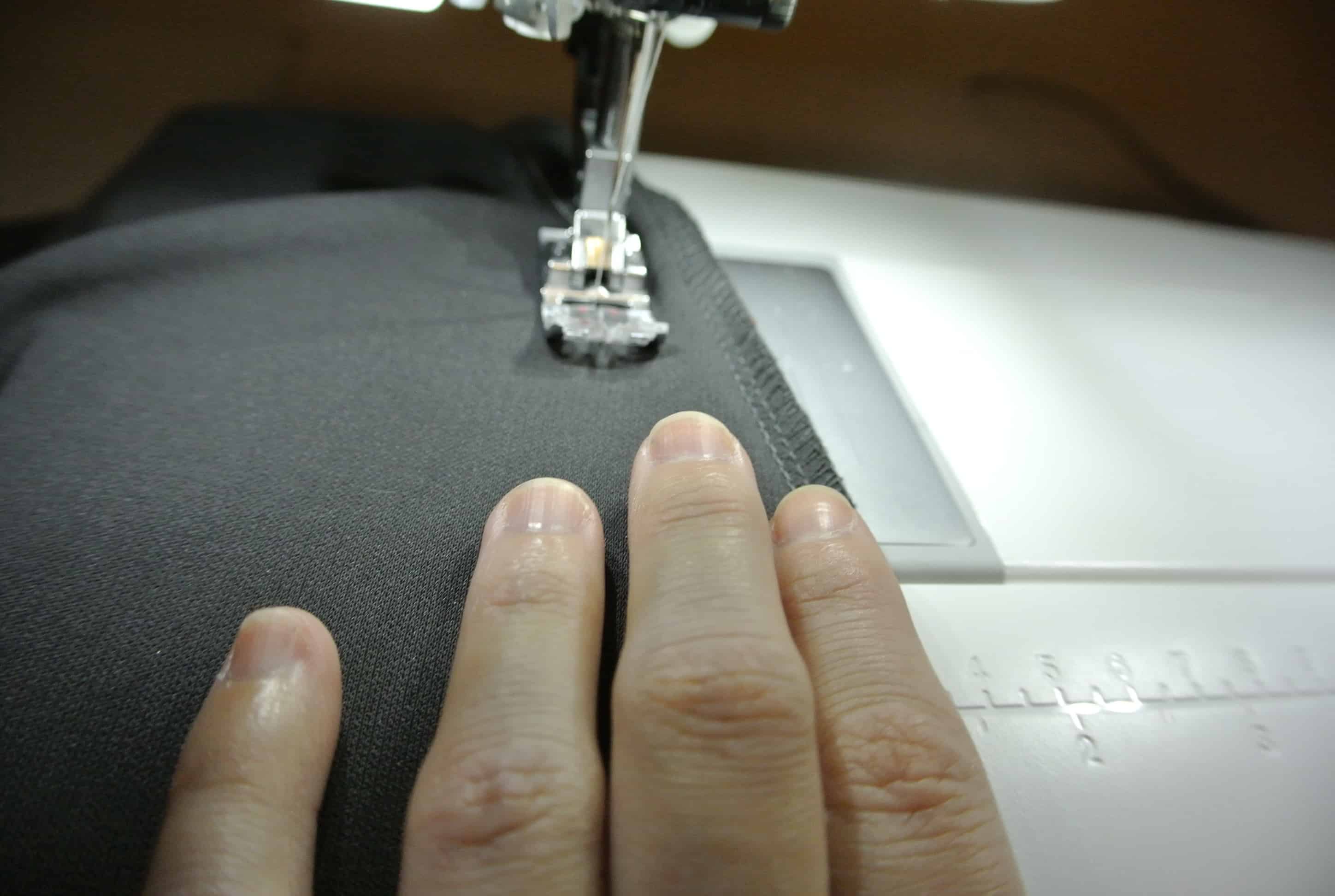 691shares
Things are Happening!
The Dress that Almost Wasn't

This dress is full of blah, but for $1 I thought I could make something better out of it!  First, I chopped off everything below the side slits that you can’t really see it the “before” pic (sorry!).

Then I gave my dress a new hem by folding the bottom under once.  Since this piece is made of a tightly-woven polyester fabric, that edge won’t fray a bit (and I needed the length).

….then used that cut-off hem to give my waist just a bit more definition.  I tied it in the front under the drapey thing.

I wore my sorta grecian dress for a ladies’ night  at 116 with two of my favorites! 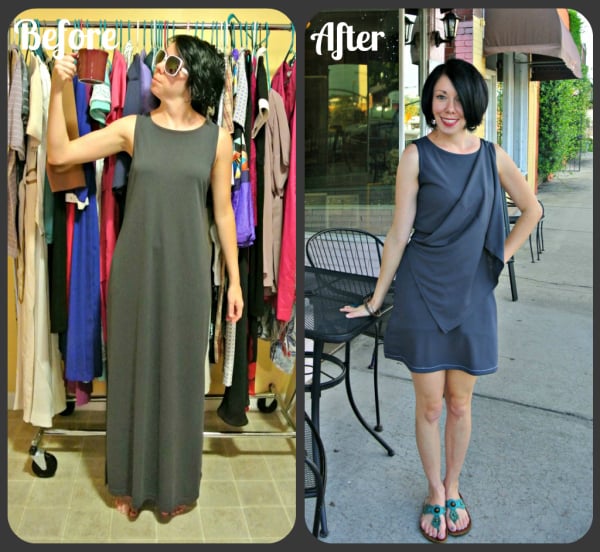 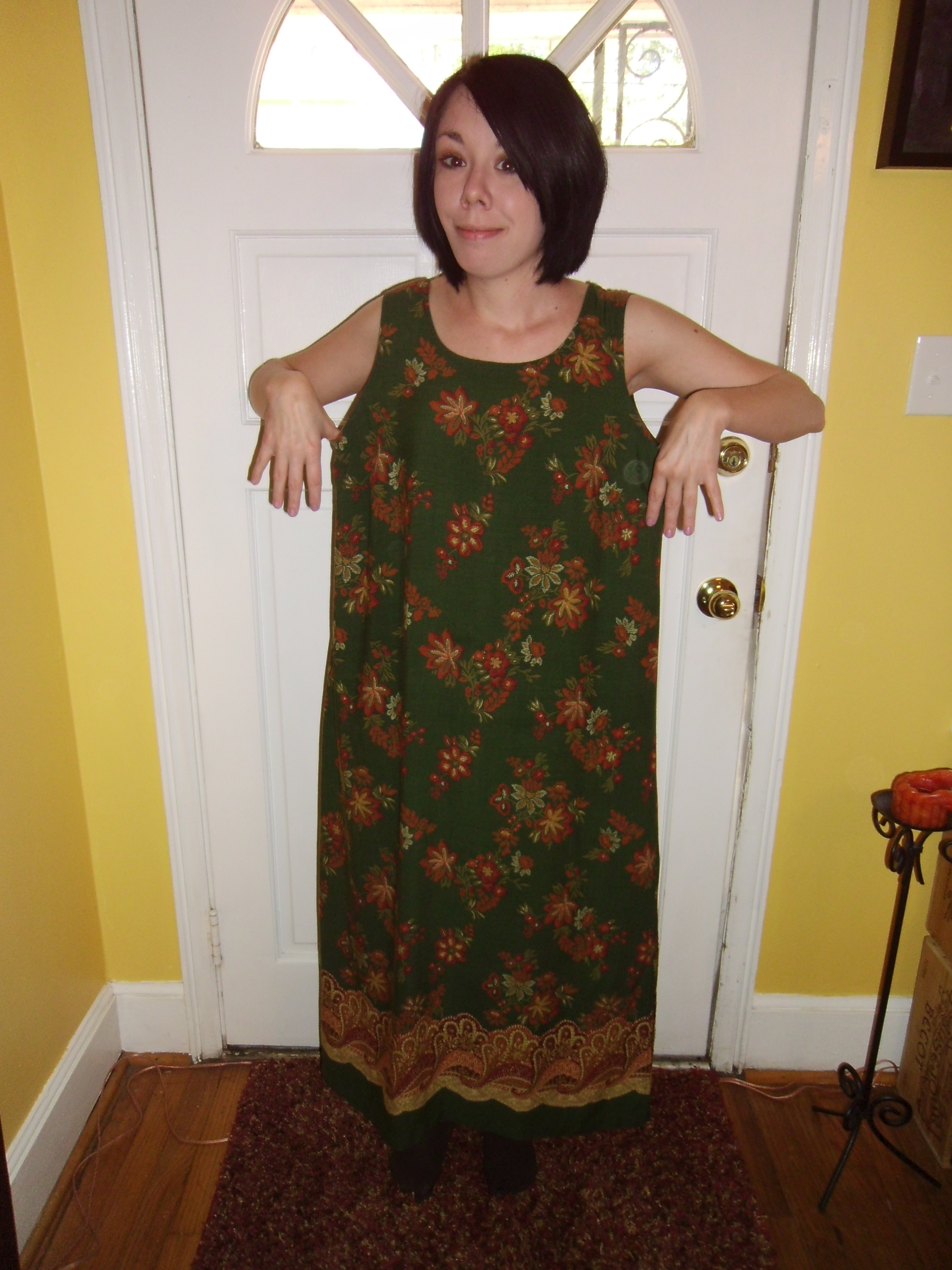 The Return of Thrift Score Thursday! 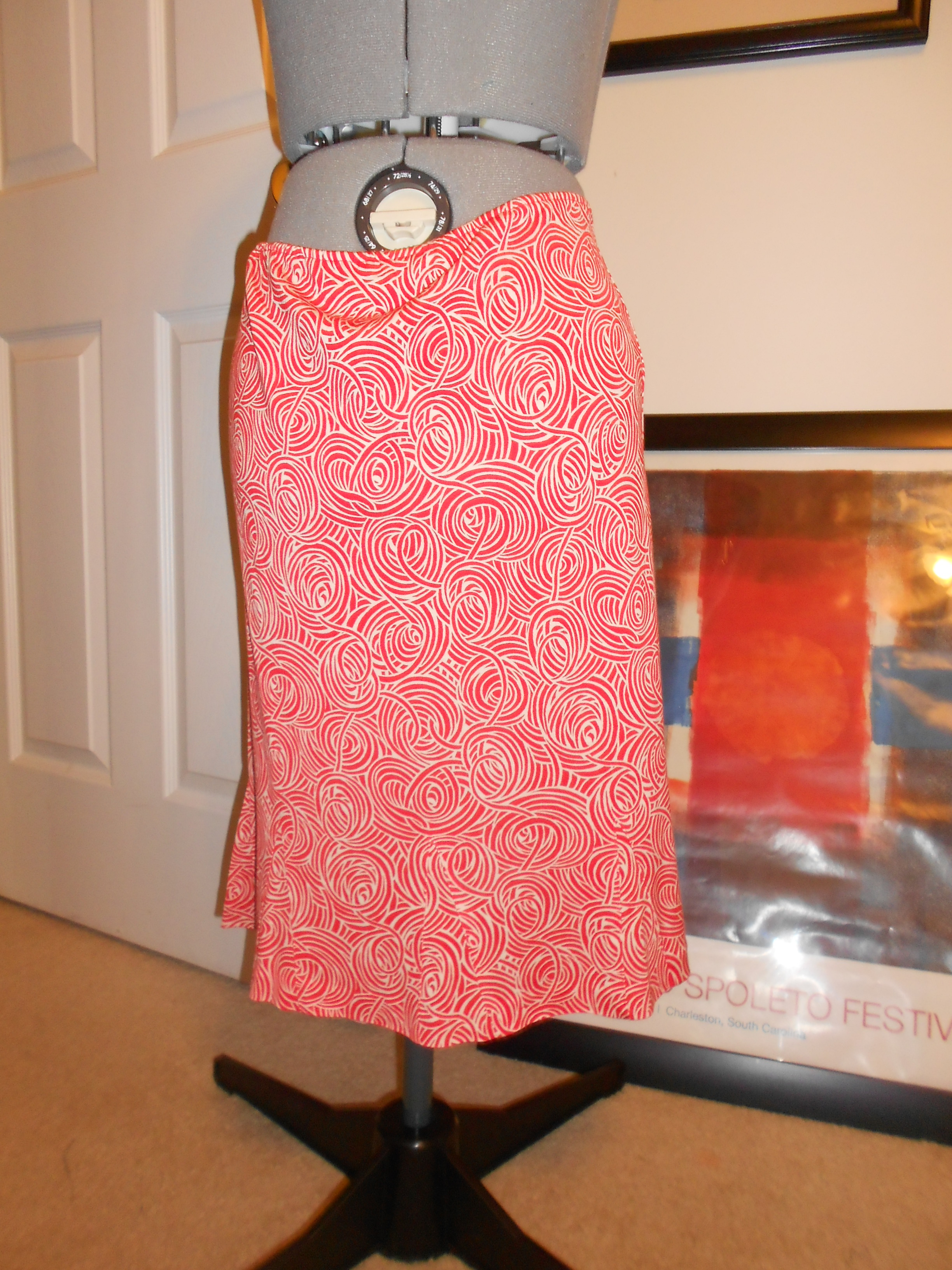