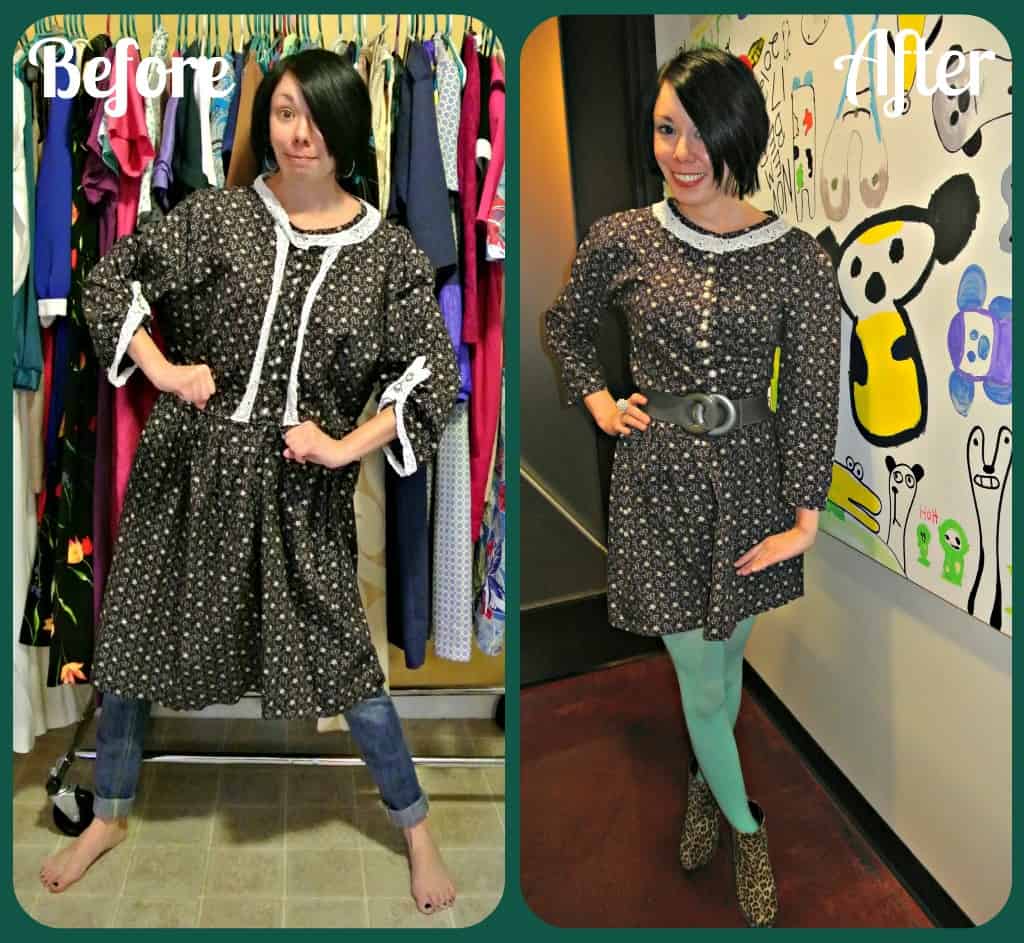 Hi guys!  I’ve been getting quite a few, “Hey…where are ya?” emails lately.  Rest assured, I’m quite thoroughly alive and well!  There’s just a lot going on right now…some of which I can’t share with you yet (but I can’t wait to!).

First off, I’ve been busy house hunting!  My landlord is selling my house, and I’ve decided to buy one.  🙂  This will be my first foray into home ownership, and I’m actually pretty excited about it.  I’m really going to miss my current abode though.  I don’t think I realized how much I liked it until I found out it’s being taken away (#metaphor)!  :/

Other than that, I’ve been busy spending time with friends & my new(isn) fella and trying to keep warm in this cold snap that’s hit SC so very hard.  It’s hard to refashion when you just want to hide under warm sweaters and fleece-lined leggings every day!  The time I usually spend sewing has been spent cooking tasty warm things for my favorite people.  🙂

But when I flipped through my refash rack the other day, I saw this sad frock and knew I had to do something with it!

This dress was a challenge.  It’s handmade, but not very well.  :/  The hem was uneven and a lot of it was hastily sewn together.  It was also riddled with holes along the seams.

I can still work with this, though!  To get started, I did a bit of de-doilying!

The lace bits were only loosely hand-sewn, so removing most of them wasn’t very hard or time-consuming.

Now that those doily bits were gone, I was ready to do some reshaping!

My frock was looking much better, but I still needed to deal with that too-long/unevem hem.  To do this, I measured from the waist of the dress, rather than the bottom.  I marked along the edge, then snipped away!

I then stitched down that raw edge.

After a good press, I think my dress looks quite sweet!

It’s a bit more cutesy/girly than I usually go, so I spiced it up a little with my fave leopard print boots and minty green tights.

I wore my new dress to The Nickelodeon to check out one of my new favorite horror films, The Babadook!

Of course, it’s pretty chilly here, so most folks only got to see my new frock like this:

Now that that fearsome frock has been conquered, the only thing I have to fear is Mr. Babadook! 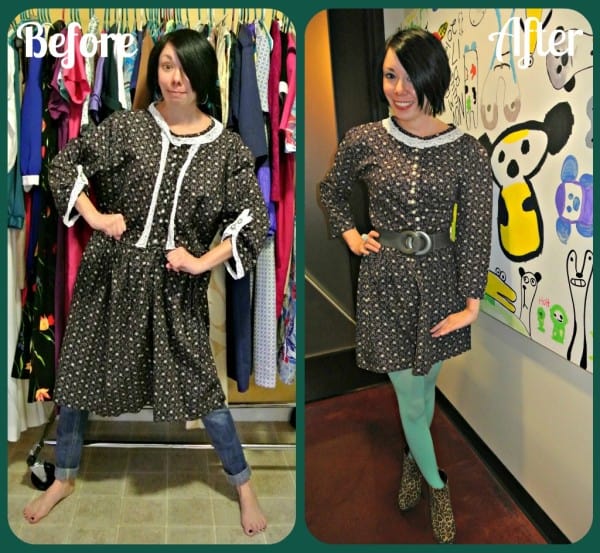 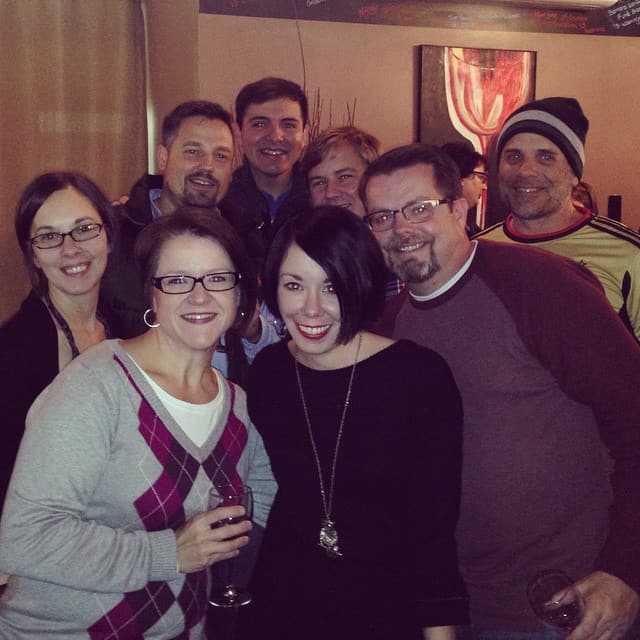 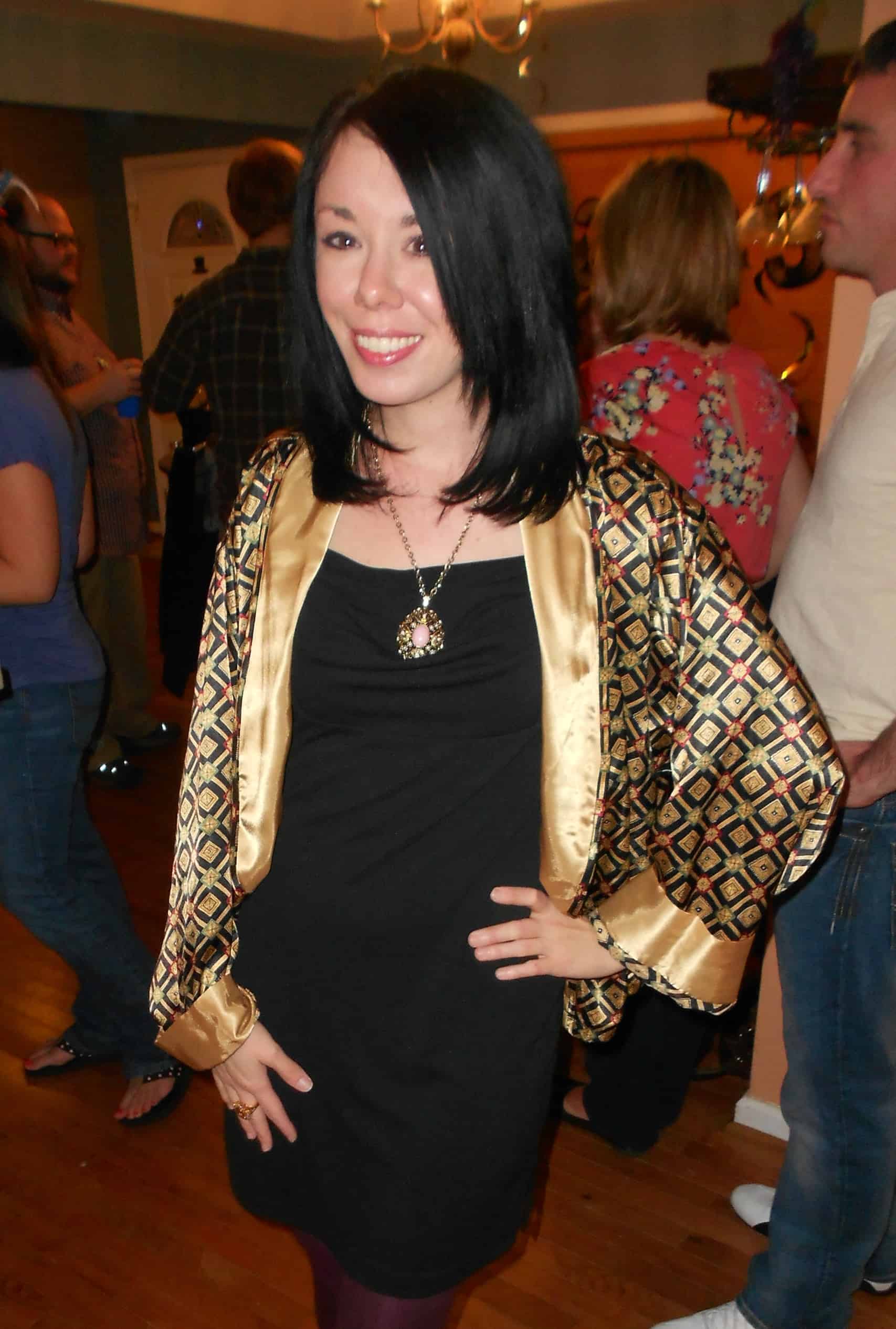