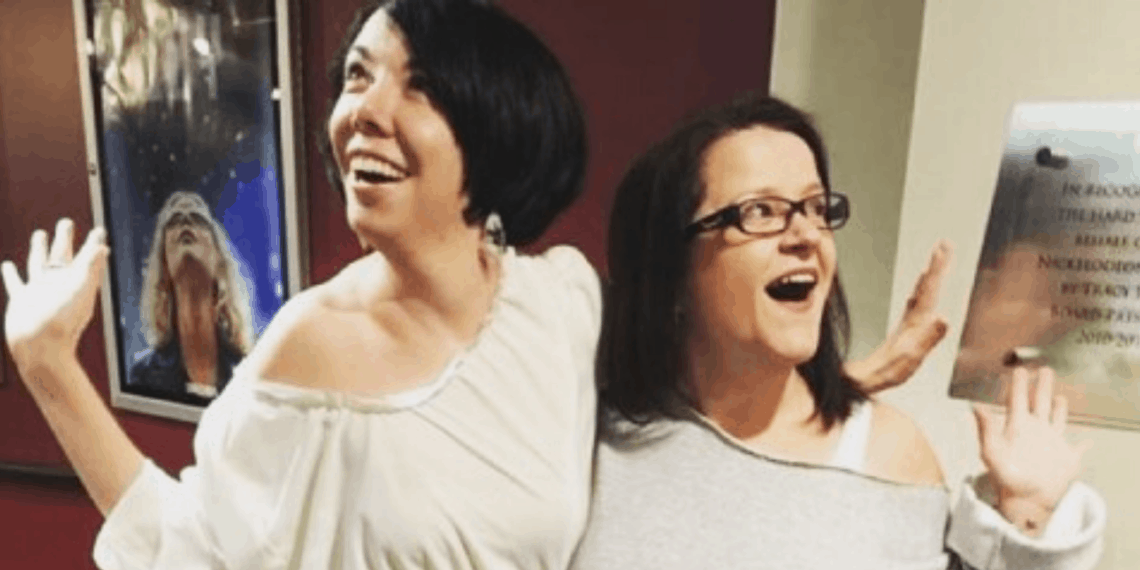 A Glorious Gusset Refashion with Shanika
Welcome 2016...And A New ReFashionista Challenge!

When the Nickelodeon announced it would be sharing this cinematic gem in their First Friday Lowbrow Cinema Explosion series, I won’t lie…I was excited.

A terrible film with a great soundtrack, XANADU tells the story of a would-be artist who meets a muse (Olivia Newton John) and is then inspired to help Gene Kelly open a roller disco.

The film was a total flop. Part of this was due to Disco being on its way out. But the godawful dialog, lackluster cinematography, and sets that were apparently borrowed from the McAllister Junior High drama department didn’t help.

Oh look! I found a trailer for you (in case you haven’t seen the film/don’t remember it very well)!

When deciding what to wear for this event, I channeled my inner muse.

I hopped over to the thrift store (There happens to be one 1 door down from where I work!), hoping to find my Xanadu outfit…hopefully a peasant dress!.

Sadly, all I found was this.

So this is clearly more 70’s office than a peasant dress…but bear with me!

I lopped off that neck tie thingy.

Then, I snipped a little more to widen the neck a bit.

I grabbed some thin elastic…

…and stitched it down about .5″ from the top of the neckline. To do this, you just stitch a straight line while pulling the elastic just a little so the top will gather.

This left me with a lovely peasant-y neckline.

I cut a slit up the side, channeling ONJ’s costume.

I scored these disco-y platforms for $2 along with my dress.

They looked like they had been worn maybe one time. So, I used my cleaning wipes to get them nice and sanitary. 🙂

I tossed on my dress, pushing the sleeves up above my elbows to make them blousy, and tied the neck tie thing around my waist.

But even with those sweet shoes, I was missing something…

Luckily, Doulas was nice enough to let me borrow his scarf for the evening to complete my costume. 😉

Not bad for a $4 investment!

See? Sometimes all you need is just a little creativity to make a fun costume…even at the last minute! 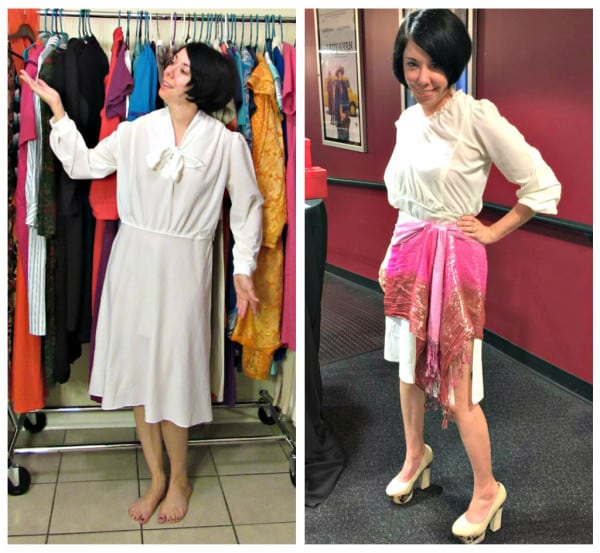 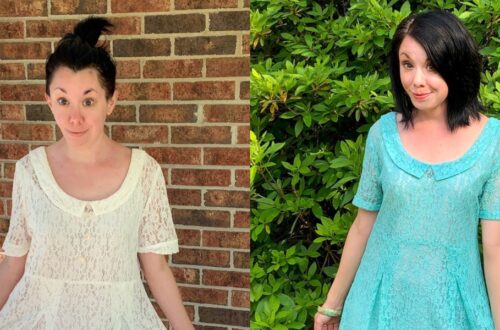 How to Dye & Refashion a Lace Dress 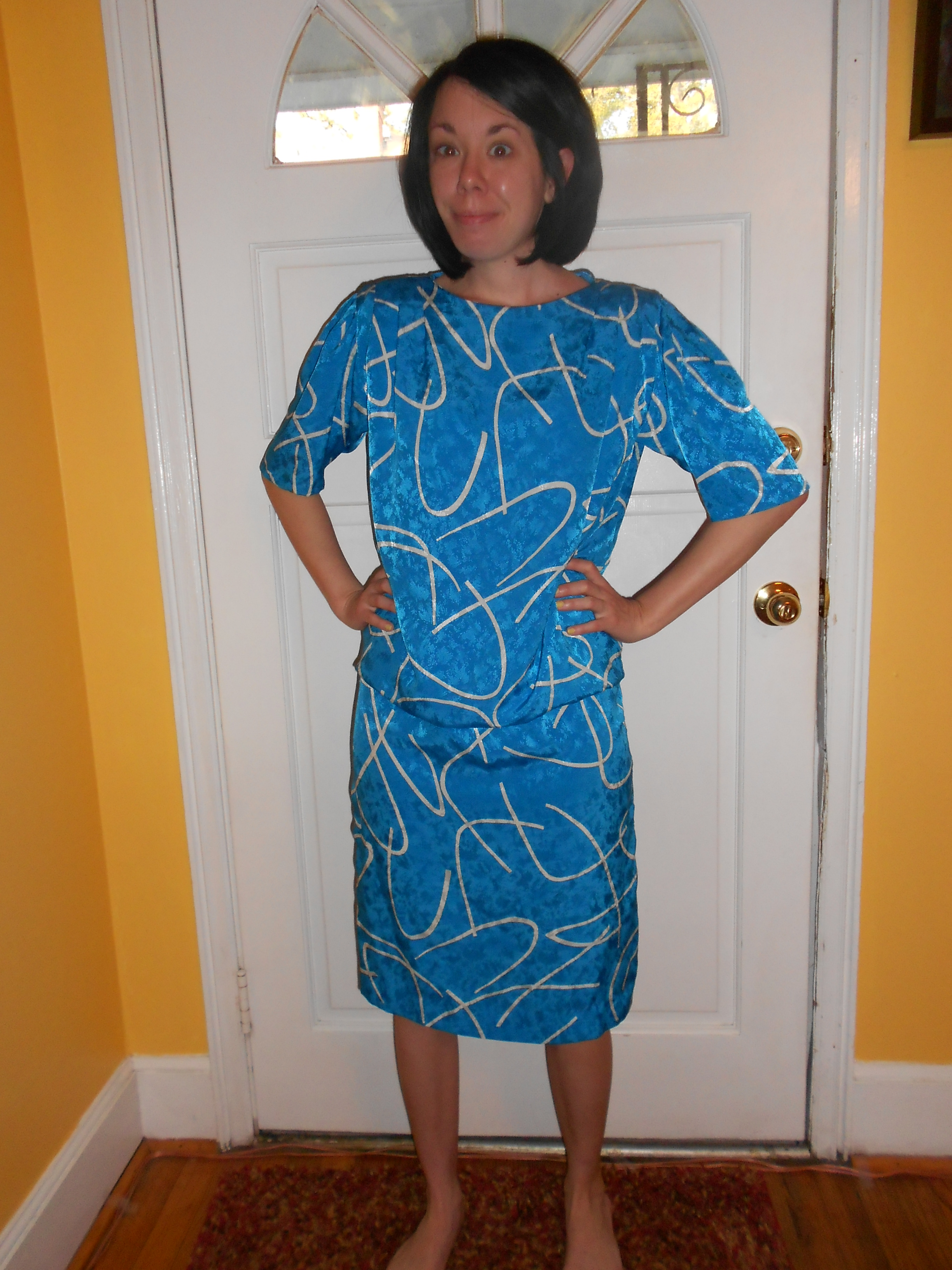 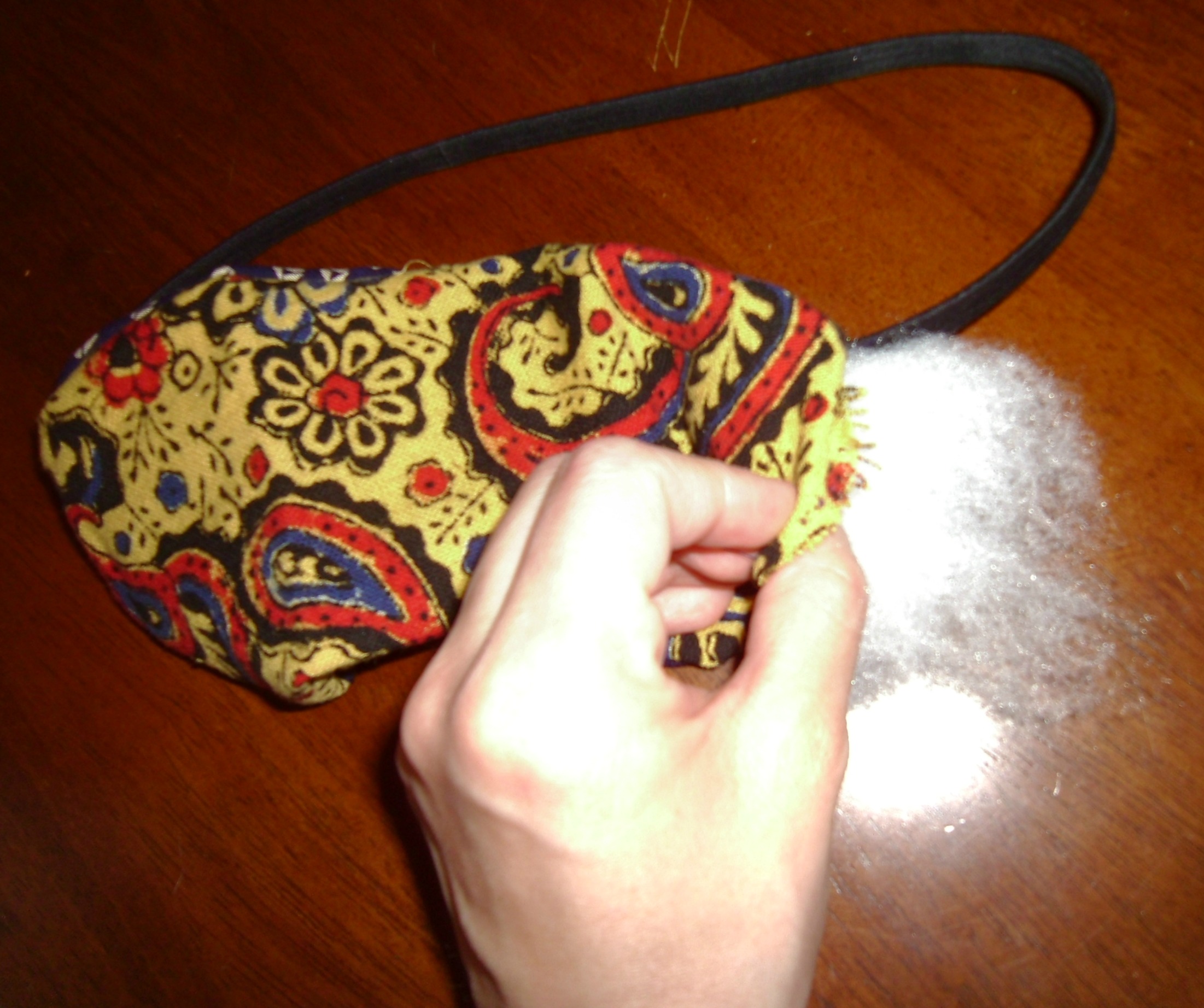