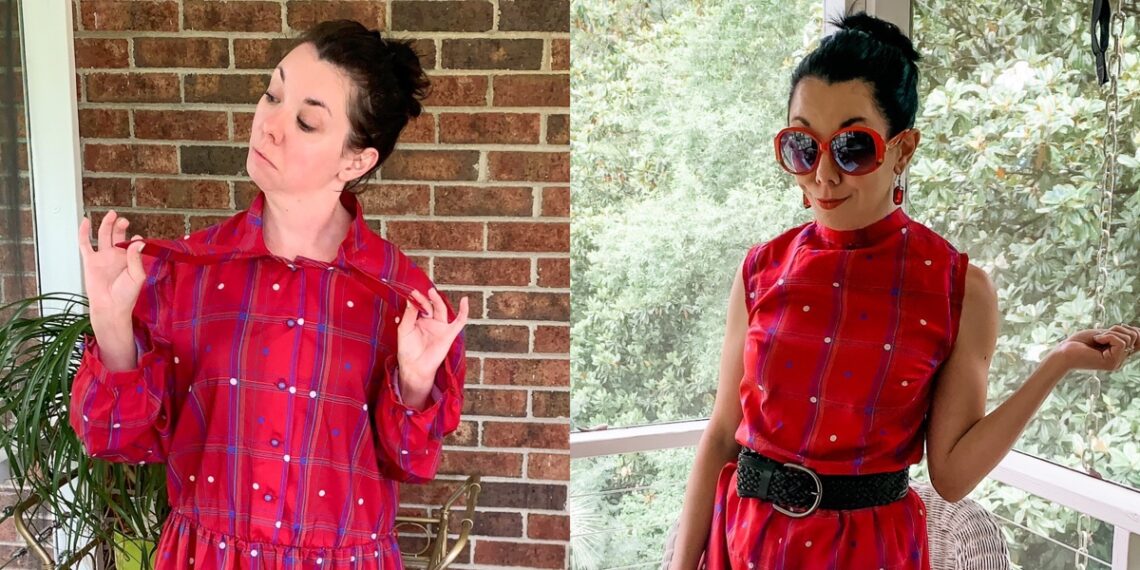 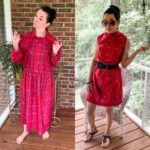 When I found this dress languishing on the $1 rack at the thrift store, I had a few thoughts.

First, I asked myself the question, Is it worth it?

As it was only a dollar, I decided it was.

My next thought was, Let me work it.

Meaning, I felt I would be able to work this dress post-refashion.

My final pre-purchase thought was, I put my thing down, flip it and reverse it (by thing, I, of course, mean the presser foot on my sewing machine).

It’s time to work it (i.e. refashion it), friends!

First, I took on those sleeves.

A quick peek inside revealed these little floofy shoulder things.

My first thought was that I’d want my dress to have cute little cap sleeves, so I snipped most of the sleeve off.

But when I put it on my dress form, I changed my mind and snipped them off.

Note: This is usually NOT the best way to do this. Under normal circumstances, you should use a seam ripper to remove the sleeve, because you’re going to end up with GIANT armholes if you don’t.

I, however, was thinking ahead to an upcoming step for this refashion, and decided the time saved snipping the sleeves out would be worth the slight risk that this might not work (You’ll see what I mean in a bit), and that I might be better off having larger armholes at this step.

Next, I folded the armholes under and pinned them, then ran them through my sewing machine.

We’re going to have to make a few changes to make this dress work back-to-front.

First, I put my dress on my dress form and pinned darts from the armholes to the bust, measuring to make sure they were even on each side.

Then, I pinned the sides, pulling the fabric from the back (former front) to the front (former back) a little to move that side seam forward and reduce the fabric in the now-back (then front).

Yes. That sounds really confusing, but hopefully, this pic helps explain it better than I did.

I really should have added the darts before doing the armholes, but shhhhhh.…no one will notice or care.

Here’s what my dress looked like when my pinning was complete.

I stitched down the darts.

Make sure to not backstitch your darts when you’re done! Leave a long tail at the end that you can knot by hand.

Here’s an example of what your darts will look like if you backstitch from one of my more lackluster refashions.

Once the first dart was complete, I measured it, and marked exactly where the second dart would need to end to keep things even.

After giving my second dart the same treatment as the first, I was ready for the next step!

Let’s take it in!

I ran each side of my dress through my sewing machine.

I cut off the excess fabric from the sides with my pinking shears, but still wasn’t quite thrilled with it. :/

I decided some of that length needed to go!

I hemmed and hawed a good bit on this choice, as I had originally planned to keep this dress midi length. However, it still looked kind of frumpy, so chop I did!

I pinned and stitched a new hem.

And that’s it! That’s how I refashioned my dress to be worn backwards!

I styled my dress with red sunnies, a thick black belt and black sandals.

I ended up tucking the neck part in a little, since my neck is really short, and it felt claustrophobic as-is.

While my new frock is fun in the front, the party really is in the back!

Isn’t it funny how the very same details I hated on the front look so much more interesting and fun on the back?

I was excited to wear my new dress to go get my hair cut for the first time in months…until I realized that like most of us, I was a day off and that my appointment wasn’t until the following day. :/

I feel like I can’t be the only person this type of thing has happened to lately, right?

I hope this refashion inspires you to look at thrift store dresses in a new way! Just remember, even if you don’t like the front of a dress, you can always flip it and reverse it! 😉 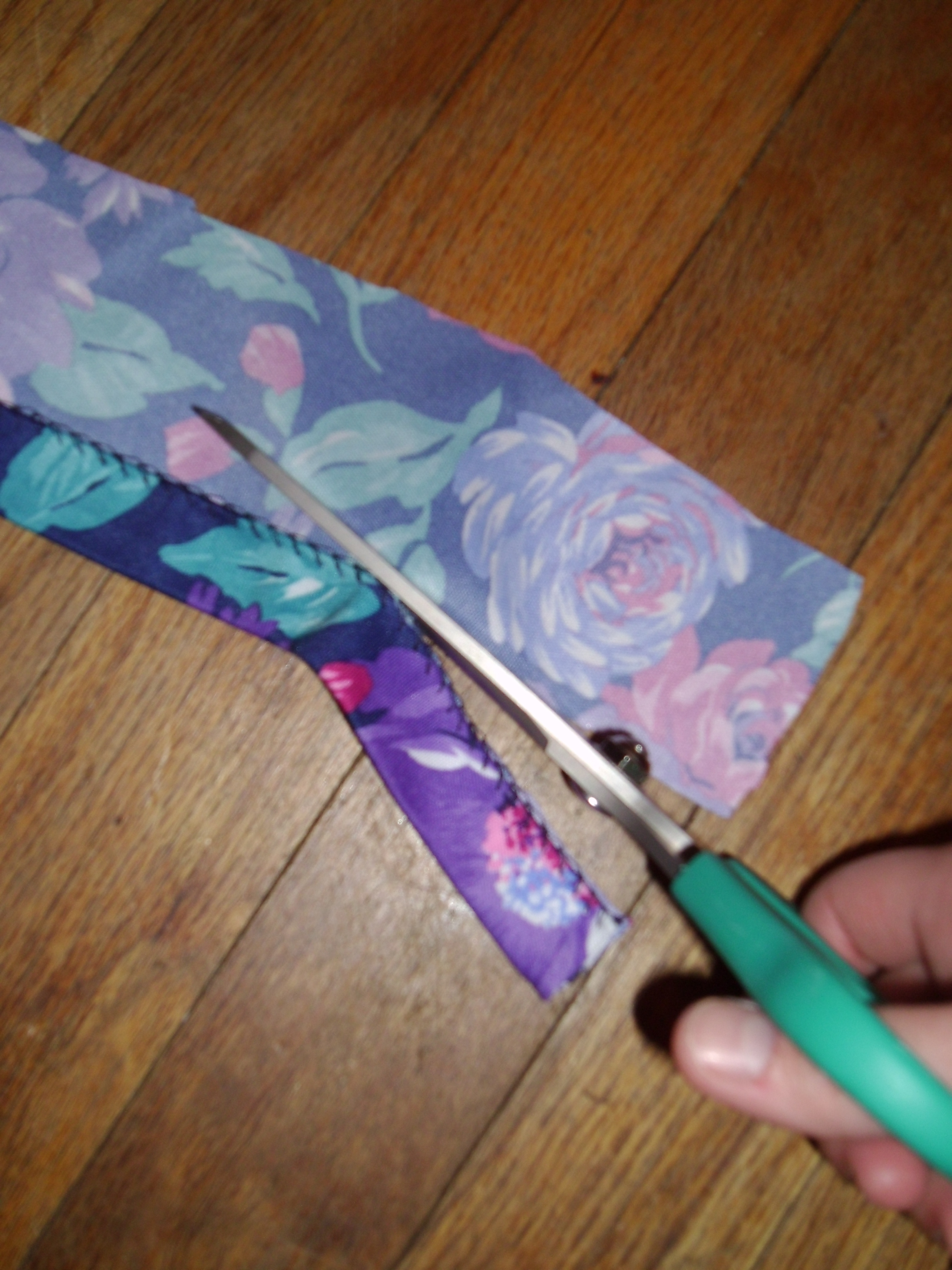 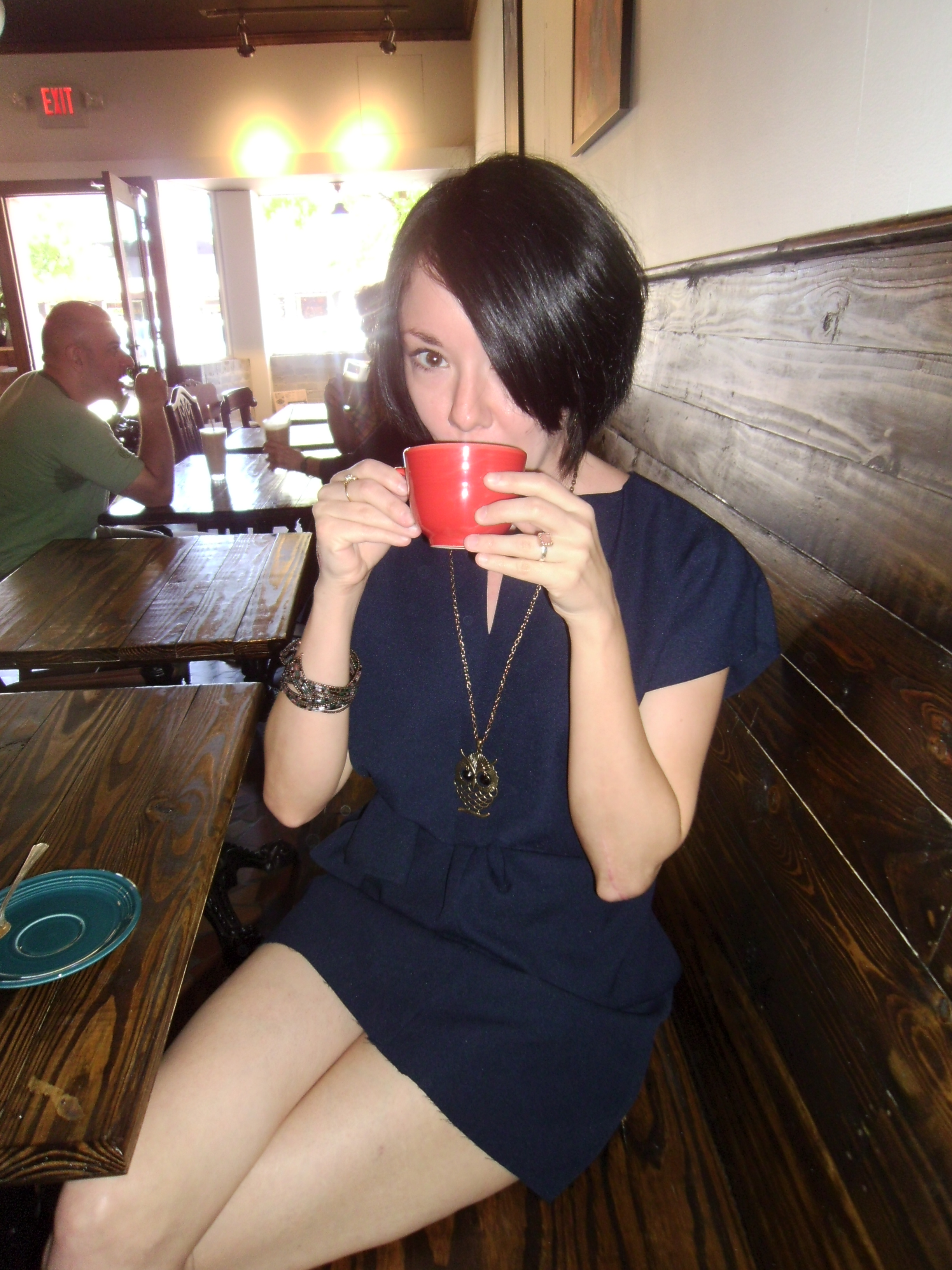 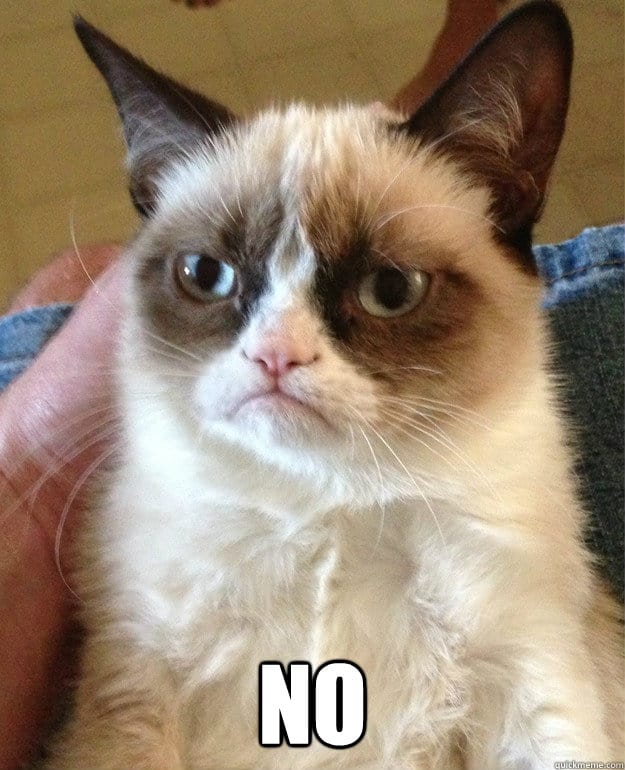