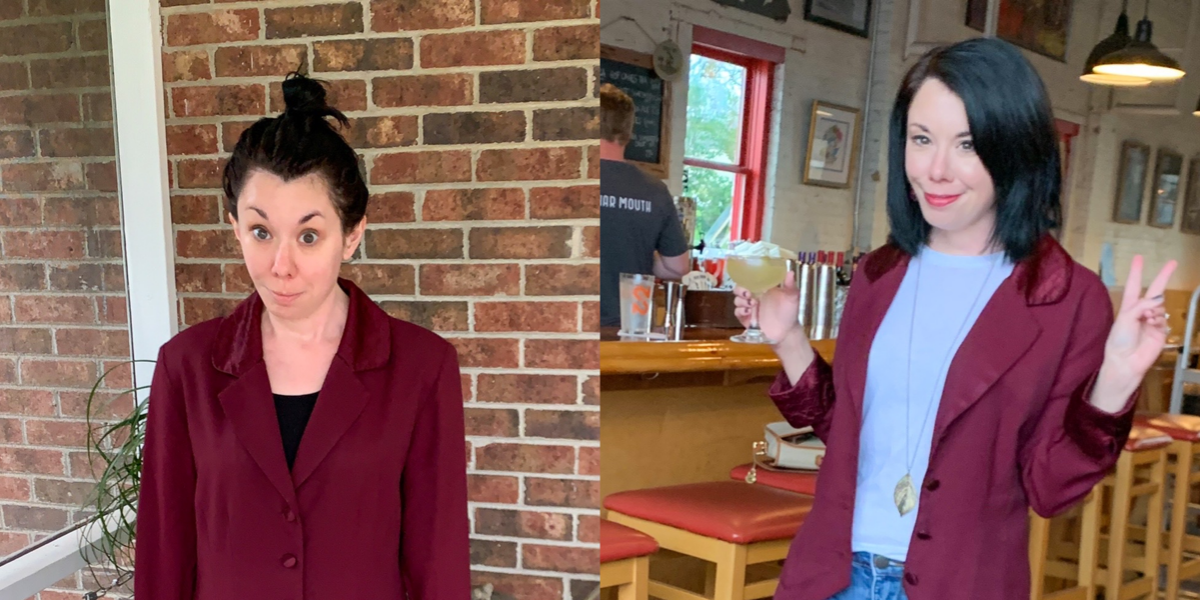 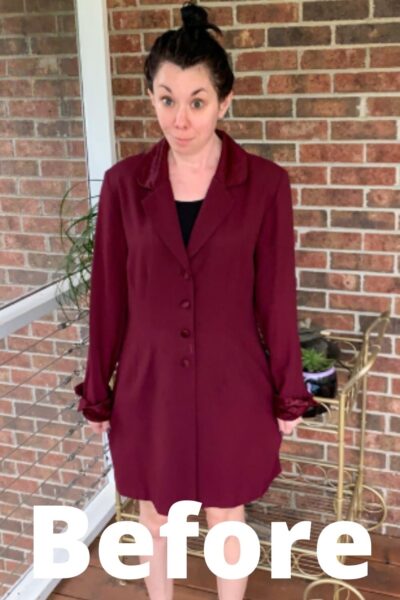 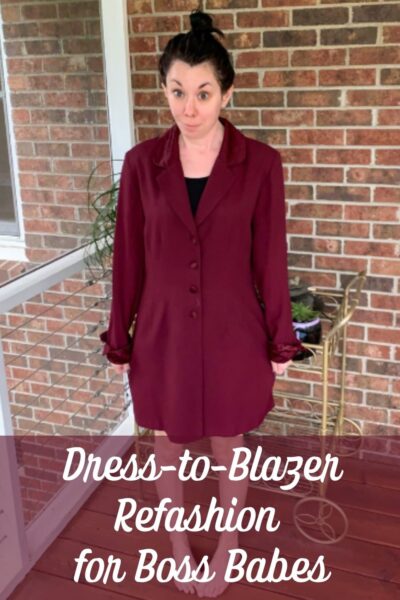 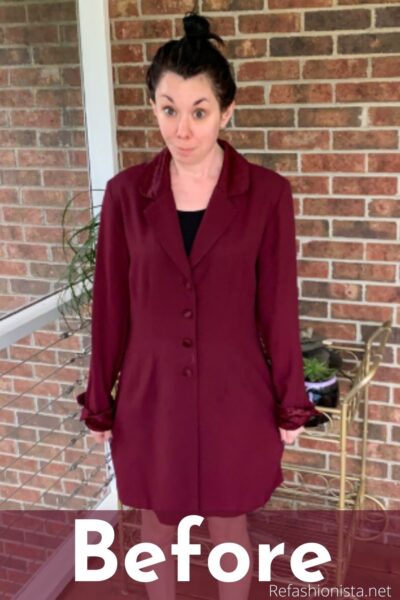 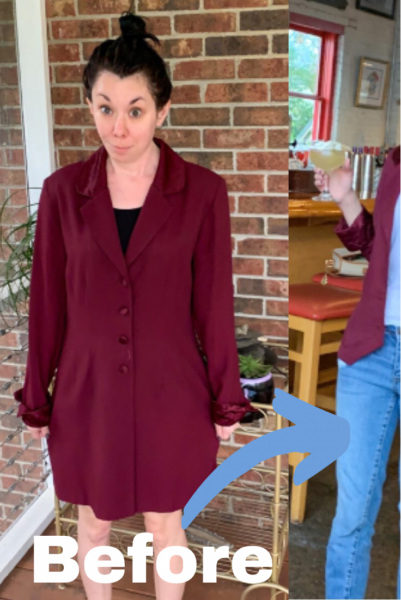 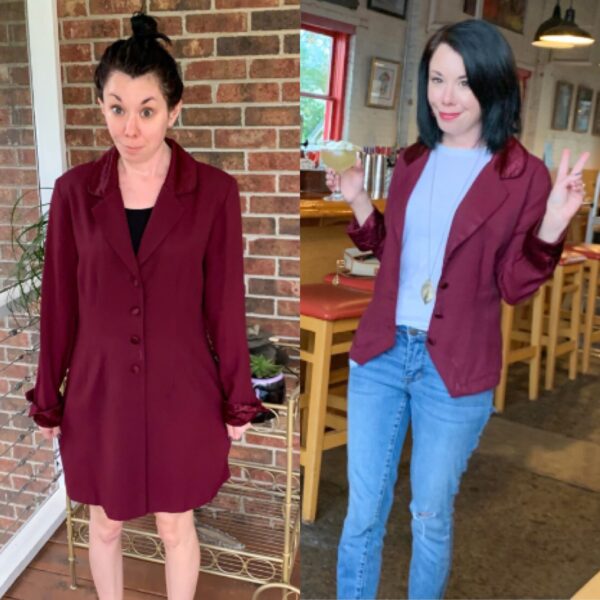 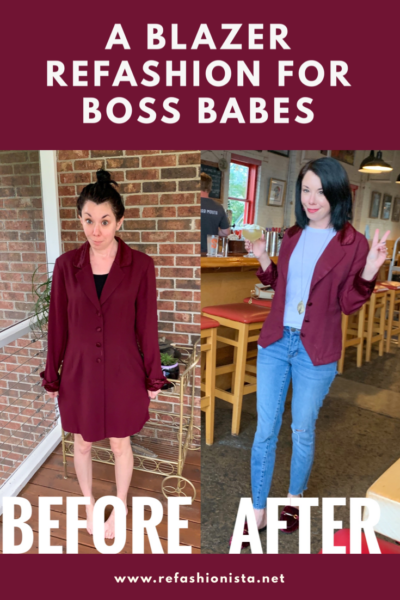 As I flicked through the $1 racks at one of my favorite thrift stores, I initially passed this piece over.

I think I actually had something similar to one of these in the late ’90s/Early Aughts (because every 17-year-old needs a suit?), and that it came with a matching skirt, which was pretty much covered by the top blazer/dress thing AND a matching pair of pants (Because, if you’re going to dress like a teenage stenographer, you want choices!).

I went back to this dress/blazer thing because of this:

Those satin lapels & cuffs have such a nice lux look & texture, don’t they? And I love that deep reddish purple hue!

Unfortunately, it didn’t fit me and the sleeves were way too long (or are my arms just too short?). Also, the length of this piece was just awkward.

In other words, this dress was begging for a refashion, and I would let it beg no more!

For starters, I got rid of those bulky pads.

Next, I addressed the length

Then, I began the taking in process.

I cut off the excess material with my pinking shears and then addressed the bottom.

Now, I could have just made a straight hem along the bottom and have been done with it.

But here’s what I did instead: 🙂

I folded the front edge of each side into a triangle, measuring to make sure they were both even.

Then, as I worked my way pinning along the back bottom hem, I folded the triangles under, tucked them in, and sewed it all down!

This does two things.

The only things left to deal with were those too-long sleeves!

I folded them over and pinned them like so:

Then, I stitched them down, which was fussy work, as you can see below.

Once I was done, I snipped off the doubled-up fabric so it didn’t add bulk to the bottom of my sleeves.

You can see how I turned the sleeve inside-out, which means the raw edge faced the outside.

My reasoning behind this was:

After I tacked the cuffs down, my new blazer was ready to take a meeting with my friend, Phillip!

I’m really happy with how this one shaped up, friends! Looking at it now, I can’t believe I initially had any doubts at all!

Phillip is the Director of Digital Experience at our local library (Yay Libraries!), and we chatted about some pro-bono marketing work I’m doing for them (because who needs free time, really?) at The War Mouth.

While we came for the meeting, we stayed for the $5 martinis!

We even ran into our friend (and local celebrity), Larry Hembree, who’s working on a new play!