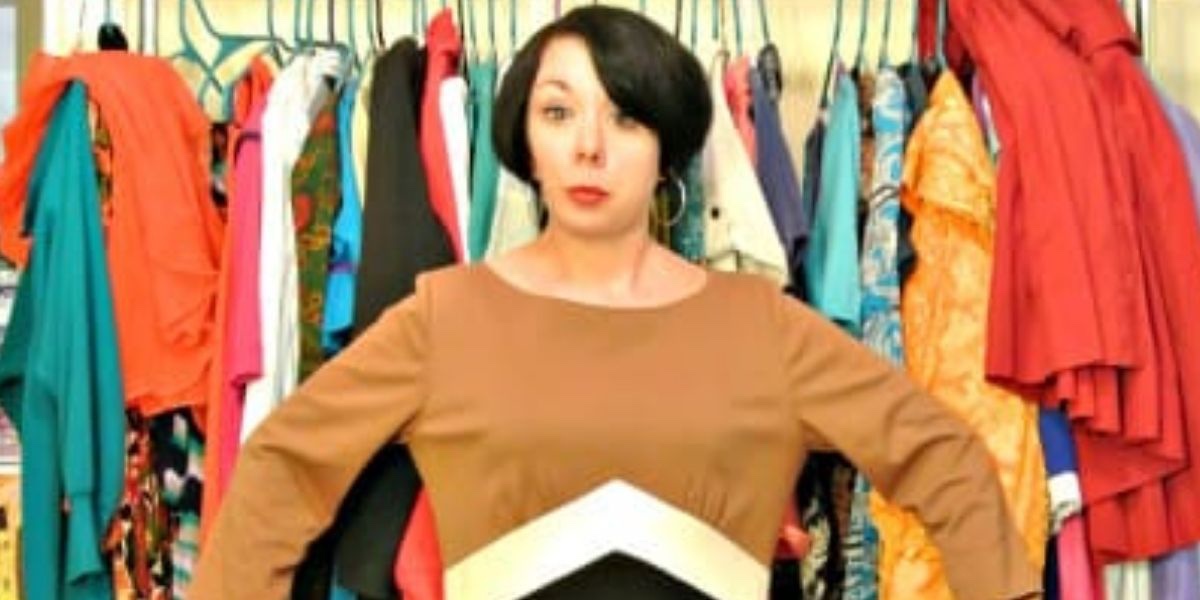 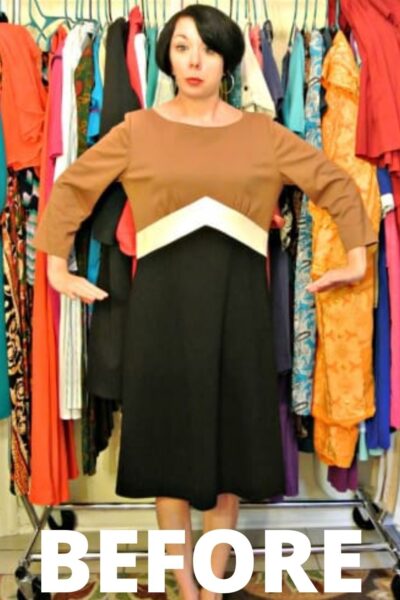 As I’ve mentioned before, I have far more dresses than I do separates. This becomes a problem when I have a hankering to wear pants, but don’t want to look like a toddler by wearing a dress over them. 😉

This means it’s time to show a little restraint and make a few tops for the colder weather.

On this slightly chilly evening, I chose this dress.

It’s about time I got to this one, as it’s been languishing on that rack for over a year!

I thought it would look dated if I kept it as a dress, so without much thought, I gave it a chop!

Usually, I don’t make a chop before the taking-in process, as the end result pretty much always ends up being way shorter than you intended. But this was a very conservative chop just to keep me from dealing with taking in the entire thing. I anticipated having to make a smaller chop in the future.

I cut off the excess fabric from the sides, then tried on my top. As predicted, another chop would need to happen.

I gave my new top a quick hem…

And that’s it! Now my shirt-to-dress ratio is ever so slightly more balanced. I wore my new top to Keg Cowboy for an Allagash vs. Founders beer tasting.

If I look like I’m in a bathroom for this “after” photo, it’s because I am. Sometimes any excuse for a tripod will have to do.

In times of bad lighting, you sometimes have to get creative, folks.