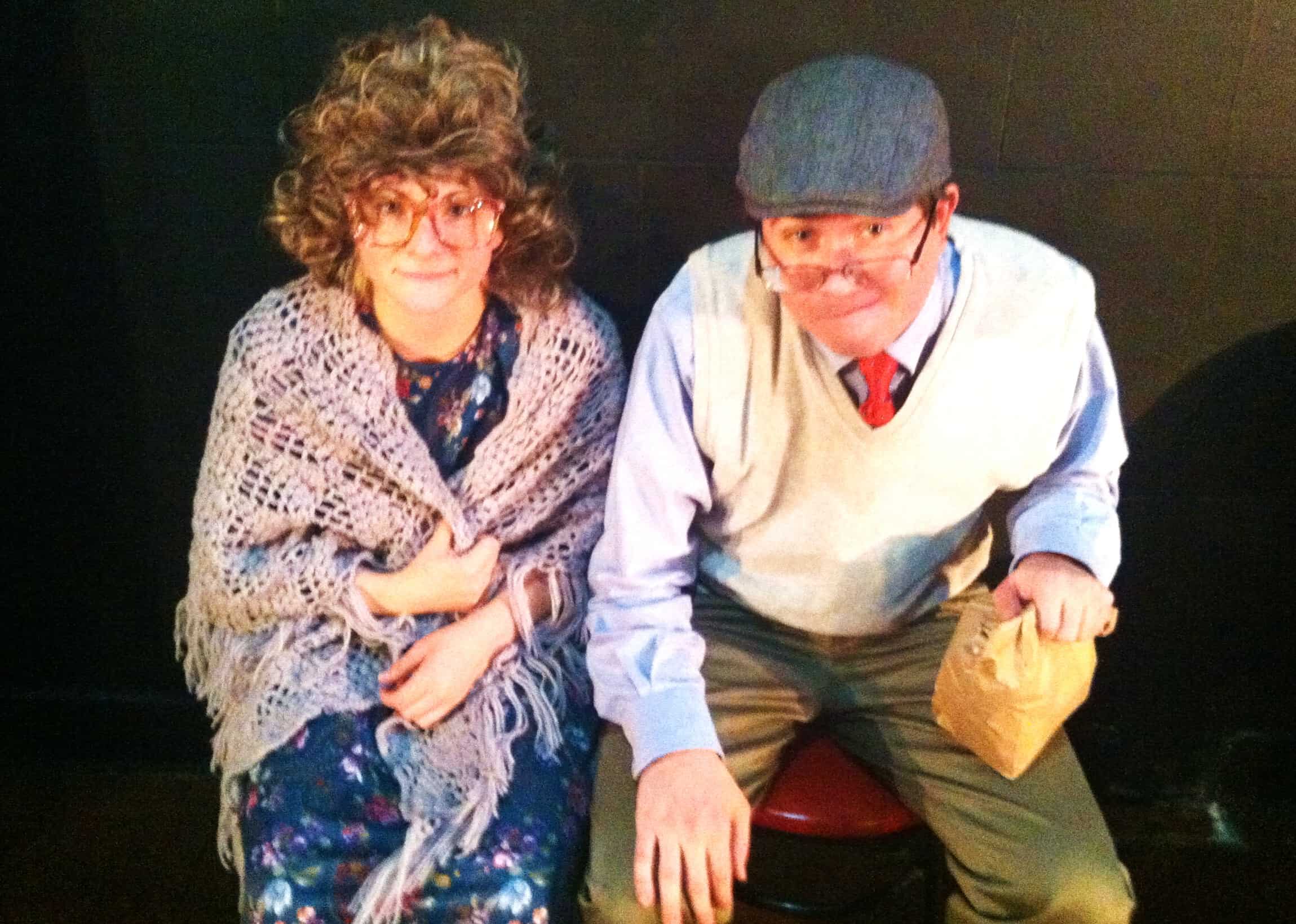 767 shares
From Muumuu to Wrap Dress
A Totally Tubular Dress

Some of you (who have read my bio) already know that I used to be really active in Theatre.  When I saw this refashion by Andrea, I felt a whiff of nostalgia was over me.  🙂  I’ve held on to a few special costume pieces just like her, but I’d never thought to refashion them!

Recently I was in a musical called “I Love You, You’re Perfect, Now Change” all about love and relationships and the various forms and stages they go through. For one of my characters I was an old widow finding love again (at a funeral of all places). Muriel needed a dress, and instead of raiding the costume bags at the theater, I decided to thrift a dress that I could refashion later to be the part of the show I kept as a souvenir. (I usually keep a costume piece or prop from every show.) Well this was the dress I found:

Oh, and here’s a shot of Muriel in action with Arthur (sorry she’s covered by a shawl): 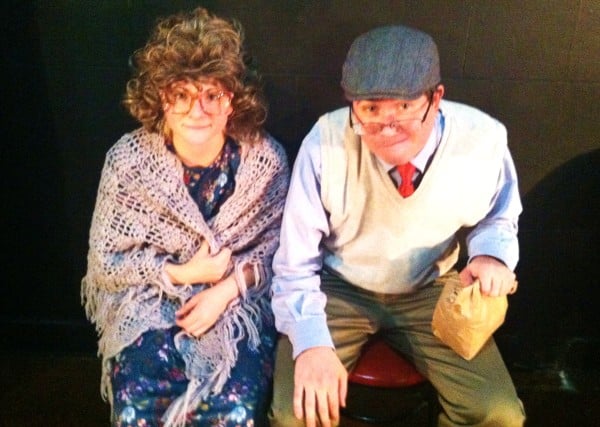 I know it sounds odd, but this was the best scene I’ve done in a show and the Muriel dress held a lot of memories. It was extremely difficult to cut into it, but I’ve had a lot of major life changes in the last month since the show closed and decided that part of changing myself meant finally refashioning “Muriel”.  Since the weatherman got our Michigan weather mixed up with that of the Rainforest, I decided to lose the sleeves, part of the back and a good amount of the length and take the new Muriel out for a spin for a few beers to celebrate my friend’s birthday Thursday night and again Saturday for some BBQ and Whiskey with a few more theater friends. They all loved it (especially my cast mates from “I Love You, You’re Perfect, Now Change” who knew Muriel), so, what do you think??

And a shot of Muriel out and about. Unfortunately, Tyler wouldn’t share his vintage gas mask we found at this amazing market In Ferndale, MI. Teenage boys…

And just in case you were wondering, yes, the cut out back provided ample opportunity for this descendant of the Celts to burn profusely. Especially since I forgot to put on sunscreen before standing in the sun for 2 hours indulging in some of the Metro Detroit Area’s best BBQ. Lesson learned.

I think Andrea’s refashion deserves a standing ovation!  Bravo and Brava!  Looks like acting isn’t your only talent!  🙂 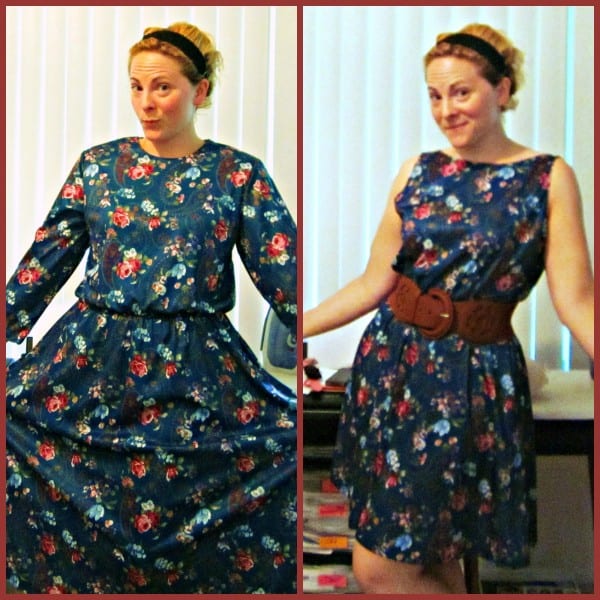 From Muumuu to Wrap Dress
A Totally Tubular Dress
767 shares