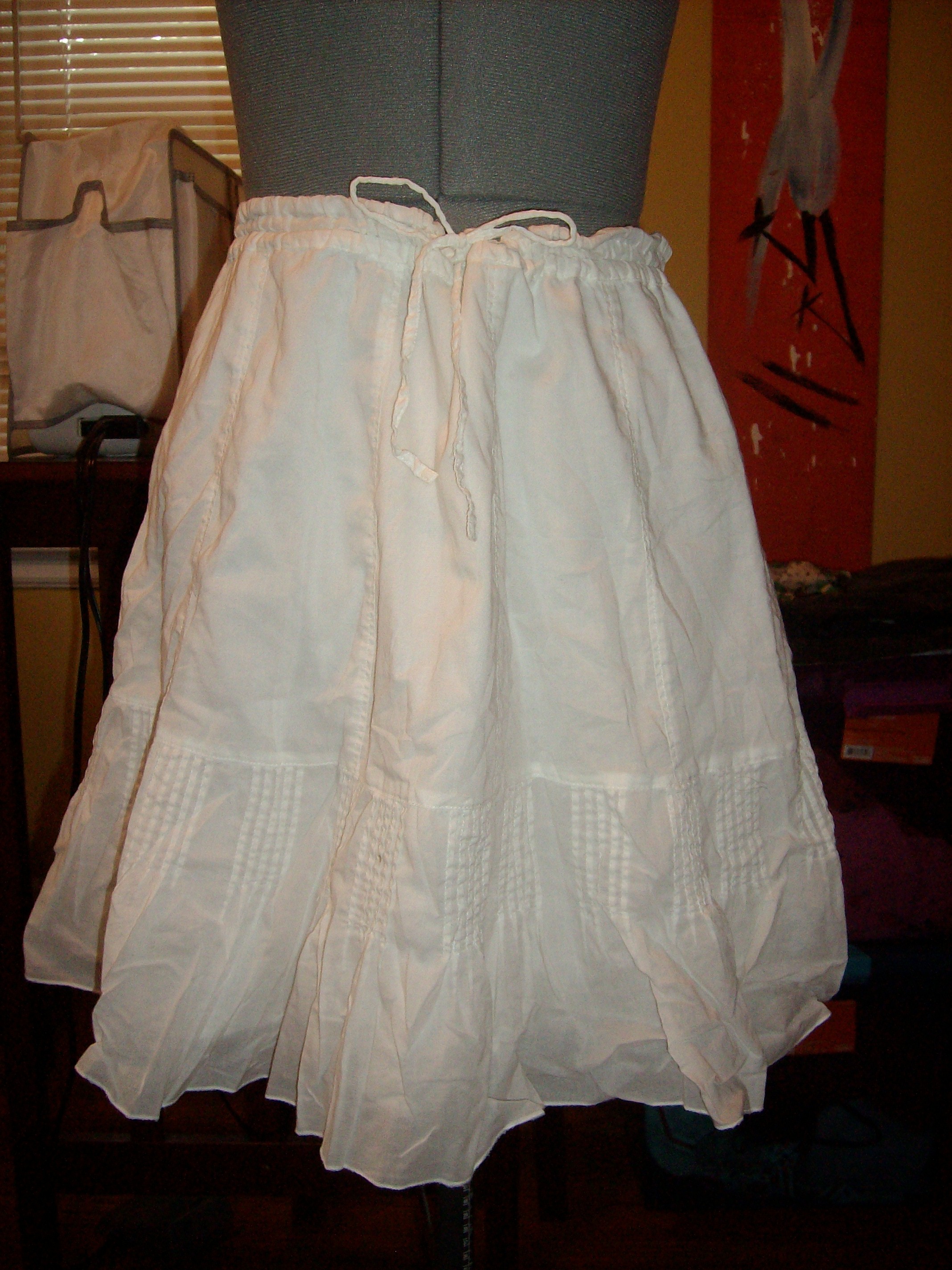 Today’s skirt turned out differently than I planned, which happens a lot in refashioning, amirite?  It began as a pretty white cotton skirt, originally from JCrew.

Not bad, eh?  But take a closer look…

The spot reminded me of that Seinfeld episode where George gives Elaine a discounted cashmere sweater with a tiny red dot on it that everyone’s eyes are instantly drawn to.

This spot was juuuuust like that…lurking right on the front of the skirt.

Since I liked the skirt, and it fit me fine, I decided to throw it in some dye to hide the spot.  🙂

My plan was to dye the skirt a lovely red in support of the Columbia Quad Squad, a roller derby team I was going to see play that night.  I followed the instructions in the box by the letter.

I left the skirt in the bath for 30 minutes, once again…just doing that the instructions said would be sufficient.

…*sigh*  And ended up with a lovely coral skirt.  I didn’t have time to dwell on my dyeing failure, as I had to rush out the door to make it to a friend’s baby shower!

A friend of mine who uses dye all the time to make costumes and such told me that to get the true color on the box, I should leave the clothing in the dye bath for TWO HOURS.  Whoa.

Even though I wasn’t able to wear red that night, (except for my faux garnet earrings), my roller derby friends were full of compliments for my *sigh* coral skirt.  🙂

The bout was awesome!  Columbia Quadsquad beat the Texas Rollergirls soundly.  I’m beginning to wonder if there’s anyone they can’t beat.