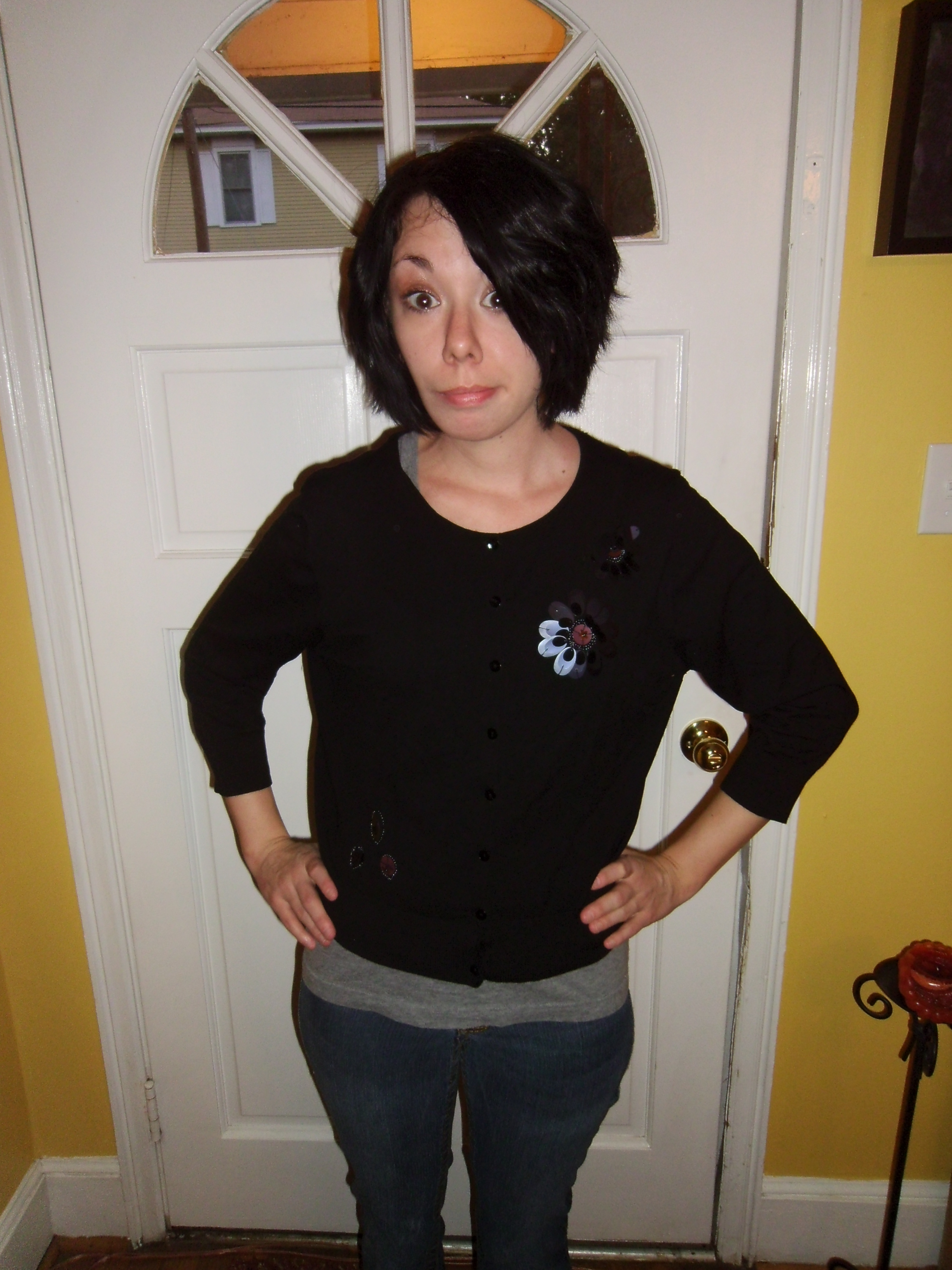 Today’s piece is also from the awesome Miss Irene.  🙂

As you can see, I am not thrilled.  Irene explained this was one of those “I just graduated college and need something responsible-looking” sweaters.  I’m not a fan of the sequined do-dads.  Especially because they were starting to fall off.

I finished the job with my seam ripper.

This actually took quite a while!  Those seed beads didn’t want to budge!  After about a half hour, I had completely de-beaded and de-sequined the whole sweater.

The sweater was still a tad big on me, so I took it in to make it fit perfectly.  🙂

I cut off the extra material, and put on my nifty new sweater!

So I’ll admit…today’s ensemble isn’t very exciting.  I don’t see anything wrong with this, though.  I took a sweater that really couldn’t be worn as an everyday piece and made it much more versatile.  Refashioning/Upcycling isn’t just about sewing on more stuff.  Sometimes it’s better to take all that “stuff” away.  🙂

I’ve been re-reading Pattern Recognition by William Gibson (one of my faves).  Today’s refashion takes a cue from the heroine of the story, Cayce Pollard.

CPUs. Cayce Pollard Units. That’s what Damien calls the clothing she wears. CPUs are either black, white, or gray, and ideally seem to have come into this world without human intervention. What people take for relentless minimalism is a side effect of too much exposure to the reactor-cores of fashion. This has resulted in a remorseless paring-down of what she can and will wear. She is, literally, allergic to fashion. She can only tolerate things that could have been worn, to a general lack of comment, during any year between 1945 and 2000. She’s a design-free zone, a one-woman school of anti whose very austerity periodically threatens to spawn its own cult.