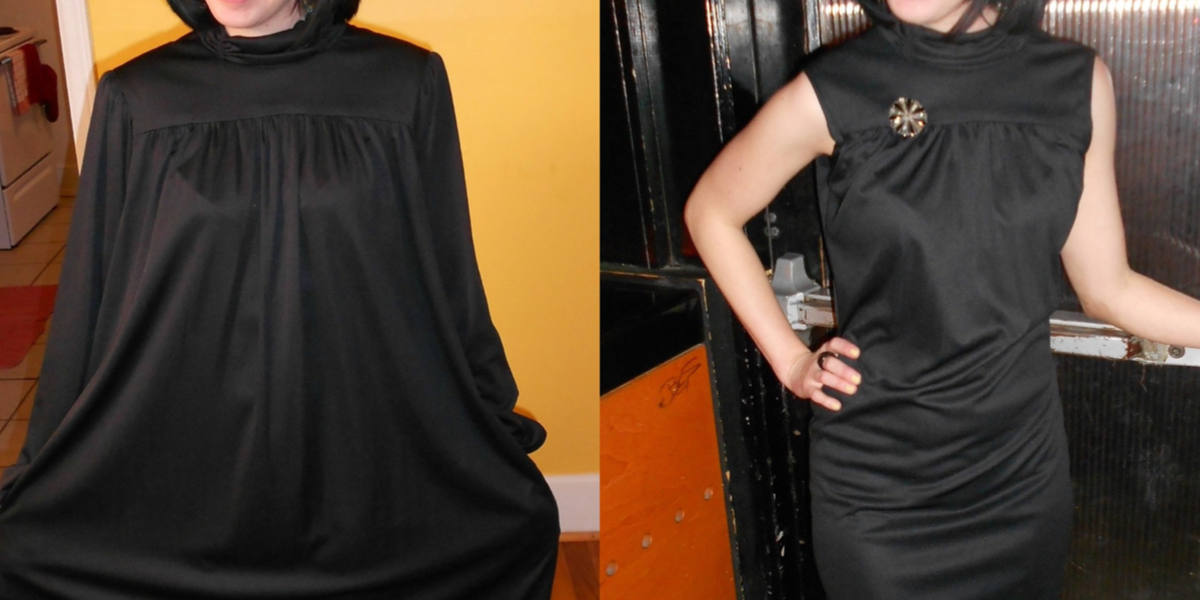 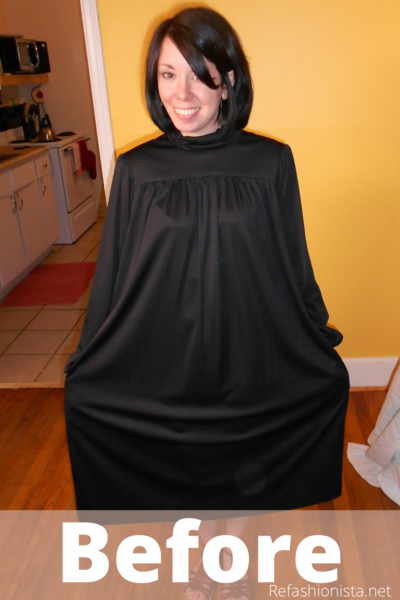 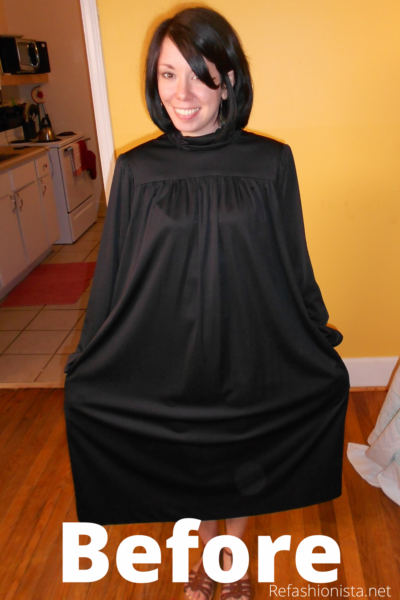 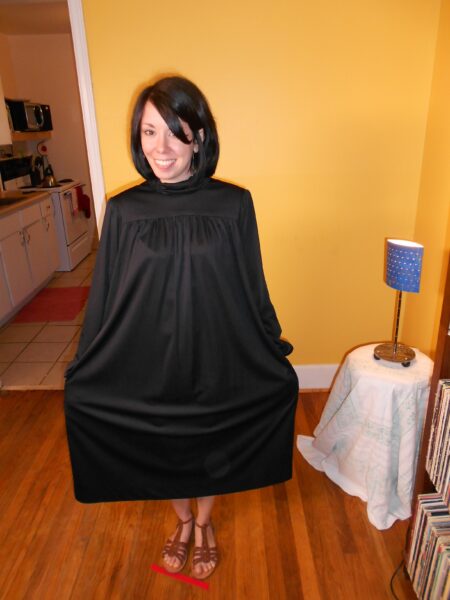 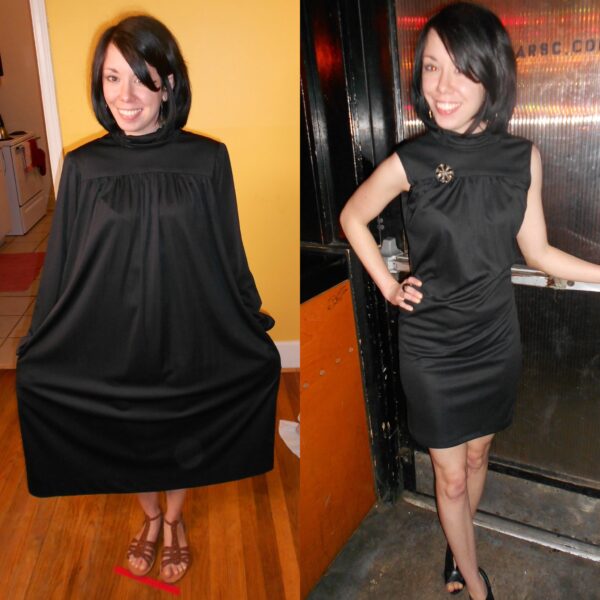 When I found this dress in a big bag o’ refashionables gifted to me from Revente’s Last Call, it was anything but little, but it certainly was black.

This just won’t do! I decided to turn this thing into a cute little black dress for an evening of Karaoke!  🙂

As some of you know, I’m a bit of a bad movie buff.  Some of you might have seen the complete and utter flop that was Shock Treatment, a sort of follow-up to The Rocky Horror Picture Show.

If you haven’t seen it, don’t worry.  You really aren’t missing out on much.  🙂 But…there is this one little song that kept running through my head as I worked on this dress. It’s called “Little Black Dress” and it’s bizarre.

First, I went rip rip rip with my seam ripper…

Then I pinned and stitched those raw edges under.

Note from future me: This is where the photos end on this one, as I was being filmed while refashioning it for an upcoming TV appearance!

Here’s how I completed this one:

I put the newly unarmed dress on my dress form and pinned it down the sides to get it nice and fitted!

I measured each side as I went along to make sure that they were Even Steven.  🙂  Then I ran each side through my machine and cut off the excess material.

The last thing I did was snip snip snip (have you listened to the song yet?) some of that length away, and gave it a brand new hem.   🙂

Now my Little Black Dress is minimal (even if it isn’t criminal or siniful) and fabu!  🙂

I pinned on my favorite brooch, tossed on a pair of heels, and headed out the door!