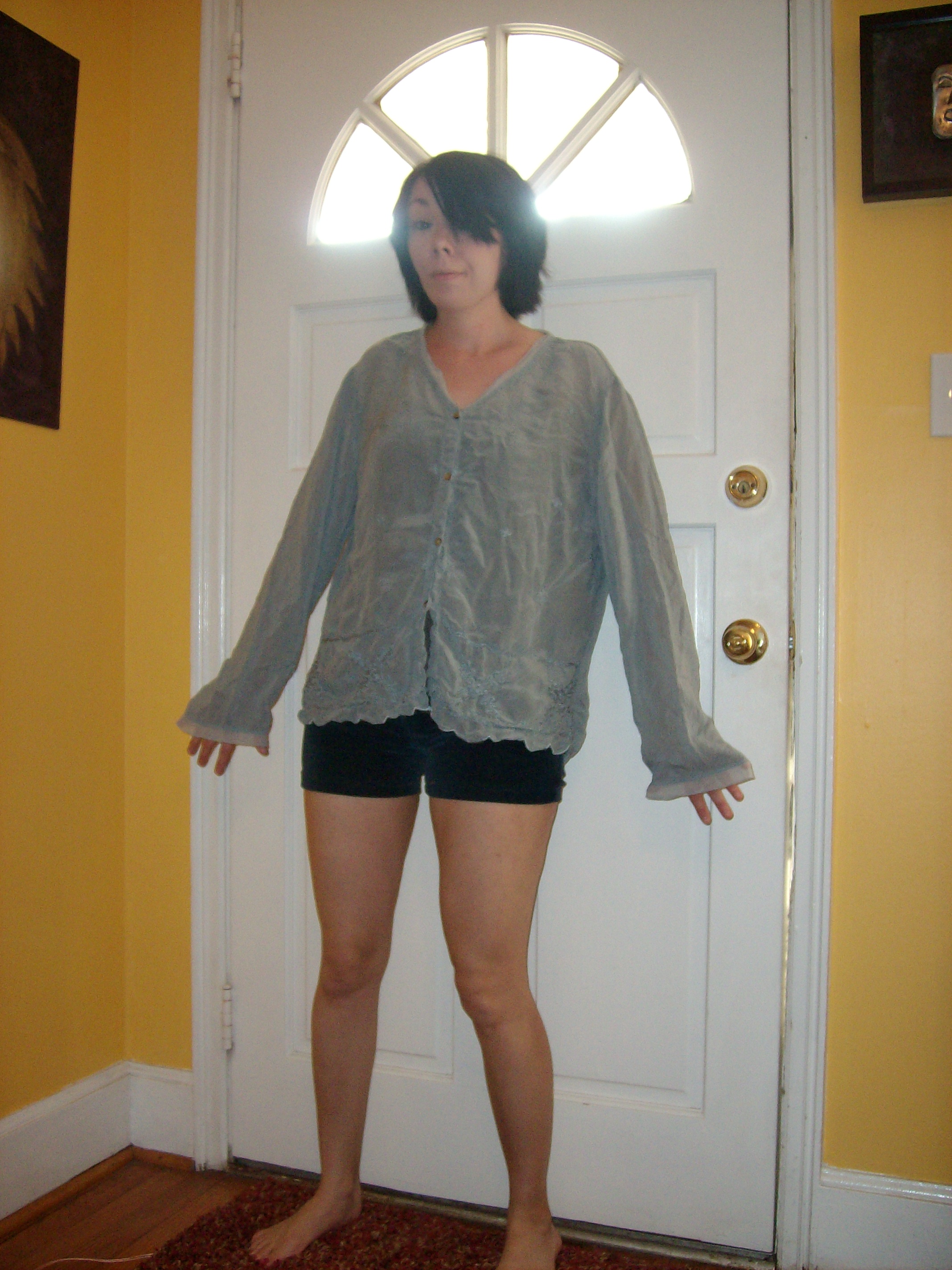 Now…J. Jill is out of business, and it’s time for me to get down to business (oh yeah!).

First, I made a few cuts.

I snipped out the neckline and put it aside to use later.

Then, I took the sides of the body in.

I actually took the sides in waaaaay too much.  Waaaay too much.  My original plan was to have a button-up tank top, using the bit I removed from the neck as straps.  I took it in right where the arm seam began, as I didn’t want those seams on my top, but I should’ve just left them in.

However, this wasn’t a dealbreaker.  I hemmed the raw edge at the top of my top and sewed the edges of the neckline to each side of the front placket, and left one of the buttons undone.

I now have a top that looks bizarre if it’s just laying there, but I’m actually really pleased with how my mistakes worked out.  🙂

Anybody recognize those shorts from Day 4?  Don’t worry, I’m going to donate them.  I just had to wear them at least one more time first *sigh*.

Now Fella and I were ready to have some more fun fellas over for our 2nd monthly Rifftrax/Mystery Science Theatre 3000 Night!  🙂  This month’s theme was “Christmas in July”, so we watched Santa and the Ice Cream Bunny, followed my Santa Claus Conquers the Martians.