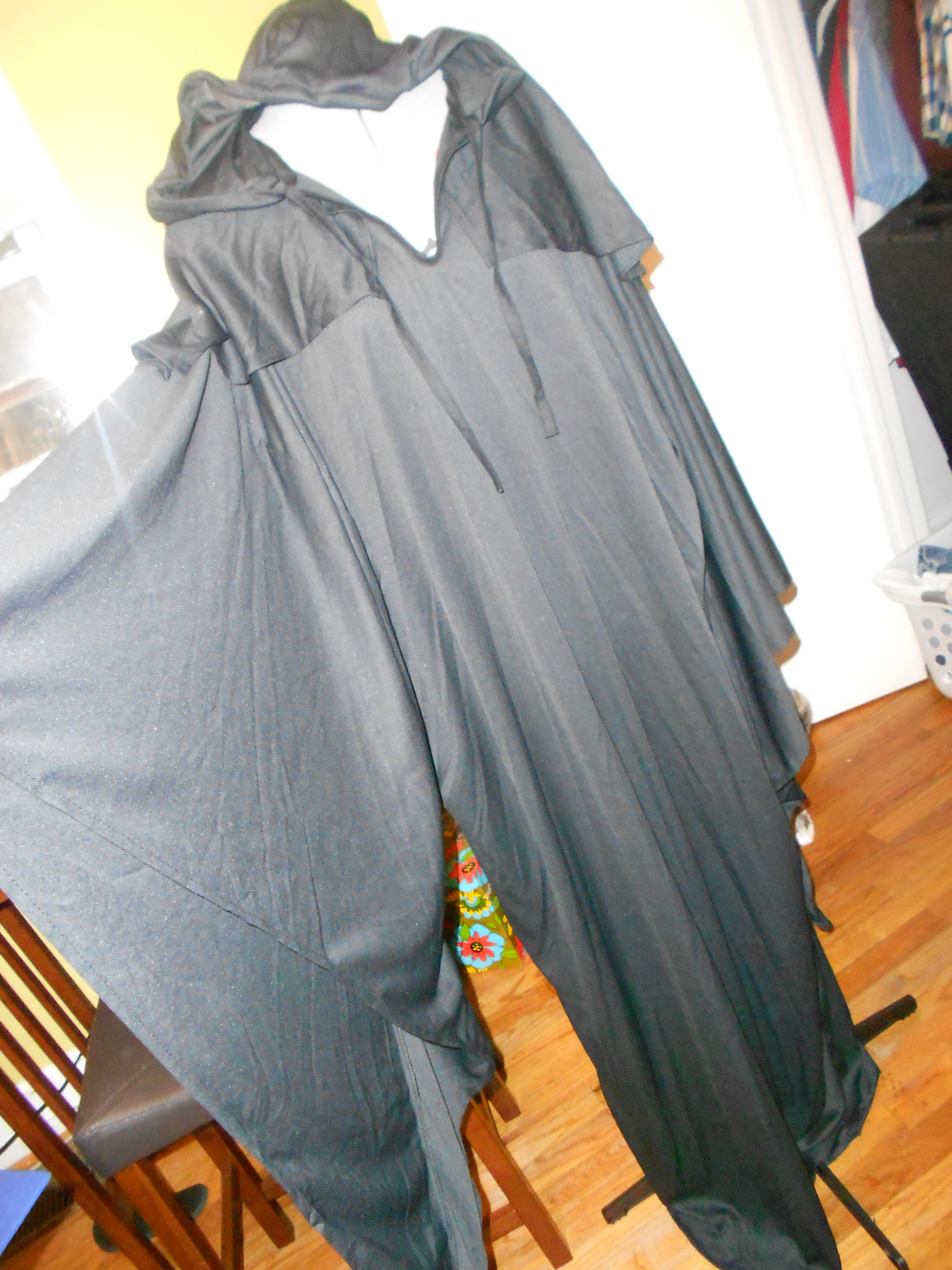 As most of you guys know by now, I’m costuming a stage version of the Ed Wood film, Plan 9 From Outer Space.   A lot of you guys have asked to see the costumes, and I figure you deserve a couple of spoilers!  🙂

Tonight, I began working on a dress for Vampira!

Much like Ed Wood’s movies, we really don’t have much of a budget…at all.  Unlike the Plan 9 movie, we were unable to trick the Baptist Church into funding our production.  I guess they learned their lesson the first time!  This means I’m trying to refashion, thrift, and borrow as much as I possibly can!

This is obviously just a big, shapeless robe thing with an attached hood and capelet.  I quickly removed said extremities.

I set my dress form to the measurements of the actress who will be playing Vampira, and got to work on shaping a dress out of this mass of black!

I also deepened the neckline to make it more like Vampira’s signature plunging V!

I cut up the ends of the sleeves to make them all tattered, like in the movie…

And now my Vampira dress is complete!  And it didn’t cost a thing!

Now all I have to decide on is whether my Vampira will have her waist cinched with a big black belt, like in the movie, or if I want to put her in a corset.  Either way, the poor girl is going to have to carry her kidneys in a bag!  😉