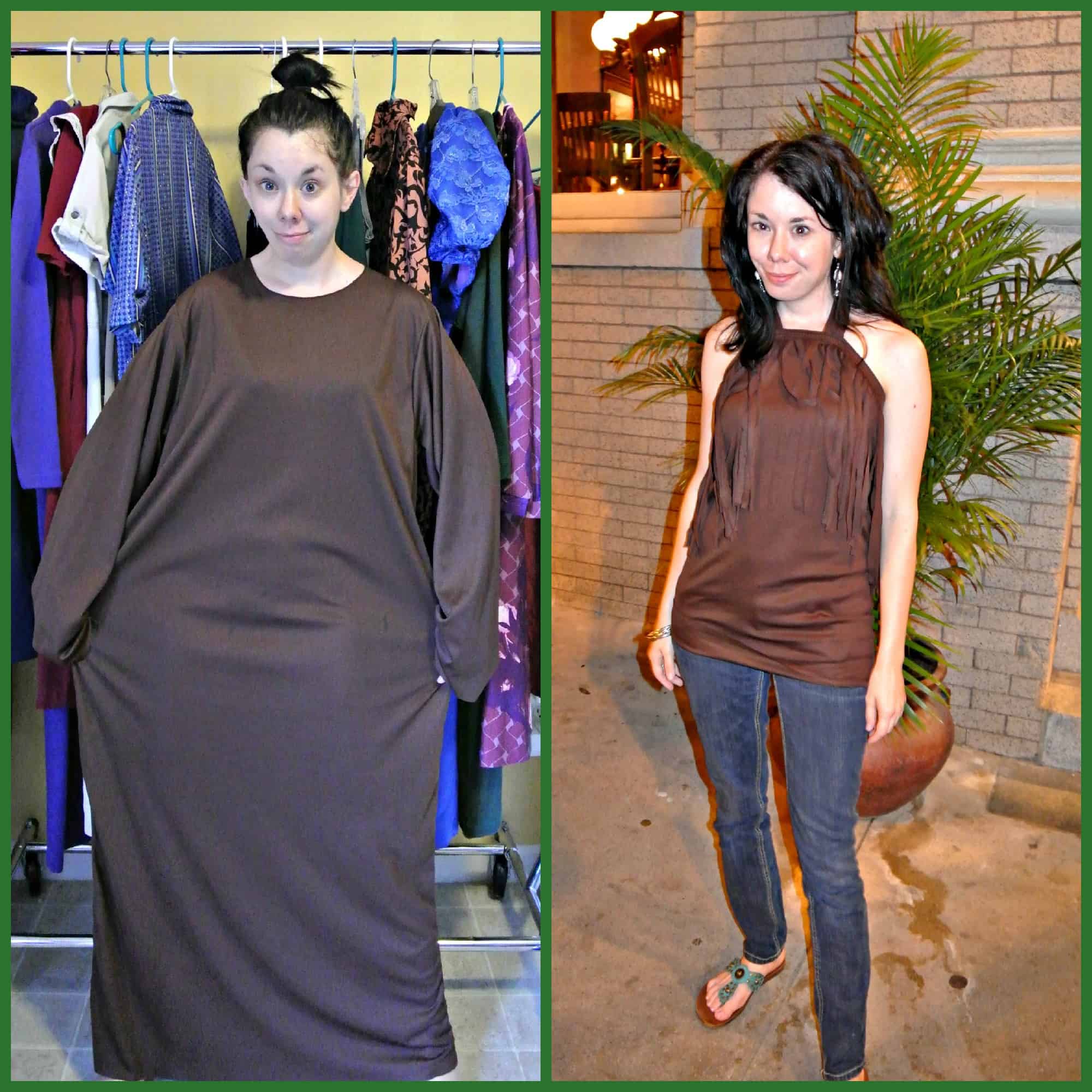 Welcome to the FINAL CHAPTER in the saga of… 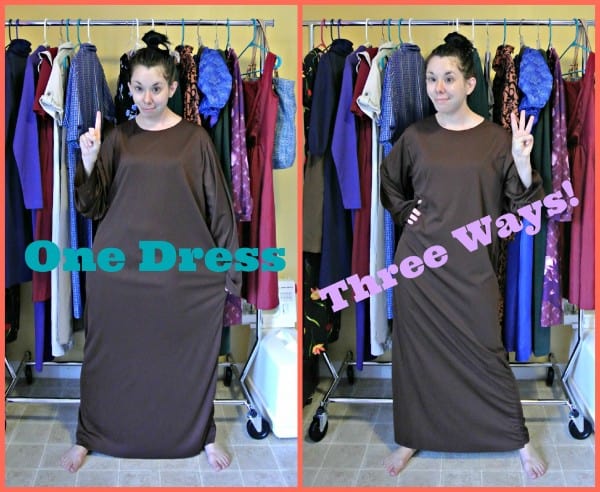 Yesterday’s dress was really awesome!  A lot of you said you wanted me to just stop what I was doing and leave it be.  For those people, all I can say is…

I decided to turn this dress into a top, just to try and make it into something totally different from its previous incarnations.

That middle part is going to be the foundation of my new piece!  I folded the top raw edge under once, pinned it, and stitched it down!  I used a zigzag stitch so it would stay stretchy.

Remember the leftover side scraps from the second version of this dress?  I’m glad I saved them, as they were going to come in handy for this refash!  I cut them into two identical strips, folded them in half, then stitched them up!

I turned each of the fabric tubes inside-out and pinned them to the top of my new top!

Then, I stitched them down!

I took the bottom high-low scrap and snipped a bit off the bottom.  Then, I folded the top edge under twice.

I ran this through my machine, using a straight stitch!

I grabbed my scissors and started snipping!

This took a while.

I pinned my new fringy thingy all the way around my new top like so:

For my final trick, I stitched it down with a zigzag!

I wore the third version of this dress to California Dreaming where Erin and I consumed several ridiculously cheap drinks!

That’s it!  This is the last one!  The end of One Dress, Three Ways!

But I want to know which one was YOUR favorite version?