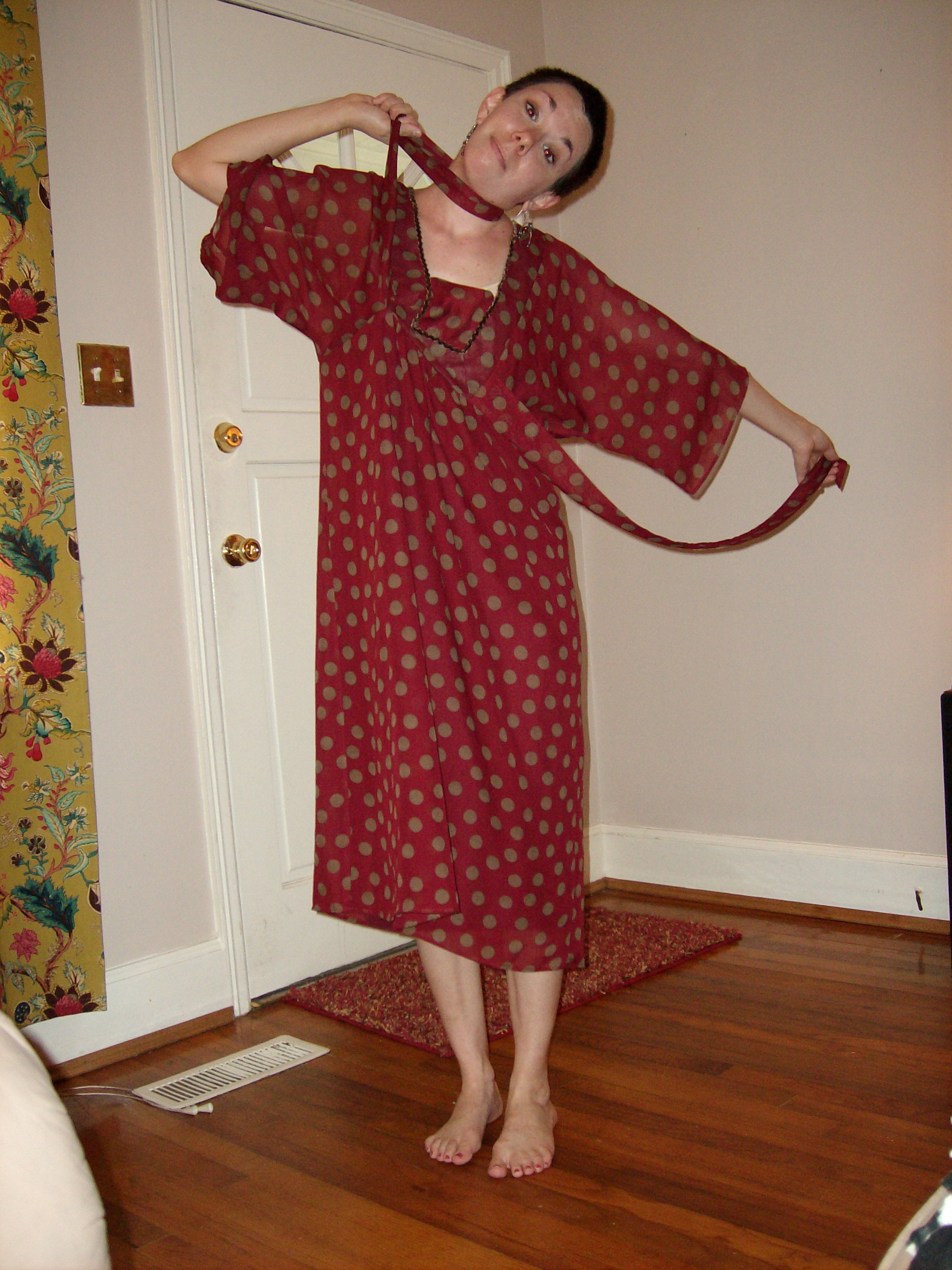 But first, I had to figure out what to wear.  I decided on this icky number for its Garnet hue.  Gotta show some school spirit to cheer on those Cocks.  Yep.  Cocks.  Our mascot is a Cock.  A fighting gamecock, to be precise.

The color was right, but everything else about this huge dress was wrong.  Time to get to work!  This dress consists of 2 pieces.  The sheer part you see and a solid maroon slip.  First off, I hacked of the bottom of the sheer part.

Next, I shortened the sleeves.

Then I hemmed the bottom and the sleeves to get rid of those raw edges.

Next, I needed to shorten the slip.  I decided to let it show from under the skirt to break up the whole polka-dot thing a bit.

The straps on the slip were looooong as can be and needed to be shortened.  I snipped the straps shorter, and into the machine they went! 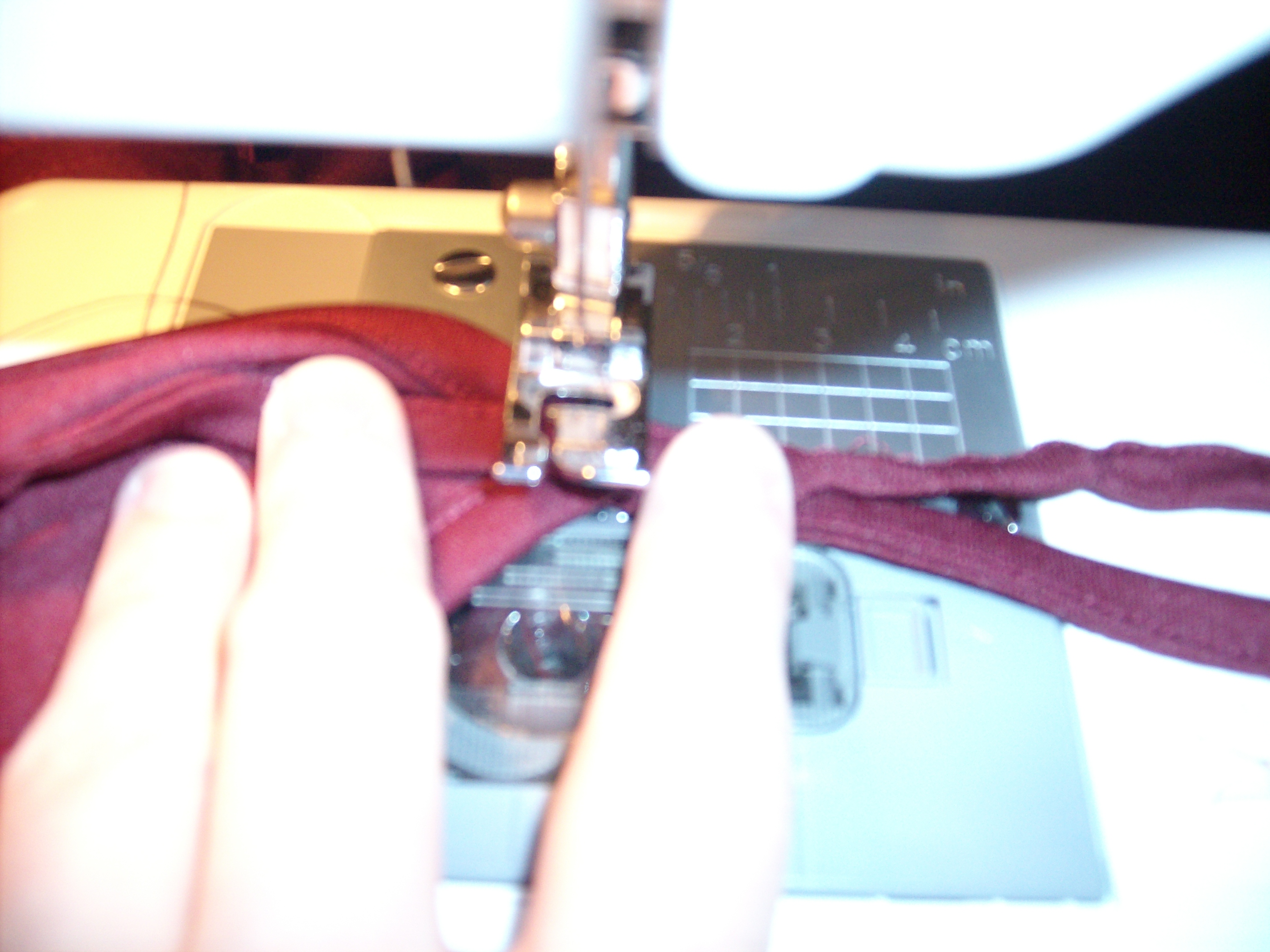 I hemmed the raw edge around the bottom, and was done!

I know what you’re thinking…”Isn’t she gonna take that in?  It’s huge on her!”  Nope.  All I had to do was use the ties built in on the sides, wrapping it around me a couple of times and making them look more like a sash.  I was ready to tailgate!

I even used the leftovers from the slip to make a matching band for my fedora! 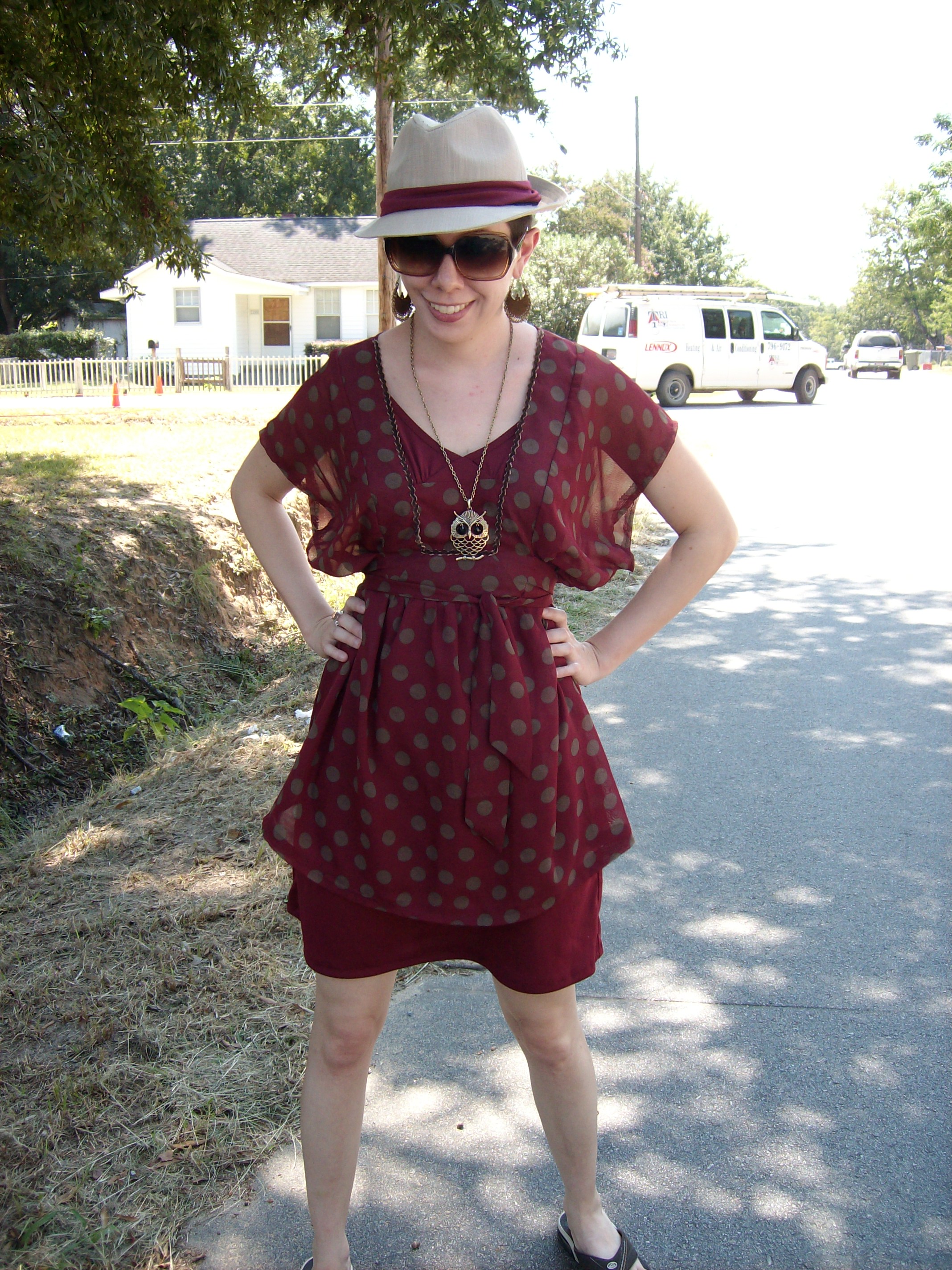 Soooo…how was it?  AWESOME!!!! I don’t know WHY I had such a stick up my ass about tailgating/tailgaters in general!  Of course, it doesn’t hurt that I was in excellent company with the coolest refs in Columbia Roller Derby…

I am now a tailgating convert!

Oh yeah…and the Gamecocks won against whoever it was they were playing.  🙂