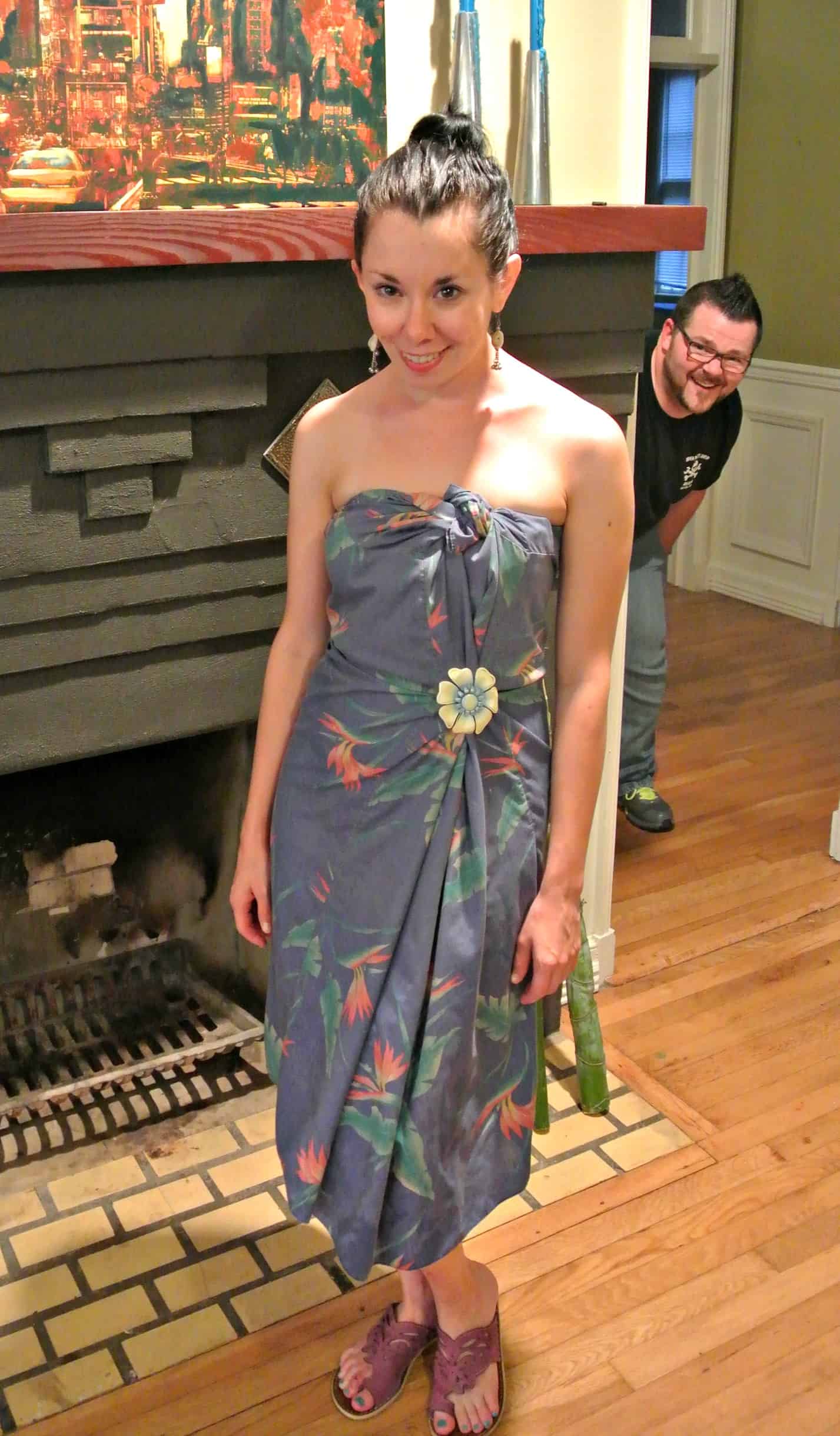 Hey!  Do you remember that time I refashioned this muumuu…

…into this no-sew dress?

If you don’t remember, it’s okay.  You can revisit it right here.  Although it was just last week, so you really should have a slightly better memory.  😉

So…now what?  I told you I planned on a re-refashion of this one, and now you get to see it!

To get started, I picked off those sleeves with my seam ripper.

I couldn’t very well leave those raw edges as-is, so I pinned them under, then stitched ’em up!

I knew I needed to resize this one, so on my dress form it went!

And THIS is when I did something stupid.  I pinned one side and guesstimated that the same amount would come off the other side by just gathering and holding the fabric, rather than pinning the opposite side as well.  My reason for this was that I didn’t want to have to take the time to unpin the opposite side to get the dress off my form and then repin it again.  Lazy. Lazy. Lazy!

I pinned both sides, assuming my dumb guesstimation was correct.

Then, I stitched up both sides like a total moron. :/

After cutting off the excess material, I tried my dress on.  And it wouldn’t even fit over my hips!  And all because I didn’t measure properly.  🙁  Lesson learned!

Undaunted, I decided to just make this dress a top instead!

I added a hem to that bottom edge…

My mistake ended up working in my favor, as I ended up spending my day at a friend’s hop farm in the middle of nowhere!

Before this trip, I had no idea how hops actually grew…BEHOLD!  🙂

I even helped out by picking a few!

Of course, I wasn’t alone in my hop harvesting adventure!  🙂

So…what did we DO with all of those hops?

As the sky darkened, it was time to head home…

So far I’ve managed to get two refashions out of this $1 muumuu!  I wonder what I can make with that bottom scrap?  🙂 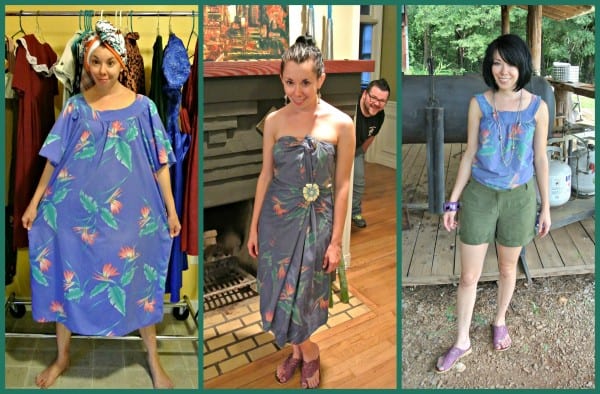 P.S.   Don’t forget to enter my Pay it Forward Sewing Machine Giveaway!  Next Monday is coming up faster than you think!