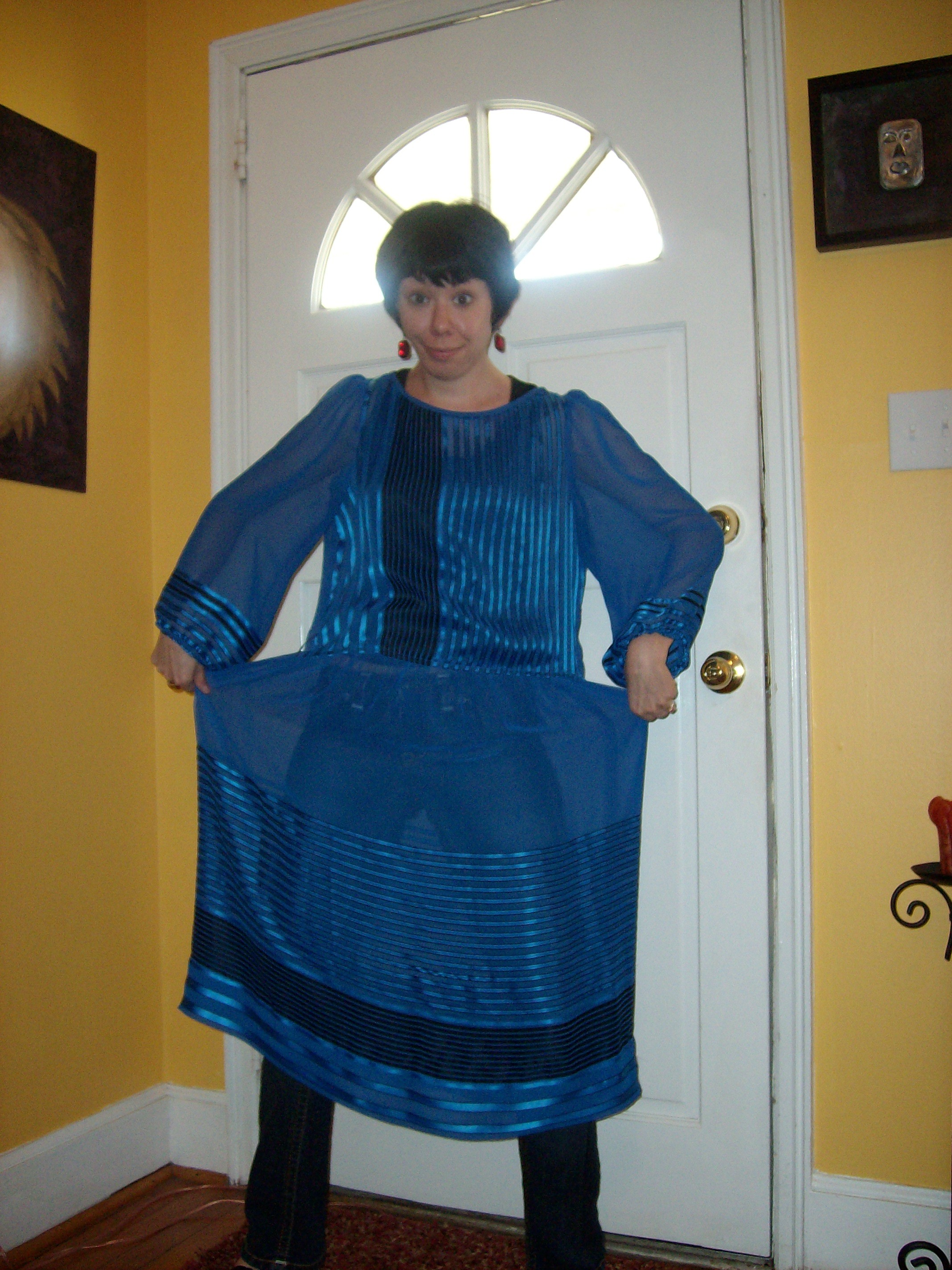 Today’s piece was awkward when first I found it.

The elastic in the waist had been completely stretched out, The length sucked, and it was too big for me.  Erg.  Thankfully, I wasn’t in the mood for a dress anyways.

The pic shows the first cut, but rest assured, I used my teeny tiny scissors to clean up that raw edge, leaving the seam that separated the skirt and the top as-is.

The sleeves had elastic at the cuffs, which I wasn’t digging, so I carefully snipped it out and pulled the offending elastic out.

I pressed the sleeves, to remove all evidence that they were ever elasticized.  I decided to wear my new top backwards, as I liked the back much more than the front.  🙂

What you really can’t see very well in my pics is that the top is verrrrry sheer.  I wore a cami under it to prevent any flashing.  🙂

I had a nice, casual-yet-funky top to wear for an evening of Art & Draughts at the Columbia Museum of Art.  The Columbia Design League arranged a lecture with Jeffrey Keyton, senior vice president for On-Air Design and Off-Air Creative for MTV & MTV2.  It’s fascinating how their branding and advertisements have such high artistic value, given the shoddiness of their programming nowadays.  However, Jeffrey told us that MTV is trying to veer away from the train-wreck reality programming that it’s become so known for in favor of scripted shows.  AND they might be bringing back Liquid TV!!!!!  Huzzah!  🙂