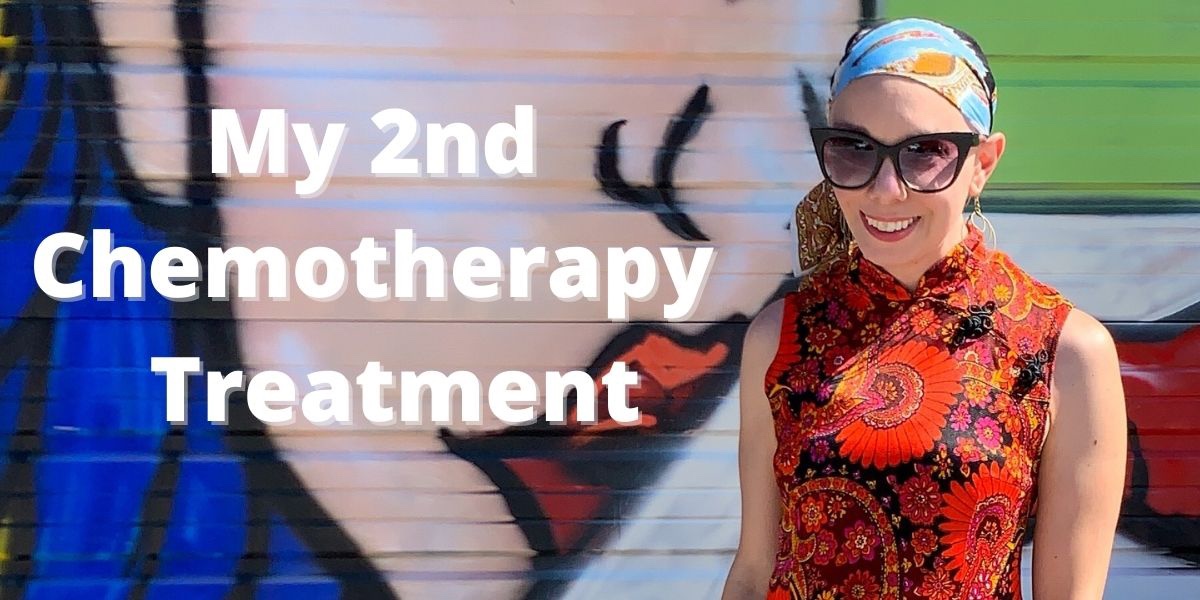 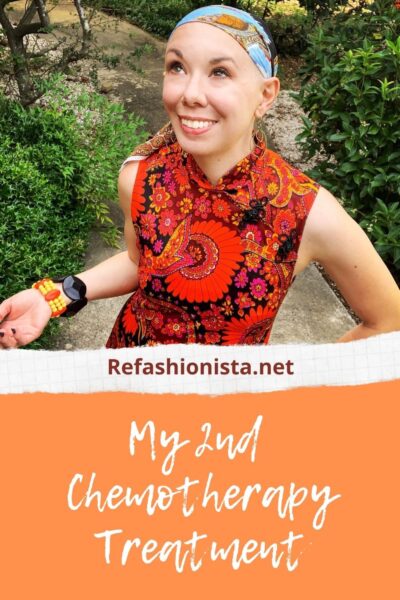 I am thrilled to announce I’m 1/3 of the way through my chemotherapy!

Last Thursday I returned to the oncology center where I receive my treatments, less than a mile from my house (so weird), armed with a Diana Ross-sized bag filled with everything I could think of to keep me comfortable and distracted for my 8-hour infusion session.

The side effects from my first chemo session really threw me for a loop. While I didn’t experience much nausea, the bone pain and brain fog were much more intense than I expected, and the unpleasant tingling & numbness in my hands and feet (think pins and needles) was a little scary.

The good news is, the worst of my side effects didn’t last long. After a few days I was able to think clearly again, and the pain subsided. The pins and needles went away too.

Within a week, I was back to taking a shortened version of my regular morning run.

Just got my post-chemo bloodwork results and everything looks great! ✅ Treated myself to a run 🏃🏻‍♀️& a lil PSL! 🎃 . . . . #ovariancancer #pumpkinspice #goodnews #fridayvibes

Within another week, my hair started falling out in clumps and I had to shave my head. 🙁 I hope you guys have been enjoying seeing the unveiling of my new wig collection. 😉

Everyone warned me the side effects from chemo would get harder and harder with each session. So, I tried to think of anything I could do to lessen them. I started hydrating further in advance of my treatment. I began taking supplements (Vitamins B6, B12 & Alpha Lipoic Acid) to help fight neuropathy (the nerve damage that causes numbness in my hands and feet).

I am so so SO grateful to report that my second bout of chemo treatment was easier than my first.

Maybe my extra preparations this time did the trick. Maybe I was more mentally prepared. Maybe I was just lucky. But I bounced back really quickly, with only two days of significant downtime (spent on the couch watching the last season of Schitt’s Creek).

My biggest symptoms were/are fatigue and some pain. I still haven’t experienced much nausea, and I didn’t have that pins and needles feeling at all this time.

I don’t want to say it wasn’t that bad, as that’s simply not true, but it wasn’t nearly as bad as what I was anticipating.

I get knocked down, but I get up again.

Before this blog was even a thing, I used to play roller derby (poorly). I was never very good at the sport, but I really enjoyed it and through this unusual pastime met some of the most amazing people I’ve ever known.

While I was one of the fastest skaters on my team, I was also one of the easiest players to knock over, standing a full head shorter than most other roller girls, and weighing even less than I do now.

My derby name was Thrill Kill Jill, which I still think is pretty badass.

For two years, I spent a lot of my free time getting hit to the ground and hopping back up as quickly as possible. What I lacked in blocking skills and muscle mass I compensated for in lunk-willed stubbornness.

I cannot emphasize enough how not good I was at Roller Derby.

I cannot emphasize enough how not good I am at having Cancer.

I keep getting a lot of feedback about how I’m handling this so well, doing so great, and being so brave, but I don’t really feel that way.

I don’t think being able to take a beating is exactly a skill.

I don’t think anyone can really be good at this. I don’t think a person who responds to a diagnosis like mine with bitterness and snark is any less brave than someone who is super positive.

I’m just getting hit over and over and over again, pushing myself back up, and sprinting back so I can get pummeled again. If you were in my position, it’s exactly what you’d be doing too.

Because there’s no other option.