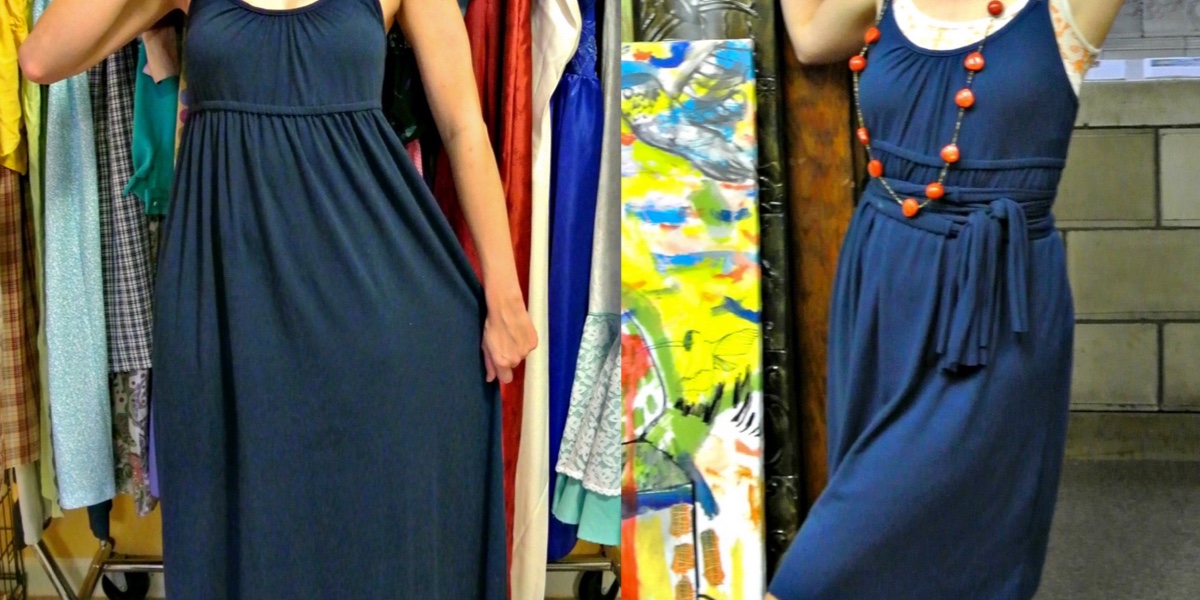 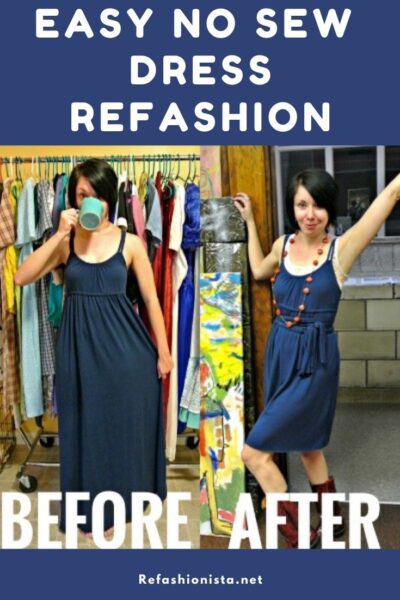 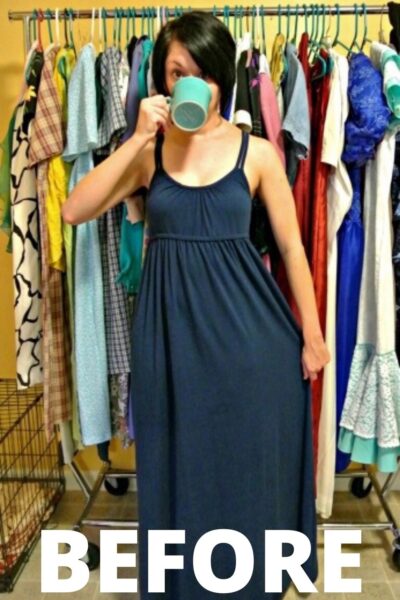 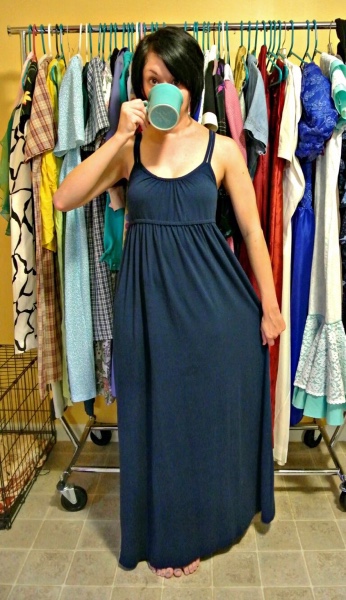 When I woke up yesterday, I had an unshakeable urge to do a quick Refashion! My victim was to be this jersey maxi dress!

This is a maxi dress.  It’s not terrible.  I’m sure there are worse maxi dresses in the world.

I actually wore this dress as-is a few times after scoring it for $1.  It was one of those, “Eh…it’ll do for work, I guess…if I put a cardigan over it.” pieces.

But that’s lame.  Why should I settle for a lackluster frock from 9-5?

They’re by none other than the charming Michael Krajewski!  He opened his studio to the public for Main Street’s monthly First Thursdays on Main Art Crawl!

I didn’t get to spend as much time at First Thursday as I would’ve liked, as I had to make a mad dash to Finlay Park to check out SC Shakespeare Company’s production of Cymbeline!

As this is hardly ever produced, I was really excited to catch this rarity.  🙂

It’s a very good production, and you should catch it if you can.