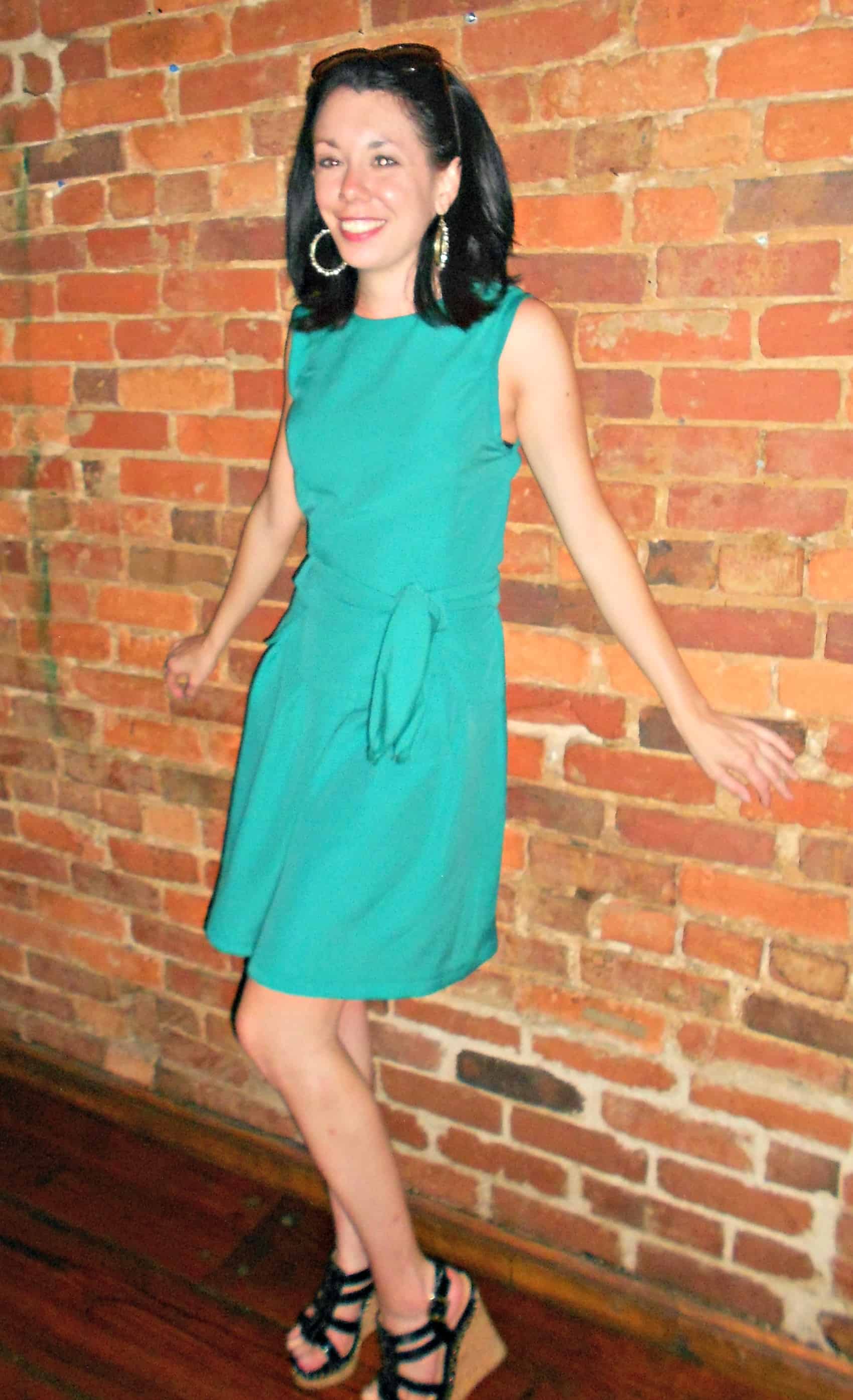 Hey guys!  It’s your long-lost pal, ReFashionista!  🙂  Yes…it’s been a while.  I know some of you are wondering what’s been keeping me away from my refashioning.  Be warned — The pics you are about to see are quite graphic and not for the faint of heart!

This shots are of my terrifyingly shoddy and weed-ridden back yard.  This is what happens when you spend all of your time sewing and none tending to the flora and fauna around you.  :/

My Gent and I have been slaving away…trying to turn this mess into something nice (He’s awesome like that).  I’ve started my first veggie garden!  I’ll show you some “after” pics as soon as I’m thoroughly pleased (or at least much less ashamed) with the “after”.  😉

Peplums (those fluffy/floppy things at the waist) are suuuuper trendy right now.  I’m not a huge fan of this trend, but when I found this frock for $1, I loved the color and the not-too-intrusive peplum.

It reminds me of this dress by Emilio Puuci:

Yeah…It’s rare that I’m willing to spend $16.95 on a dress, let alone over a grand!  I’ve owned cars that have cost less than that!

Okay…back to that dress!  My first step was to snip off those sleeves!

Next, I added a few triangle-shaped notches around the armholes.

I folded the raw edges under twice and stitched ’em down.

Now I just needed to get my new frock fitted!

I ran each side through my machine, and attacked that frumpy length!

Now, this dress has belt loops, but no belt!  I took the bottom scrap and turned it into…

I couldn’t decide what to do with the $1,694 I saved by refashing my own Pucci wannabe…so I started with a tasty brew!

Some of you guys might remember a few months ago when I costumed Plan 9 From Outer Space.   Well guess what?  Trustus is bringing it back!!!  This means new and updated costumes (yet another reason for my lack of posting).  I’m also designing costumes for an upcoming production of Red, so yes…I’ve been a busy busy gal!  🙂