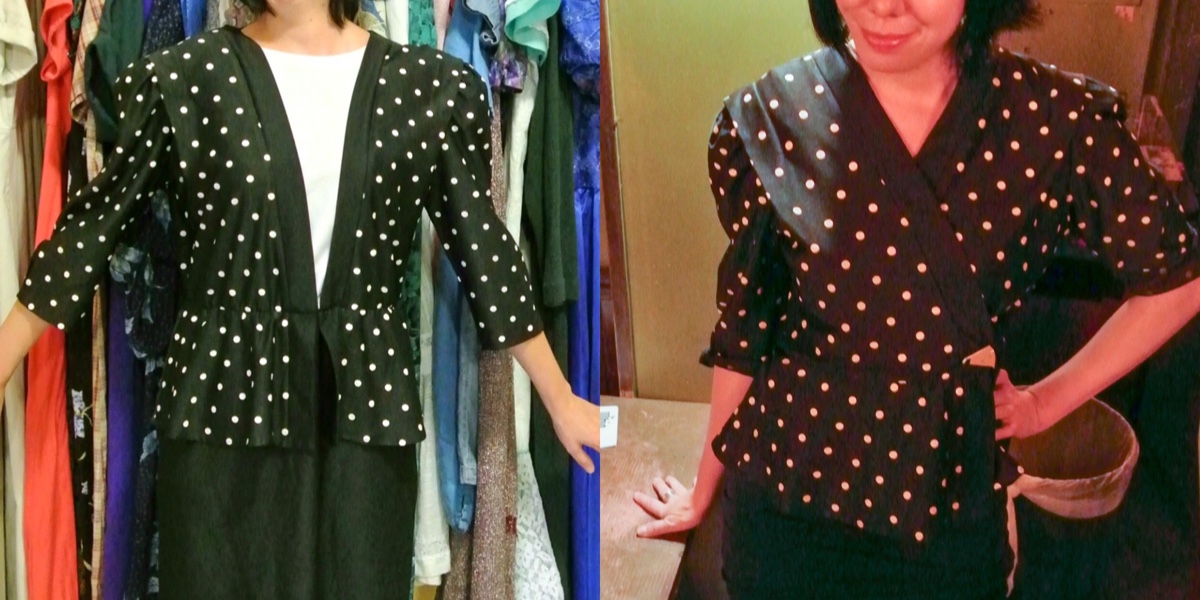 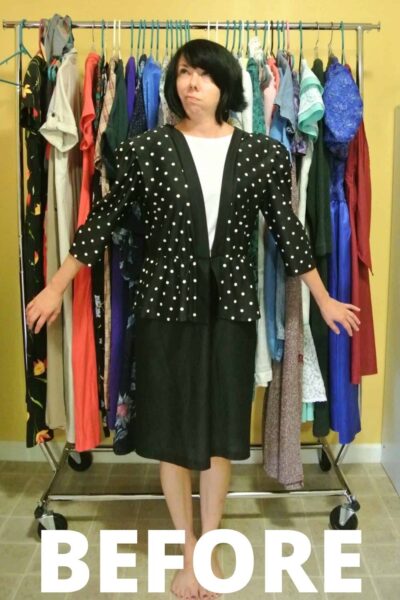 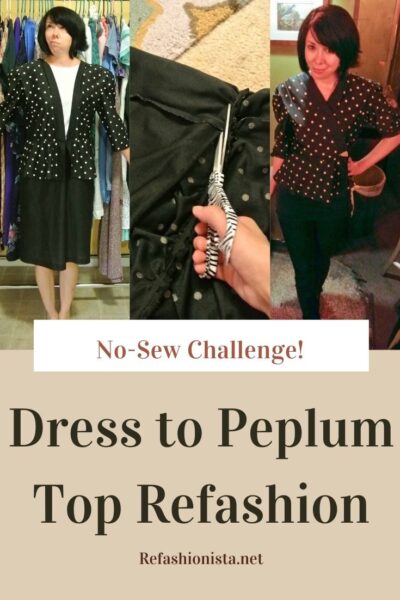 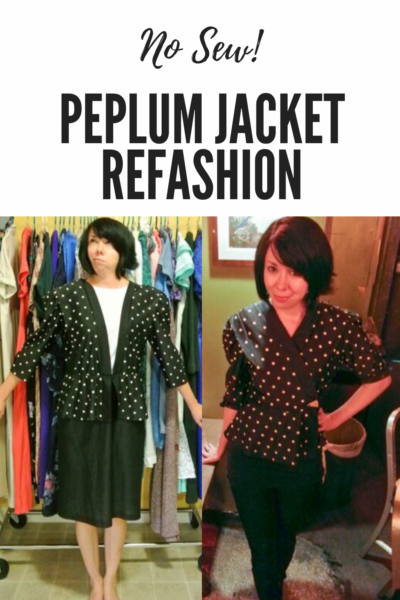 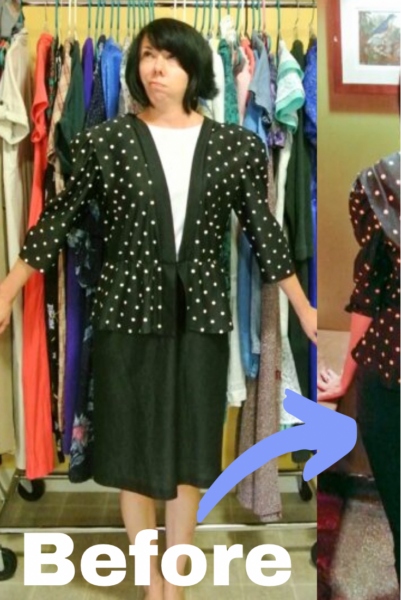 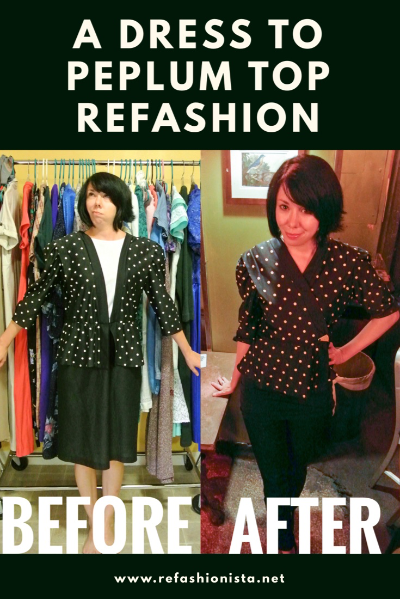 For Dan’s birthday, I needed something nice but casual for a night at The Whig with friends.

He was finally turning 31 (Yes kids…I’m actually dating someone who’s younger than me for a change…shocking!), and I wanted to look put together, but not like I was really trying too hard.

This looks like a perfect birthday outfit, doesn’t it?

As you know by now, I HATE fake layers.  I don’t understand them.  I’m a grownup.  I can do my own layering dammit. *stomps foot and pouts*

I immediately began chopping all that fakery away!

Oh…and we can’t forget these:

Since the only thing about this original piece that I actually liked was the peplum jacket, that’s the only part of this that I really wanted.  The skirt part was itchy and sheer, and that fake shirt was just a V-shaped insert.

I wrapped the jacket part around my waist and pinned it with a favorite brooch.

I’ve paired it with black jeans and my black flats.  Nice & Basic!

Now I have a top I can wear for work (picture it with a black pencil skirt and heels!), as well as play!

Dan had an awesome birthday that was made even awesomer by a friend who was in town from China!

This is Josh Beard.  He’s the guy who took that dramatic black and white photo that’s been hanging out on the top of my blog since Day 1.  🙂  You can see more of his work here.

Do yourself a favor.  Don’t Google this.  You’ll be happier for it.

Many drinks were consumed…

…and height comparisons were made.

35 thoughts on “A New-Sew Dress to Peplum Top Refashion”