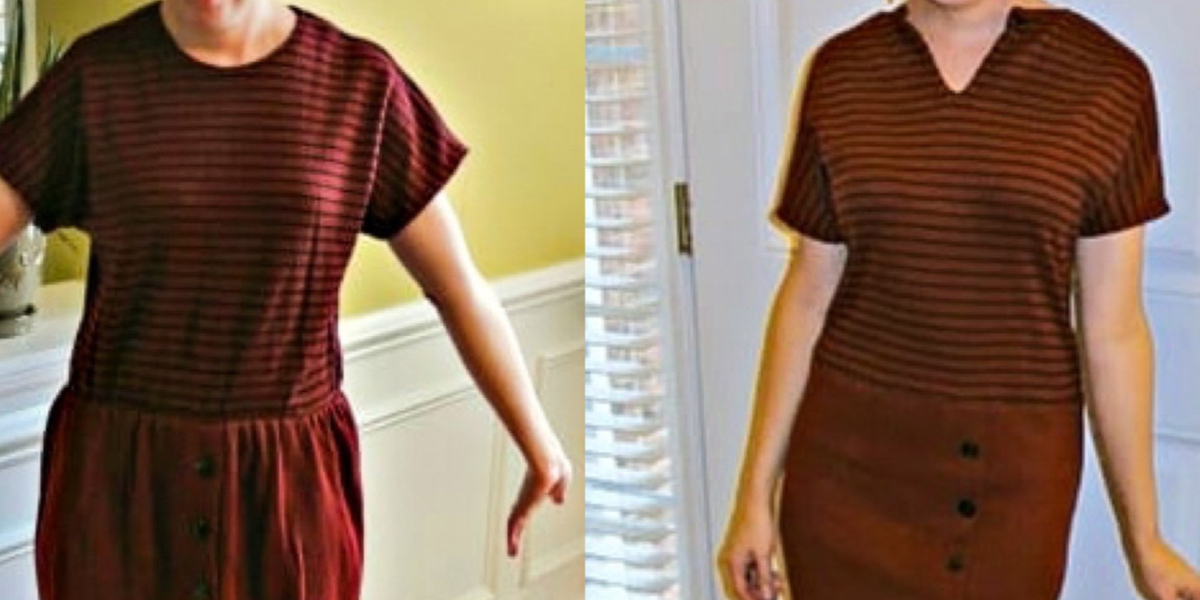 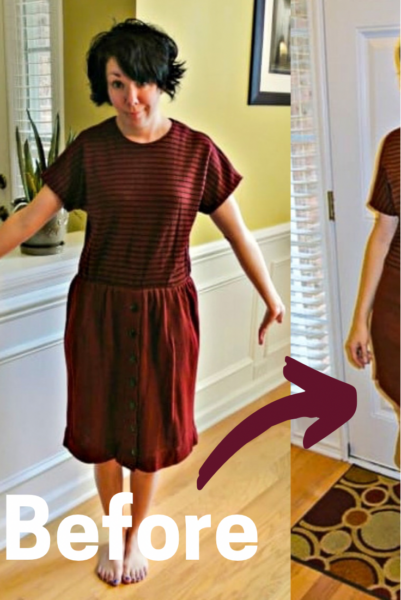 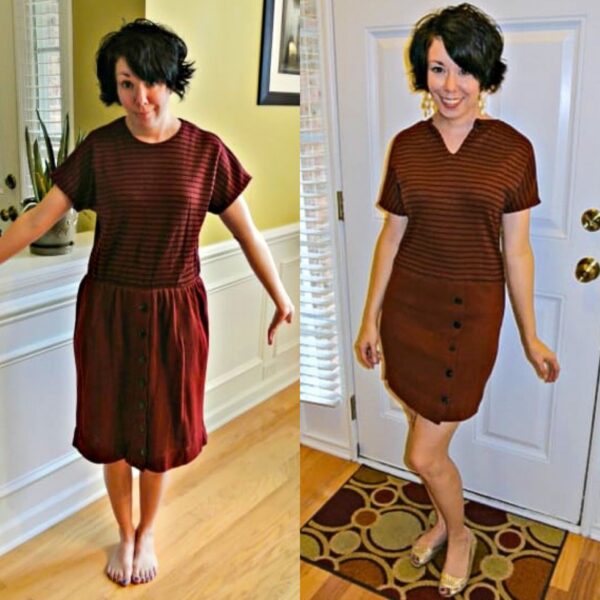 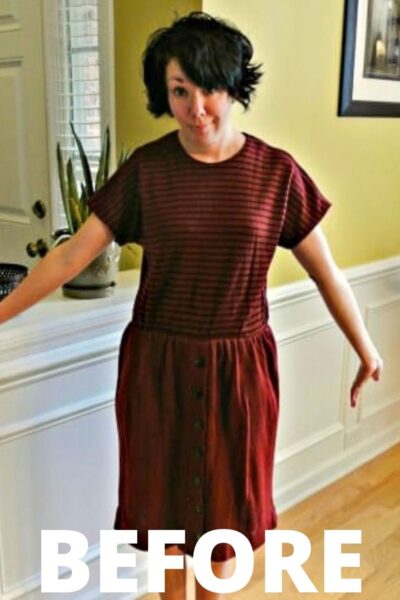 Columbia SC (the city in which I reside) has been through a lot lately.

The Midlands have been hit with devastation like I had never seen before.

All of this happened while I was safe on higher ground, but unable to get to anywhere where I could be of any help as the surrounding roads were flooded or closed.

I’ve held off on sharing the refashion I made that day, as it just felt wrong. For me to have escaped completely unscathed while others lost so much seems unfair.  My friends also skirted disaster (though barely for some).

This was a day when I needed something to occupy my hands.

I began with this ill fitting elastic-waisted dress.

This is a sad & misshapen elastic-waisted dress that I can imagine looking good on anyone. At all.

At first, I thought I’d just turn it into a fun stripey top.  So, I picked off the elastic…

Then, I snipped off the top from the bottom…right along the serged seam.

I put the top part on and realized my midriff was out there for all the world (or in this case Douglas) to see.

It looked like this piece was going to stay a dress after all!

I decided to make the button-up back of the dress the front.

I also got creative with the button placement.  I thought it would look a bit more mod with the placket off to one side.

I laid out my top and bottom pieces, prepping the bottom for a side trim.

I snipped off about 3 inches from the top of the bottom part, as well as that unneeded fabric from the side.

Next, I stitched down the side I had just cut off.

Now it was time to bring the two pieces together!

I pinned the two sides together, with the right-side-out parts facing each other, like so:

The reattachment process continued, as I stitched the two pieces together.

My dress wasn’t quite the right size when I tried it on.  No biggie!

I just took in in a smidge.

For my last trick, I stitched down the front placket.

I had to use the closest thing I had to maroon thread in my alternative sewing locale.

And here’s how it turned out!

I’m really happy with this one, and was equally happy to have something to do that day.

Columbia is no longer underwater, but there is much work to be done to restore the parts of the city that were decimated in the flood.

It’s inspiring to see how everyone has come together to help each other through this terrible time. And the need for helpers and resources isn’t going away any time soon.

Please keep SC in your thoughts.