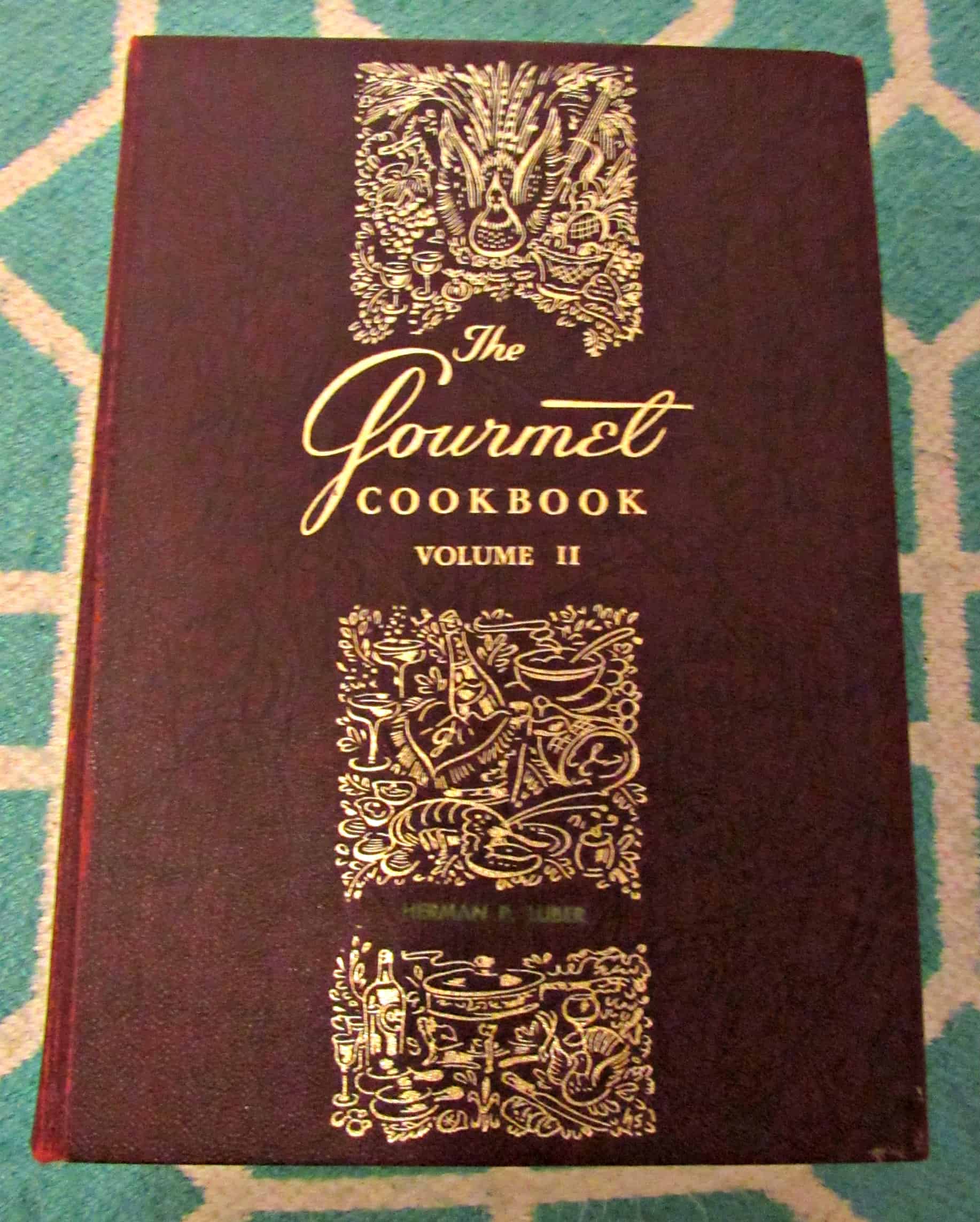 I am not a foodie blogger. Don’t get me wrong, I love to cook, and do so quite frequently…usually with something at least vaguely pleasant to show for it afterwards. I get most of the recipes I use from online or from my beloved Mastering the Art of French Cooking two-volume set. However, after my recent horrific cooking experience, even the vaguest thought of becoming a food blogger has been permanently bashed from my brain.

While ambling about the local blogosphere, I encountered a couple of posts that inspired me. One was, The Better Side of Vintage Recipes by April Blake, and the other was Cooking like a Modern Woman of 1976: The After Work Entertaining Cookbook by Anne Wolfe Postic. Both articles are about the many awesome recipes you can find in old thrift store cookbooks.

You’ll recall a recent Thrift Score Thursday in which I scored this 831 page tome for free.

I flipped through the pages excitedly, seeing recipes for Smoked Duck and Caviar Crescents…ignoring other recipes for such delicacies (?) as squirrel and roasted bear (first red flag). I imagined me smiling graciously as my dinner party guests offered rounds of applause for my culinary prowess.

As I flipped through page after page of mostly picture-less (second red flag) recipes, for some reason I stopped on this one.

“Huh. I used to LOVE chicken livers as a kid,” I thought. “I should make this!”

In looking back on this, I can’t actually remember any incident of eating chicken livers as a kid, let alone enjoying them. But the idea was there, so I went with it. I ran to the grocery store and got all the ingredients I needed to make what I was sure would be one of the most amazing meals I had ever prepared.

It didn’t start off very well.

As I browned the livers in butter, my kitchen began to fill with the aroma of blood and baked dirt, intermingled with a sour smell that I still can’t quite put my finger on. A brownish-green gravy began to form in the pan.

But I was fearless. It would all come together in the end. I was certain. There was no going back now.

The next step was to remove the livers and brown the mushrooms in the leftover chicken ooze. The recipe appeared to be taking a safe turn.

I added the chicken stock and white wine to the mushrooms as instructed.  Then I added the livers and simmered this grotesque mess until the sauce thickened.

I put this awful-smelling stuff on top of a bed of rice (Yeah…that’ll help) and took my first bite.

I took a second bite.

And promptly threw the whole thing into the trash.

It was awful, my friends. It tasted exactly how it (and now my entire apartment) smelled, which wasn’t helped by the addition of the rubbery texture of the livers.

Let this be a warning to you. The next time you thrift score a cookbook, perhaps you should try the less-adventurous recipes first. Or at least stay away from sautéed organ meat.