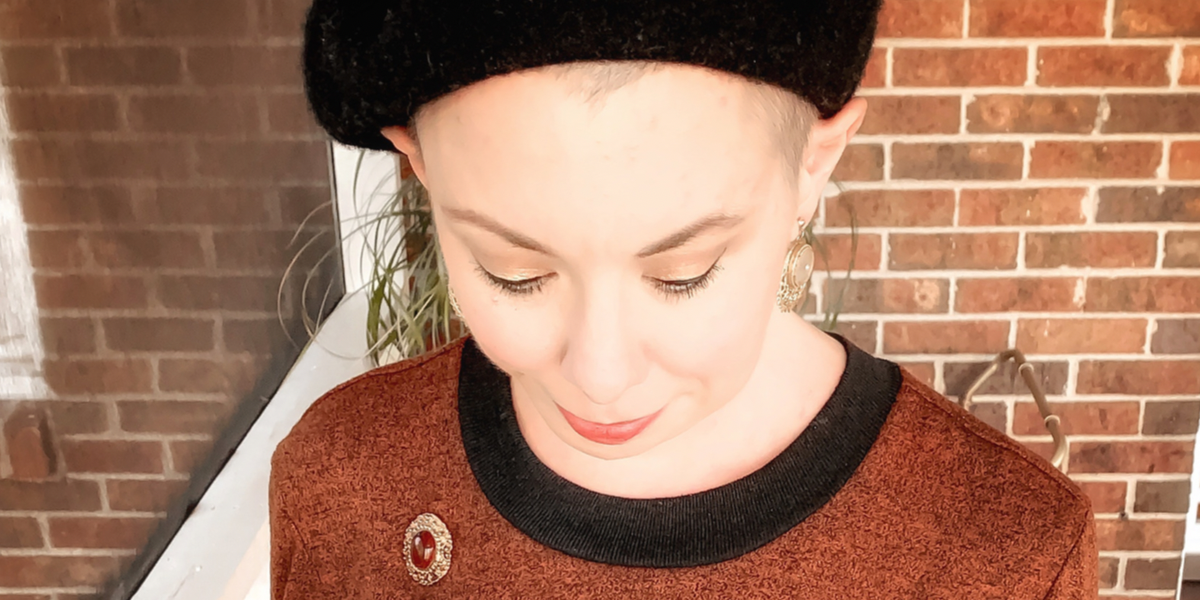 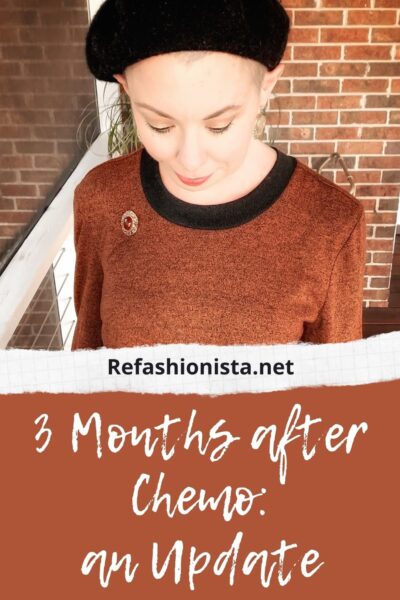 Hello Friends! It’s been three months-ish since my last chemotherapy treatment, and I wanted to drop in and let you know how I’m doing since a lot of you have asked.

After my final cycle of chemo, I was officially declared in remission with no evidence of disease (NED). Great, right?!?

I had no idea how I’d end up feeling post-chemotherapy.

There really isn’t much information out there about what it’s like for cancer survivors after chemo is done and they’re out on their own again.

That’s why I’m writing this. I hope it helps others who are going through similar experiences.

For the first month, I was really really sad and scared.

I feel like this sounds crazy, but for the first month after chemo, I felt sad and scared.

During treatment, I was in survival mode– doing everything I needed to do to get through each grueling day. I kept myself busy as I could to avoid contemplating the abject horror of what my body was being put through.

I was also terrified of recurrence.

While I was relieved to be done with chemo, I felt unprotected without it. Yes, it made me sick all the time, but it also killed my cancer. What would stop it from coming back now?

Before you dismiss me as being a hypochondriac, keep in mind recurrence rates for stage 3 ovarian cancer are very high, and survival rates are very low.

Of course, these numbers are just based on statistics and every person is different. I hope I’m one of the lucky ones whose cancer doesn’t come back, but these statistics are pretty freaking daunting.

Reaching Out for Help

As you can probably imagine, feeling scared and sad all the time wasn’t exactly ideal. So, I called my oncology center and asked for a referral for a therapist who had experience with cancer survivors.

That day, they found one for me. She told me my feelings were totally normal after everything I had just experienced.

“But I should be happy. I’m done with chemo. I’m cancer-free. I should be doing cartwheels right now.”

“Who says you should be happy?”

Since then, I’ve been meeting with her weekly. It’s helped me to process my feelings and get back to a much happier & more mindful version of myself.

Right when I was starting to feel better and more like myself, I began experiencing symptoms of recurrence.

It started out as stomach cramps after meals. Over a few weeks, it worsened to the point where I couldn’t eat anything without becoming violently ill.

My oncologist prescribed meds to treat my symptoms, and brought me in for bloodwork and a CT scan.

Recurrence was a possibility, but it was also possible that my tummy troubles were late effects from the high dose of chemo I had been on.

When I stopped by the oncology center the day before my scan to pick up my barium shake (yum…not), I ran into one of my nurses from the infusion area.

“Well hey!!!” she cheerfully greeted me.

The hallway seemed to grow longer and narrower. I felt woozy. I gave a weak wave and practically ran away from her (I feel bad about it, as she’s really sweet).

An hour after the scan, Mr. Refashionista and I met with my oncologist who informed us my scan was completely clear, and my bloodwork looks great too.

Now I have an appointment with a gastroenterologist to figure out what’s going on with my stomach, but as anything is better than cancer, I’m not that worried about it.

I’m happy to report I’m feeling much better now, both mentally and physically.

I’m eating healthy and working out almost every day to get stronger (drinking a green smoothie as I type this). It’s going to be a long road to get back to where I was pre-cancer, but I’m determined.

Two months ago, I volunteered at our outdoor COVID vaccination site, and am now fully inoculated (they give volunteers the vaccine when they have some left over).

It felt good to help my community and I’m relieved to have one less health thing to worry about.

My hair is coming back too! About a month after treatment, fuzz began to show up on my head.

Three months out, my hair is about 1/2″ long, a little thinner and greyer than before (fine by me!), and loooooks like it may be coming in curly (fun!). It’s also super soft and when I touch it, it feels like petting a hamster.

About two months after treatment, I noticed a sort of “five o’clock shadow” on my eyebrows and lashes. Now they’re almost back to normal! For some reason, I thought my brows and lashes would grow back a few at a time, but they came back in full force.

Now that my three month checkup ended up totally clear, I don’t have another until July.

In the meantime, I’m focusing on taking good care of myself (physically and mentally), as well as working on this blog!

I can’t help but feel that things are finally looking up.

You can read more about my cancer journey here.