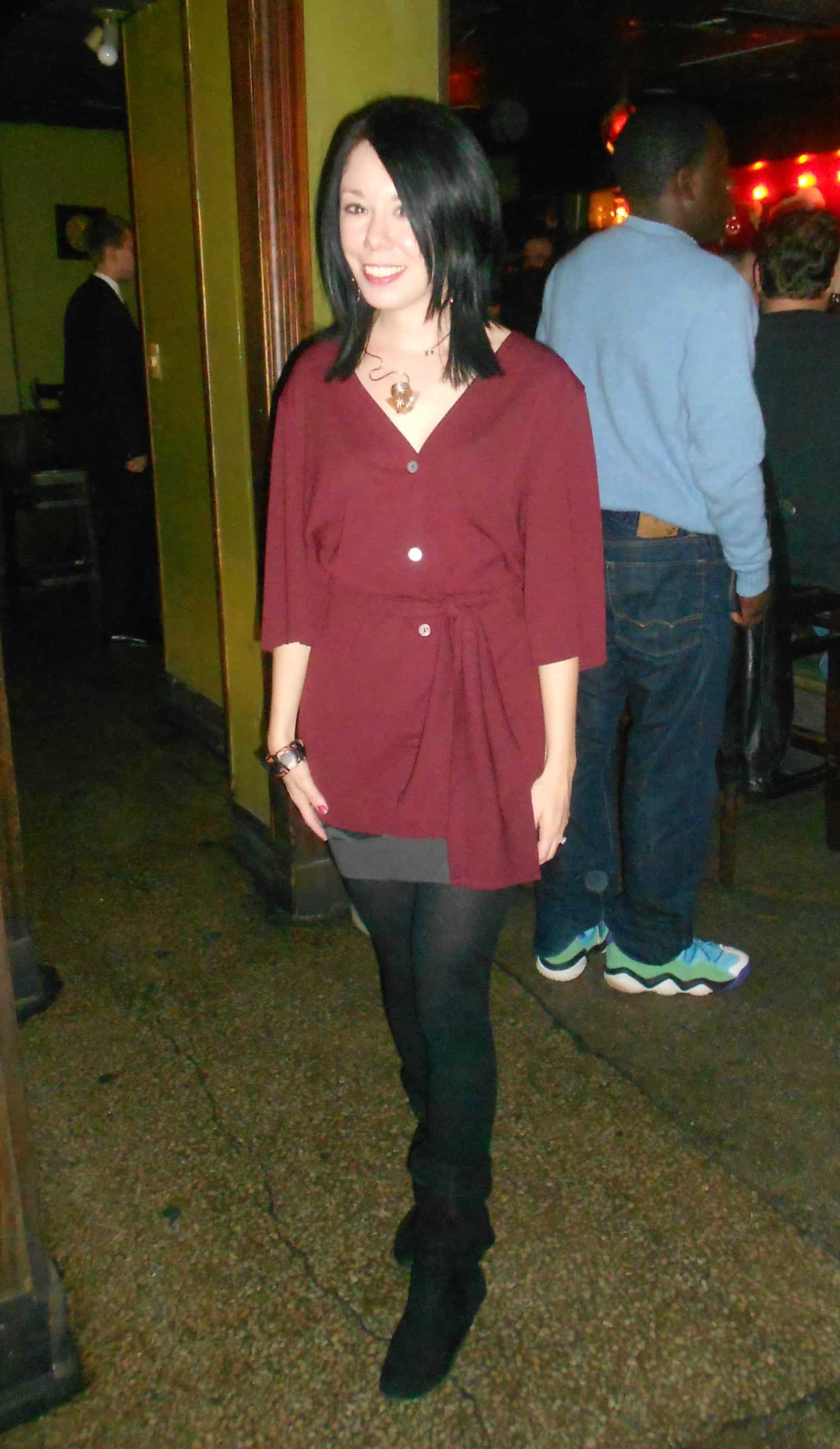 178 shares
The Cat's Meow: How to Add a Shirt Pocket to a Dress
Happy Thanksgiving '90s Dress to Jacket Refashion

Nope…that title isn’t a misprint!  🙂  So, you guys haven’t heard from me since my awesome  Thanksgiving.  I wish I could say wild and fabulous things have been happening, but I’ve just been lazy…letting my gears turn and churn on ideas for cool things I want to bring to you, my dear reader, for 2013.  Rest assured, some changes are coming, and I hope you’ll dig ’em!  🙂

This doesn’t mean I can just stop refashioning though!  Since I gave up everything I made for my 366 day challenge, I realllllly need to beef up my miniscule wardrobe with fab frocks & warm, wonderful things for this winter!  🙂

I needed something nice to wear to review a show at Trustus Theatre, and decided to go with this:

Spock isn’t the only one who has doubts about this refash!  The color is fabulous, but this not-quite-shirt/not-quite-jacket wasn’t working for me.  I loooove that color though, so this $1 purchase came home with me.

To get started, I stitched up that gapey bottom.

Once that was all stitched up, I gleefully hacked away at the bottom!

Then, I put it on my dress form inside-out to get it more fitted.  I didn’t want to go too fitted with this.  I wanted a dolman sleeve look, with a more fitted waist.

I stitched up those sides, then chopped of the extra material, as well as a bit of the sleeve length.

Since this piece is made of a tight-knit polyester, nothing was going to fray.  Since I was running late, I left the edges raw.  🙂

I’m not done yet!  I took the leftover scraps from the bottom of this piece and stitched them end-to-end.

I made a bit of a mistake by chopping off the length before taking it in.  :/  I had wanted it to be a dress, but quickly realized it was going to have to be a tunic instead.

Meh…I think I actually like it better as a top anyways!  I paired it with tights and a sweater tube top that I wore as a skirt!

The show I was sent to review was titled [title of show] (once again…not a misprint). 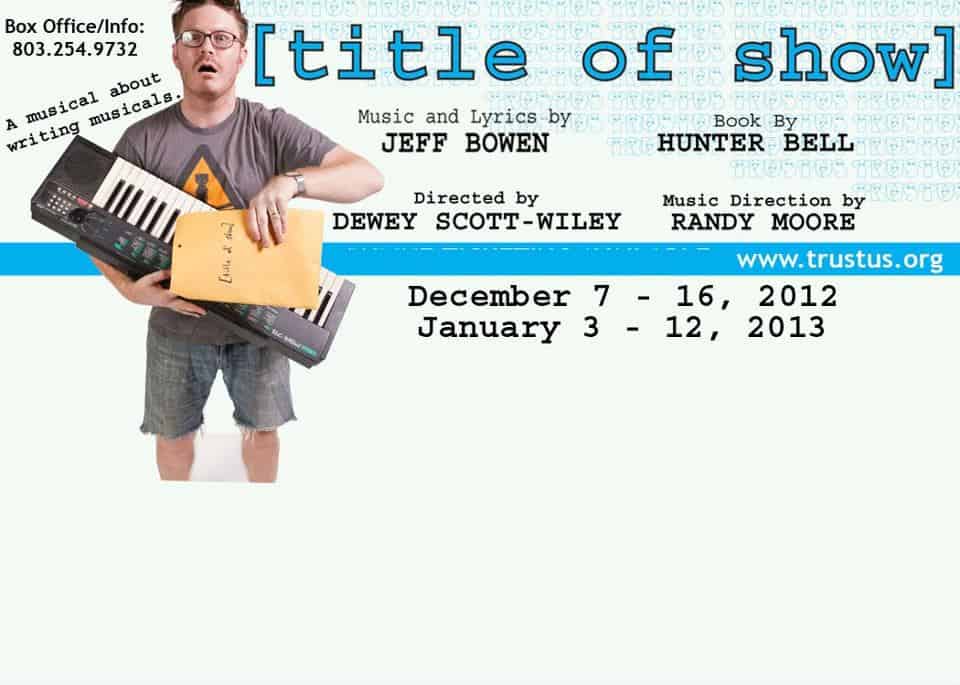 It’s about two nobodies in New York who have only three weeks to write a musical to enter in the inaugural New York Musical Theatre Festival.  Unable to come up with an original work (not a show based on a book or a movie), they decided to write their musical about their experience writing their musical!

You can read what I thought about it in my review for Jasper.

After the show, I met some friends for a drink.

As I leisurely sipped my beer, I thought about the show I just saw.  It really spoke to me.  Putting something new out into the world is scary.  What if it isn’t good enough?  What if I’m not good enough?  What if I’m not talented, clever, pretty, or intelligent enough?  One of the lines from [title of show] that struck a real chord with me is said by Susan, a fiesty & funny would-be actress with lots of talent, but even more self-doubt:

Why is it that if a stranger came up to me on a subway platform and said these things, I’d think he was a mentally ill asshole… but when the vampire in my head says it, it’s the voice of reason?

Seriously…why?  And that’s another reason why I haven’t been refashioning as much lately.  I’m afraid it just won’t be good enough.  Something that started out as a way for me to be able to afford to wear cute things and help out where I could took on a life of its own– with fans and critics actually bothering to watch what I was doing.   The success of this blog has been at times overwhelming.

I couldn’t have seen this show at a better time in my life.  It’s time to tell that voice in my head, “Die Vampire!  Die”!  and keep moving forward.  🙂

…and that’s what I’m going to do!  🙂  No more making you guys wonder if I’ve fallen off a cliff, been kidnapped, and/or left for dead in the artic tundra!  🙂

The Cat's Meow: How to Add a Shirt Pocket to a Dress
Happy Thanksgiving '90s Dress to Jacket Refashion
178 shares

31 thoughts on “[title of refashion]”