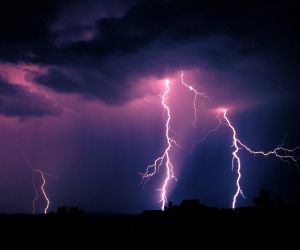 What you see here is a jumper-dress that I could totally see a first grade teacher wearing in the early 90’s. However, I was really taken with the happy fish print. Maybe this is because I haven’t been on vacation in awhile. Maybe it’s time.

I originally had plans to make today’s piece a tunic with a deep V-neck and a racerback. However…nature had other plans…

Just as I was about to start working on it, it began to storm outside…complete with tons of lightning. As I’m all about not getting electrocuted, I refrained from pulling out my very much electric sewing machine. I was going to have to think of another idea.

This brings us to a no-sew day. First, I snipped off the little strappies that were meant to gather the jumper-dress in the back.

Next, I put it on over my head, but not with my arms in the armholes like so. 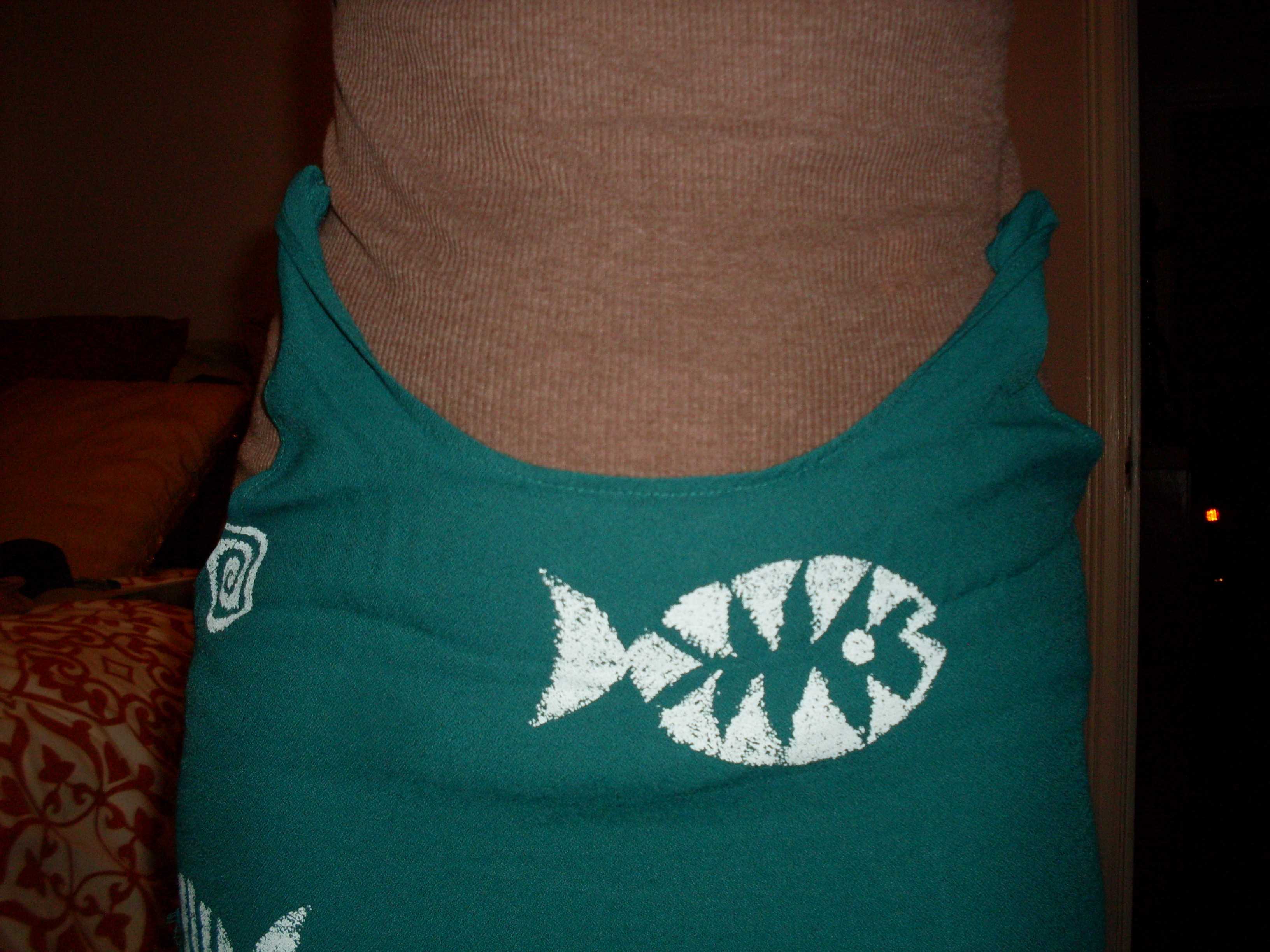 Then, I just rolled it over a couple times to make a super comfy roll-top skirt.

It actually stayed up just fine on it’s own, but I decided to dress it up a bit with a wide vintage belt.

Forgive the too-bright back lighting.  It was taken on my apparently very light sensitive cell phone camera by the obliging Katie at the GFerry Starbucks.

In the end, I was actually glad that Plan A didn’t work out. As a tunic, it would’ve just looked like a swimsuit cover up. It’s much more attractive as a nice, long, flowy skirt.  Thanks Nature.