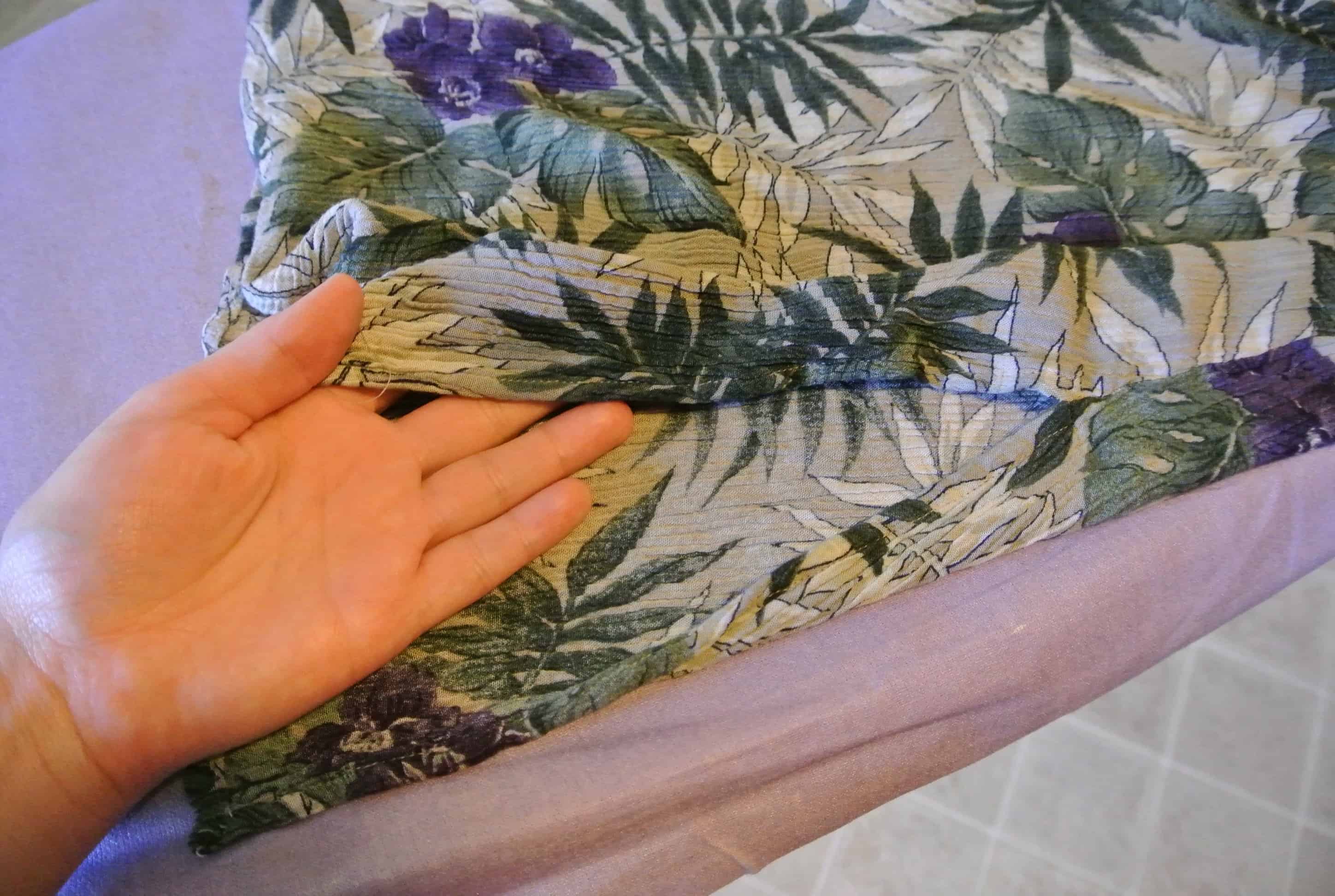 In 2009, we all saw something slightly frightening hit the runway:  Harem pants.  Basically, for one season, designers tried their darndest to force this trend upon us once more:

Fast-forward to 2013, and whaddyaknow?  Harem pants are attempting a dubious comeback once more!  Luckily, they’re a bit more subdued than their crotch-to-your-ankles predecessors!

I personally think this trend is rather silly, but when I was invited to a party with instructions to “dress in festive attire” and “There will be big pants.”, I decided to give ’em a go!

I began with this thrifted skirt.  The pattern doesn’t look much like the original, but it IS floral and fun, so let’s just go with it! 🙂

You can kind of see on the right where there are two side slits.  I quickly stitched those down.

Then, I safety-pinned the skirt around my legs on each side so they fit really snug!

I slipped out of the skirt, and cut a U-shape from the bottom of where each leg was going to be, like so!

I pinned along my new edge…

…then I sewed the two sides together!

One problem with wearing something ironically, is that you’re still wearing it.  Another problem is that you might really really end up liking it.

Of course, any trend can seem like a good idea after imbibing much wine from exotic receptacles!

Now, on to another subject I’ve avoided til now.  I’ve been getting lots of comments/emails about that handsome older gent I was seeing for the better part of a year.  The good news is, he’s still alive and also still handsome.  The other news is, we’ve been broken up for a couple of months now.  That’s why you haven’t seen any pics lately.  Our 26 year age difference, coupled with the long-distance relationship factor, thirded with many other issues we had brought everything to a close.  Don’t worry.  Everyone’s fine.

I’m not bugged with anyone for asking about this.  When you have a blog like mine where you actually put your friends/love life/social life out there the way I do, what can you expect?  So…while you’re not going to get the same detailed account as my last breakup (he didn’t like my blog, and was therefore fairer game), now you know what’s going on.  🙂

71 thoughts on “Wannabe Wednesday: a Skirt to Harem Pants Refashion”