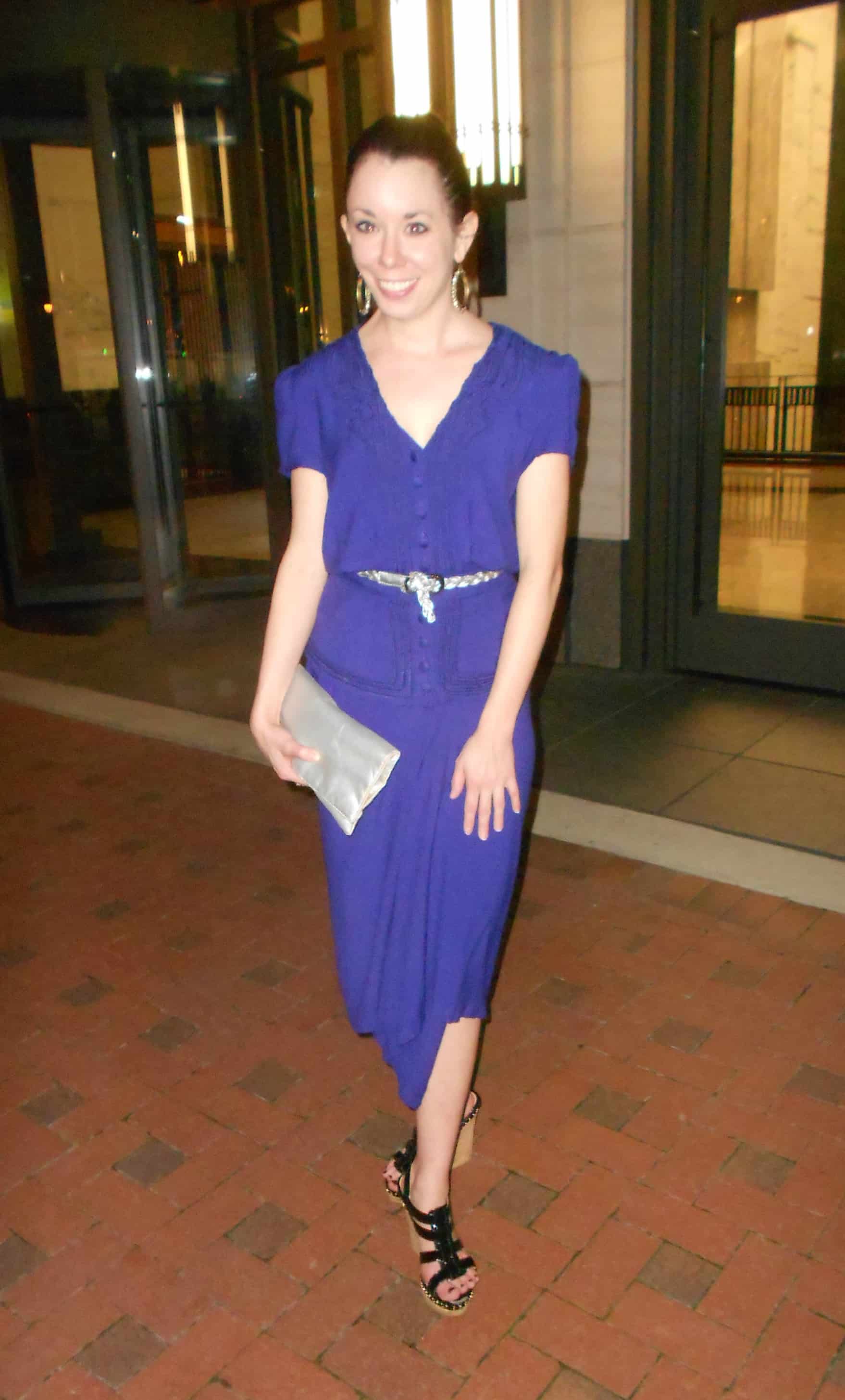 Today’s dress is inspired by this pleasantly purple peplumed number by Bottega Veneta.

Of course, Emma Stone can afford that just fine…

Time to get creative!  I found this $1 dress and knew I could make an acceptable copycat!  🙂

I won’t lie…I was a tad nervous about this one!  I got to chopping anyways!

We’re getting there!  I removed some of the buttons to make room for a plunging V!

I kept one of the buttons to stitch on to the waist where a button had gone MIA.

Then, I pinned my neckline into a nice, deep V.  It wasn’t quite as low as the original, but just as low as my mediocre modesty would allow!

I pinned down hems for my new sleeves, and quickly sewed them down, along with my new neck!  🙂

The skirt was still all big and pleated, so I gathered some of it towards the front and pinned it with a safety pin to give it a sort of Grecian detail(ish).

I gave my dress a nice press, and was ready to head out the door for this month’s Jasper Magazine Launch party!  🙂

As you can see, I didn’t have anything to use as the scarf/belt thing around the waist, so I tossed on a slim silver belt instead.  🙂

While at the launch party, I ran into my fellow theatre reviewer, August!  🙂

I think my refash is quite nice…